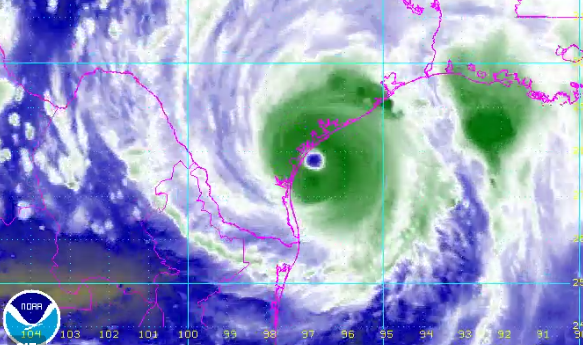 The following is a table of all the Category 4 or 5 hurricanes that have hit the US, 25 in all, since records began. 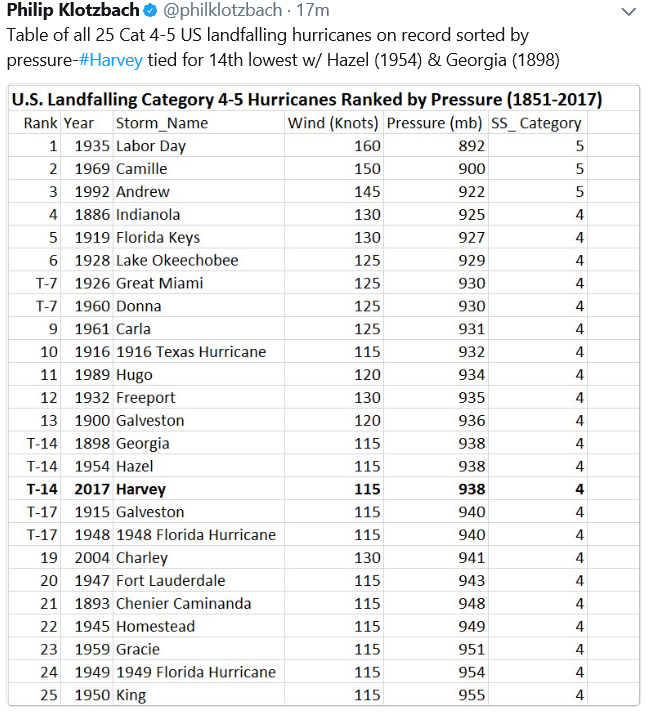 Note: Hurricane Katrina in 2005 was only a Category 3 hurricane when it hit land, and so is not on the above list, which lists only Category 4 and 5 hurricanes.

Not surprisingly some global warming alarmists have been insisting that major hurricanes have gotten more intense and more frequent in response to man warming the globe.

Yet, after distributing the above data as done below, we find the opposite is in fact true: many more hurricanes struck decades ago when atmospheric CO2 concentrations were much lower and the planet cooler:

The first 60 years of the 20th century (1901 – 1960) saw a total of 15 major hurricanes strikes. The next 57 years, until today, have seen only 6! That behavior contradicts the global warming/increased major hurricanes claim. Im any hypothesis can be drawn, it is that higher CO2 and global warming lead to less major hurricane strike. But that’s not what the alarmists want you to believe.

Those blaming AGW for Harvey either ignorant of past, or deceptive cause they know and say it anyway.”

And on Harvey’s “rapid intensification”, Joe tweeted that this has happened with many storms. “THEY stall all the time, HARVEY just got caught in Tex NOTHING TO DO WITH CO2.”

At his Saturday Summary here, Bastardi shows a number of examples of past storms behaving peculiarly, reminding viewers it’s all natural and happened before with CO2 below 350 ppm –  level some claim will bring back calmer weather.

19 responses to “Major Hurricane US Strikes Over Past 57 Years Plummet, Far Below That Of 60 To 120 Years Ago!”