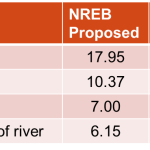 Share this…FacebookTwitterBy Nonoy Oplas The Philippines enacted the Renewable Energy (RE) Act of 2008 (Republic Act 9513), which contains various subsidies for renewable energies such feed-in-tariffs (FIT). Photo: Nonoy Oplas While it was signed into law in December 2008, FIT was not implemented until July 2012 because many sectors including manufacturing opposed higher price on already […]

Share this…FacebookTwitterThe Kelley et al study is increasingly looking like a politically bought panic paper, designed to send out a certain message and mislead the public. What is especially tragic about the whole nonsense is that the paper only serves to shift the focus away from the real causes behind the worsening tragedy in the […]

Share this…FacebookTwitterA few days ago I wrote about how Google was researching into changing how it ranks websites during searches, claiming that the aim was to give sites that are loose with the truth a lower ranking and to favor sites deemed to be reputable. But the possibility of abuse in such a system is worrisome. So I […]

Share this…FacebookTwitterSpiegel science journalist Axel Bojanowski here looks at the new paper “Climate change in the Fertile Crescent and implications of the recent Syrian drought,” PNAS, March 2, 2015 by Kelley et al, which claims the 2007−2010 drought contributed to the war in the region. A number of major news outlets, such as the New York […]

Share this…FacebookTwitterA recent publication in Nature purported it had finally detected the radiative forcing of increasing atmospheric CO2. German physical chemist Dr. Siegfried Dittrich slams the media’s assertions of proof that CO2 was guilty of the warming, claiming they are faulty and that they were passed on uncritically by German news weekly FOCUS ONLINE. Here’s […]

Megalomaniac Google? … Internet Behemoth Now Fancying Itself As The Ultimate Gatekeeper Of The Truth

Share this…FacebookTwitterLet no one deceive himself. If anyone among you thinks that he is wise in this age, let him become a fool that he may become wise.   – 1 Corinthians 3:18 A wave of commotion has just been unleashed by the very recent FOX News report on Google’s contemplating of changing the way it ranks […]

Share this…FacebookTwitterIt is indeed stunning. A must-watch. It’s as damaging a performance on behalf of a cause that you will ever see. EPA chief Gina McCarthy also says she doesn’t even know whose models policy is being based on. She says that the models diverging from actual observations “on the whole makes no difference to […]

Share this…FacebookTwitterBy Frank Bosse and Fritz Vahrenholt In February the sun was very quiet in activity. The observed sunspot number (SSN) was only 44.8, which is only 53% of the mean value for this month into the solar cycles – calculated from the previous systematic observations of the earlier cycles. Figure 1: Solar activity of the […]

Share this…FacebookTwitterSome days ago I wrote about how German news weekly Der Spiegel had resorted once again to catastrophe-hopping when it recently rolled out its print edition whose front cover featured a burning planet caused by human climate change. Skeptics in Europe reacted harshly, but at the same time dismiss the doomsday piece as a desperate sensationalism […]

European Institute For Climate And Energy: Ocean Cycles Are Main Driver, No Relationship Between Arctic Sea Ice And European Winters!

Share this…FacebookTwitterTwo days ago I wrote about the first part of an analysis (on Germany winter temperatures) by Kowatsch and Kämpfe appearing here at EIKE. Winter temperatures in Germany have been falling for a quarter of a century now. Much to my satisfaction, that post has been widely shared among social media. Today I’m writing […]

Share this…FacebookTwitterAs wind turbines increase in size and scale, so do their deadliness to wildlife and hazards to human health. Today’s modern wind turbines now soar to heights of up to over 200 meters, can have outputs of well over 5 MW, and blade tip speeds of over 300 kilometers per hour, thus making them especially […]

Share this…FacebookTwitterJosef Kowatsch and Stefan Kämpfe at the European Institute for Climate and Energy (EIKE) analyze the winter data from Germany’s DWD Weather Service an conclude that winters have been cooling. The two authors present a lengthy analysis of German winter trends and what factors impact them the most. Today I will focus on the […]