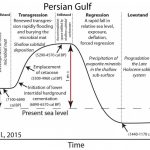 35 Scientific Papers: Global Sea Levels Were 1 – 2 Meters Higher Than Now For Most Of The Last 7,000 Years

Share this…FacebookTwitter CO2 Concentration Changes Do Not Drive Sea Levels From about 7000 years ago to 2000 years ago, or from the Mid- to Late-Holocene, atmospheric CO2 concentrations varied between only about 260 and 270 parts per million, or ppm.  Such low CO2 concentrations are believed to be “safe” for the planet, as they are […] 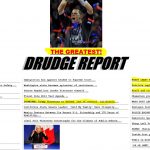 What A Stunning Comeback!

Share this…FacebookTwitterThe Atlanta Falcons and Roger Goodell have got to be feeling like Hillary Clinton right now. I have to admit I went to bed after it was 21 – 0 (2 a.m. Central European Time) thinking it was over — and not caring at all for the likely idiotic halftime show. Much to my […]