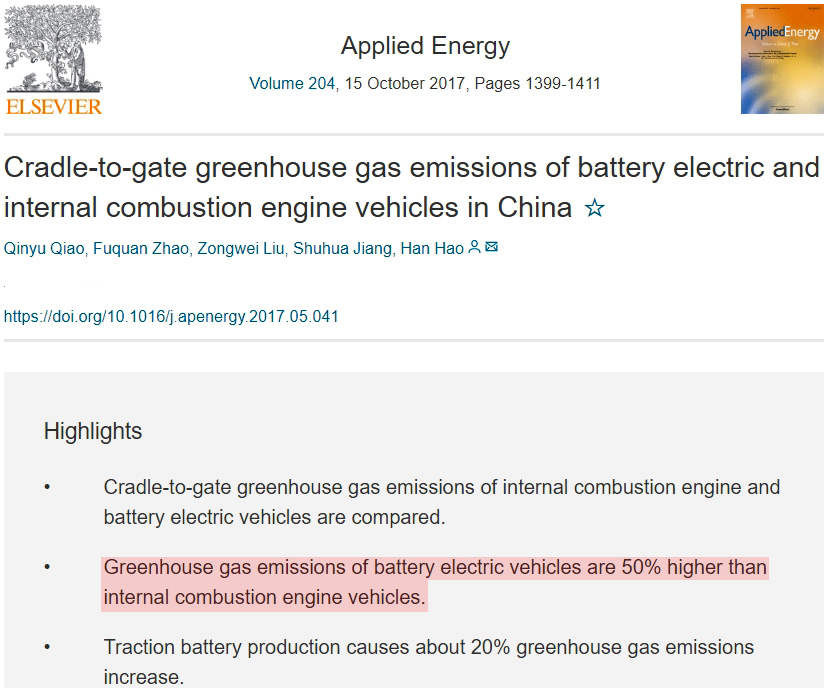 Sales of electric vehicles (EV) in China have exploded in recent years.

Why?  Because China’s electricity grid is overwhelmingly powered by fossil-fuels (i.e., 88% of China’s energy consumption  (2015) is derived from coal, oil and gas).   Therefore, the energy used to charge up an electric vehicle in China is derived from a rapidly growing fossil fuel-based electrical grid.

Fossil fuel-powered electricity grids are growing in prevalence across the world.  And this will continue to be the case as “1,600 coal plants are planned or under construction in 62 countries” which will “expand the world’s coal-fired power capacity by 43 percent” (New York Times, July, 2017).

As long as EVs continue to be predominantly powered by the growing fossil fuel infrastructure in China (“Chinese corporations are building or planning to build more than 700 new coal plants at home and around the world”), driving EVs will not reduce CO2 emissions relative to driving ICEVs.

According to Barkenbus (2017), “when EVs receive electricity with emission levels exceeding 559 gCO2/kWh, they, unfortunately, are net contributors to climate change when compared with conventional vehicles.”

China’s EVs receive electricity with emissions levels of 712 gCO2/kWh, which is 27% greater than the emissions associated with driving the average ICEV. 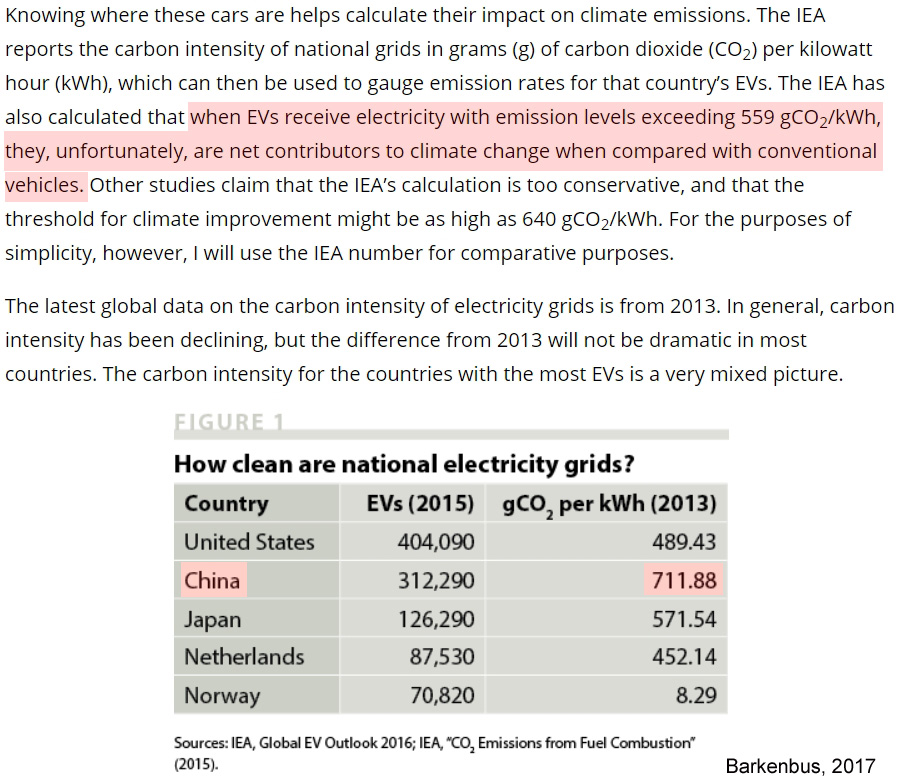 Not only that, but as the introductory image above indicates, the manufacture of battery-powered EVs emit 50% more greenhouse gas emissions (CO2) than ICEVs do.

“Electric Drive Vehicles (EDVs) are considered to be environmentally-friendly and have attracted much attention worldwide, and Battery Electric Vehicles (BEVs) are the most popular vehicles among all kinds of EDVs. In China, the country with the world’s largest automotive market, the government is determined to develop BEV industry and produced over 250 thousand BEVs in 2015, and the annual growth rate was 420%. In addition, according to the production plan, the cumulative output of BEVs in China will reach 5 million in 2020, meaning that BEVs will gradually replace Internal Combustion Engine Vehicles (ICEVs).  BEVs [Battery Electric Vehicles] are designed to obtain more environmental benefits, but the energy consumption and GHG emissions of BEV production are much larger than those of ICEV [Internal Combustion Engine Vehicles] production in China.”

So why is it that advocates of CO2 emissions reductions so readily extol the explosion of EV purchases and use worldwide?