In most scientific fields, hypotheses that fail to be verified by real-world observations 85% to 100% of the time are rejected immediately.

In Consensus Climate Science, when 126 of 126, 111 of 114, 42 of 49… modeled projections are wrong, or when the opposite sign of the modeled trend is observed, the climate models are still regarded as mechanistically correct, especially with regard to the CO2 climate influence.

Those who disagree are dismissed as “denialists”. 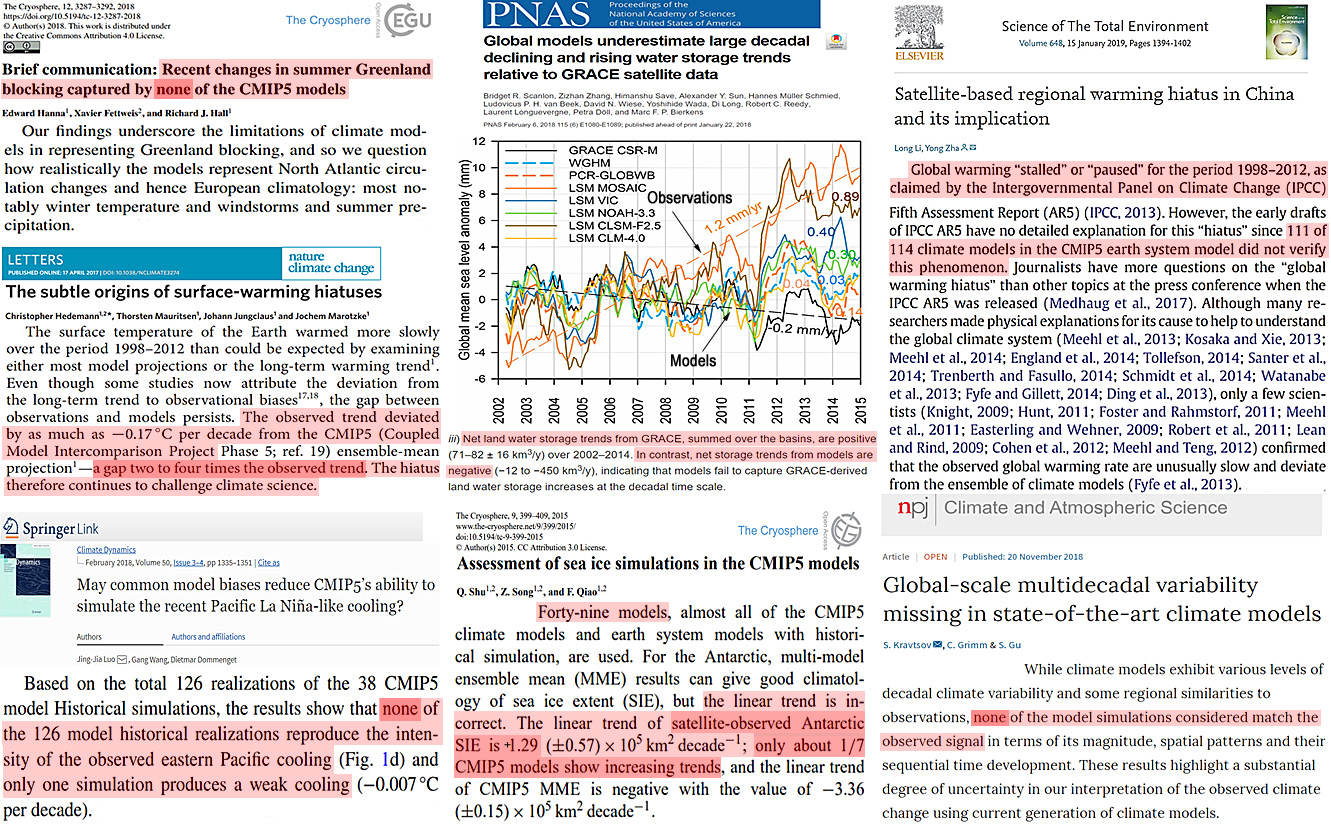 For 2019, the opposite-sign, contradicted-by-observations models continue to be highlighted in the scientific literature.

At what point will Consensus Climate Science actually question if the greenhouse gas forcings the models are predicated on need reconsideration?

“Observed changes in Northern Hemisphere snow cover from satellite records were compared to those predicted by all available Coupled Model Intercomparison Project Phase 5 (“CMIP5”) climate models over the duration of the satellite’s records, i.e., 1967–2018. A total of 196 climate model runs were analyzed (taken from 24 climate models). Separate analyses were conducted for the annual averages and for each of the seasons (winter, spring, summer, and autumn/fall). A longer record (1922–2018) for the spring season which combines ground-based measurements with satellite measurements was also compared to the model outputs. The climate models were found to poorly explain the observed trends. While the models suggest snow cover should have steadily decreased for all four seasons, only spring and summer exhibited a long-term decrease, and the pattern of the observed decreases for these seasons was quite different from the modelled predictions. Moreover, the observed trends for autumn and winter suggest a long-term increase, although these trends were not statistically significant.” 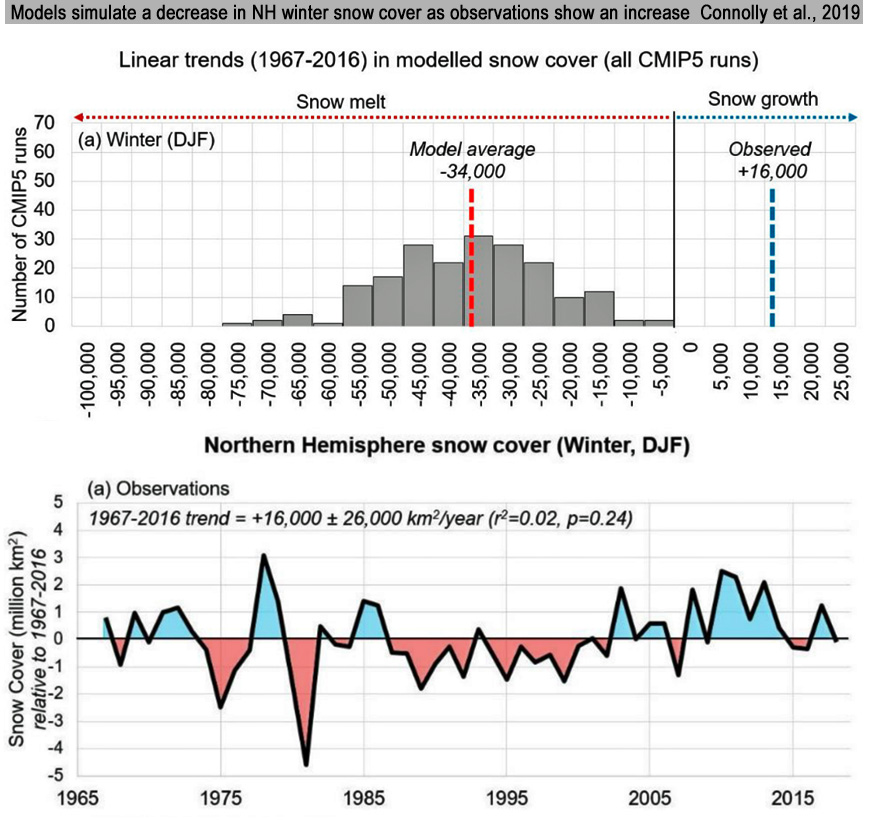 “However, three combined gridded observational datasets, four reanalysis datasets, and most of the CMIP5 models cannot capture extreme precipitation exceeding 150 mm day−1, and all underestimate extreme precipitation frequency. The observed spatial distribution of extreme precipitation exhibits two maximum centers, located over the lower-middle reach of Yangtze River basin and the deep South China region, respectively. Combined gridded observations and JRA-55 capture these two centers, but ERA-Interim, MERRA, and CFSR and almost all CMIP5 models fail to capture them. The percentage of extreme rainfall in the total rainfall amount is generally underestimated by 25%–75% in all CMIP5 models.”

“Here, by conducting a comprehensive analysis based on multiple independent observational records, including satellite observations along with a large ensemble of model simulations, we objectively determine the relative contributions of internal variability and anthropogenic warming to the emergence of long-term PWC [Pacific Walker Circulation] trends. Our analysis shows that the satellite-observed changes differ considerably from the model ensemble-mean changes, but they also indicate substantially weaker strengthening than implied by the reanalyses. Furthermore, some ensemble members are found to reproduce the observed changes in the tropical Pacific. These findings clearly reveal a dominant role of internal variability on the recent strengthening of the PWC [Pacific Walker Circulation].” 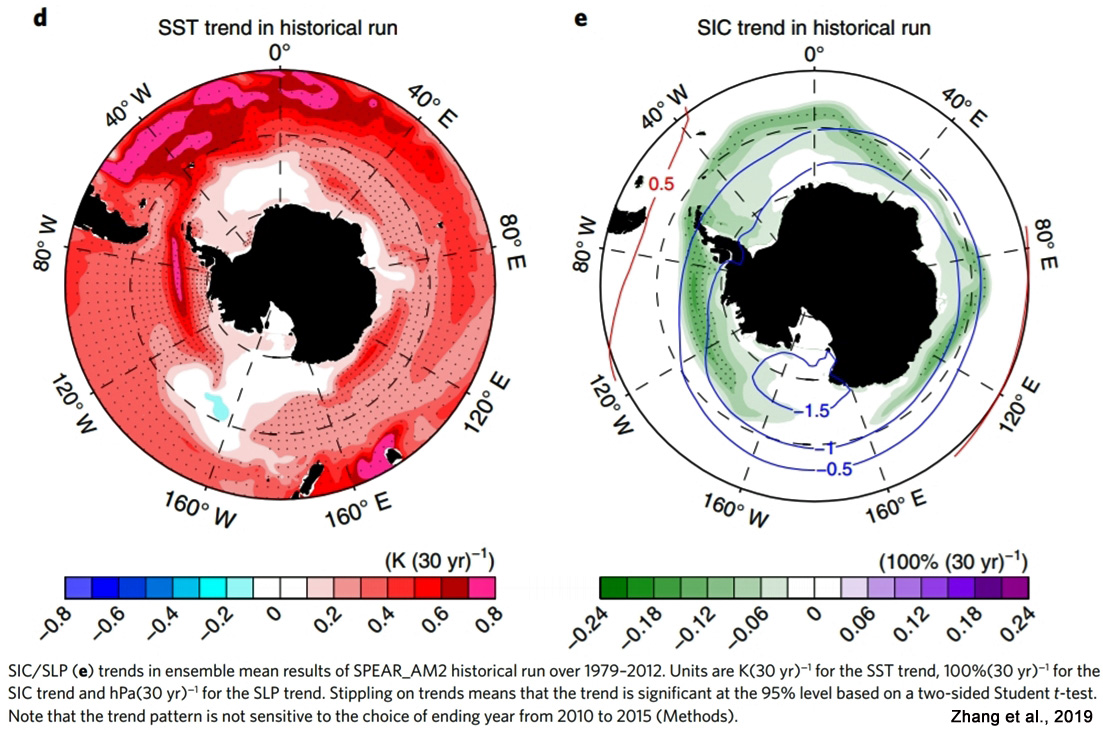