A new paper published in Remote Sensing reports substantial summer cooling of Antarctica’s entire sea ice region due to an increase in surface albedo between 1982 to 2015. 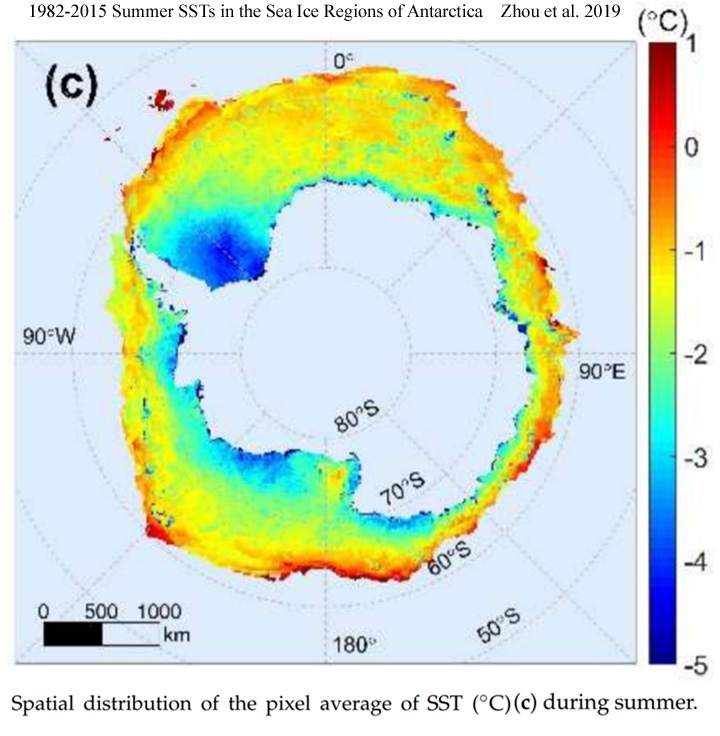 “The albedo, an important factor that affects the radiation balance of the earth–atmosphere system, has frequently been used for research on global climate change. Given the high albedo of snow and ice surfaces, most of the solar radiation on the surface of snow and ice in the ASIR are reflected back to the atmosphere. The albedo of unfrozen ocean is between 5% and 20% and is affected by solar zenith angle. Snow/ice albedo, which is strongly dependent on incident solar irradiance, snow grain size, and soot content, ranges from 50% to 90%, and fresh snow albedo reaches 90%. However, substantial incident solar radiation is absorbed by the Antarctic sea ice during summer; thus, the physical state of the snow/ice surface changes rapidly, such that the melting of snow and ice leads to dramatic changes in snow/ice surface albedo.”

“Consistent with the trend of SAL [surface albedo], the slope values of SIC [sea ice concentration]  were mostly positive, except for the BS (Table 4), which further demonstrated that the climate of the ASIR exhibits a cooling trend in recent decades. … The average SAL (Table 3), SIC (Table 4), and SST (Table 5) for the total ASIR were 46.75%, 65.39%, and −2.44 °C during summer.” 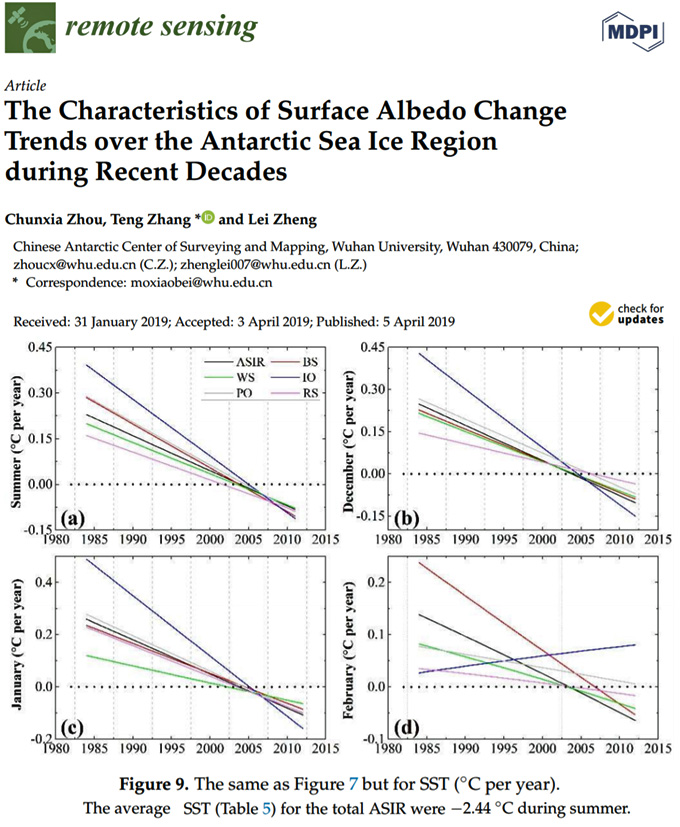 In another new paper, scientists have located mummified remains of elephant seals dated to about 1,000 years ago indicating this species was able to breed and molt in a region of the western Ross Sea, Antarctica, that is far too cold and sea ice-covered for them to presently occupy.

In fact, the closest elephant seals breeding colony today is ~2,400 km to the north (sub-Antarctic islands) of where these Medieval Warm Period-era remains were found.

The authors conclude that “for much of the Holocene, open water was seasonally present on VLC beaches north and south of Terra Nova Bay” and that “land-fast and multiyear sea ice has become much more pronounced in coastal settings over the last millennium.” 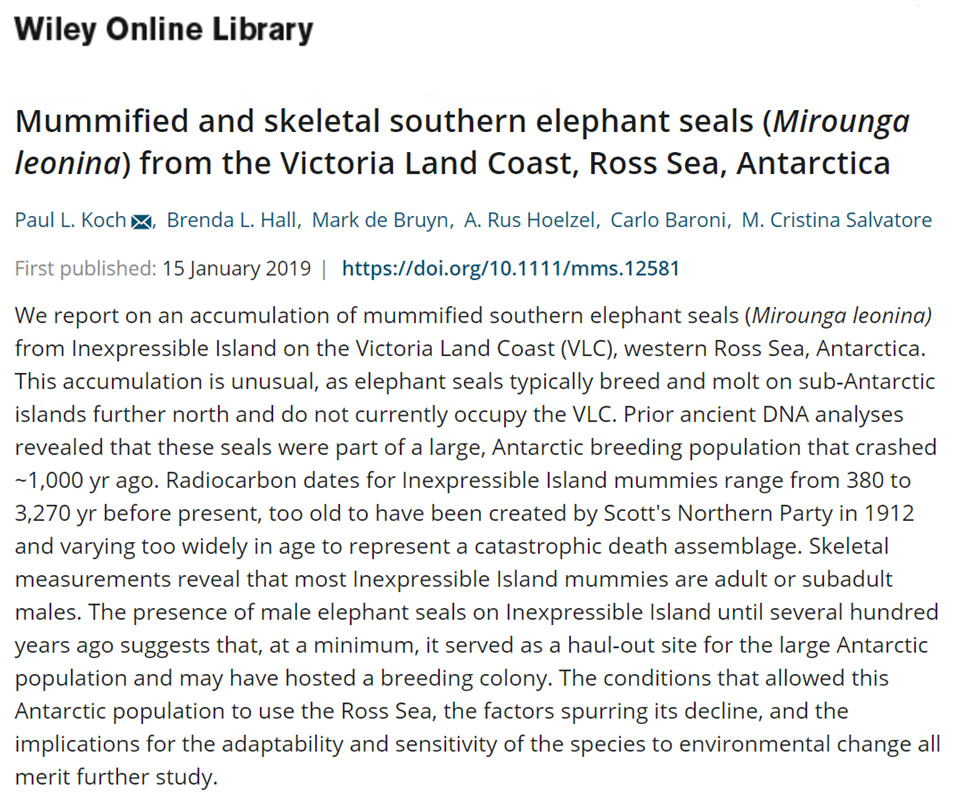 “We report on an accumulation of mummified southern elephant seals (Mirounga leonina) from Inexpressible Island on the Victoria Land Coast (VLC), western Ross Sea, Antarctica. This accumulation is unusual, as elephant seals typically breed and molt on sub-Antarctic islands further north and do not currently occupy the VLC. Prior ancient DNA analyses revealed that these seals were part of a large, Antarctic breeding population that crashed ~1,000 yr ago. Radiocarbon dates for Inexpressible Island mummies range from 380 to 3,270 yr before present.   This wide distribution of elephant seal remains is surprising, as the species typically breeds and molts on sub-Antarctic islands at lower latitudes. The closest extant breeding colony to VLC is on Macquarie Island (~54.5°S), ~2,400 km to the north.”

“The presence of southern elephant seals, geomorphic evidence for wave-generated beaches, and diatom data from nearshore cores all indicate that, for much of the Holocene, open water was seasonally present on VLC beaches north and south of Terra Nova Bay (Hall et al. 2006, Mezgec et al. 2017). Together, these lines of evidence suggest that land-fast and multiyear sea ice has become much more pronounced in coastal settings over the last millennium.”