Yet another region of the globe has not warmed (net) for the last 333 years.

The authors of a new study (Jiao et al., 2019) point out that temperature changes in the Tianshan mountains are “mainly influenced by the solar activity via the mean minimum temperature within approximately 11-year periods.”

Despite some warming since the 1950s, the authors do not maintain CO2 changes were an influencing climate factor in the 1680-2012 reconstruction. 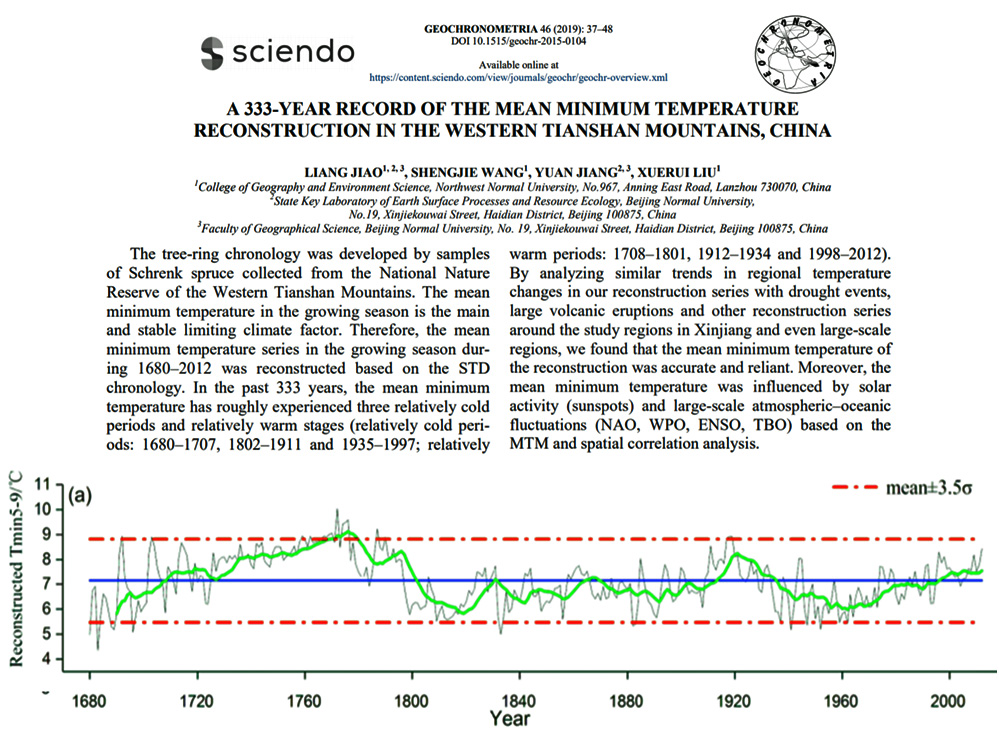