In recent decades, the Earth’s seas have been rising at a rate of under 0.8 mm/year (8 cm per century) according to estimations of the sum of contributions to sea level rise. In contrast, sea levels rose at rates of more than 40 mm/year ~10,000 years ago. 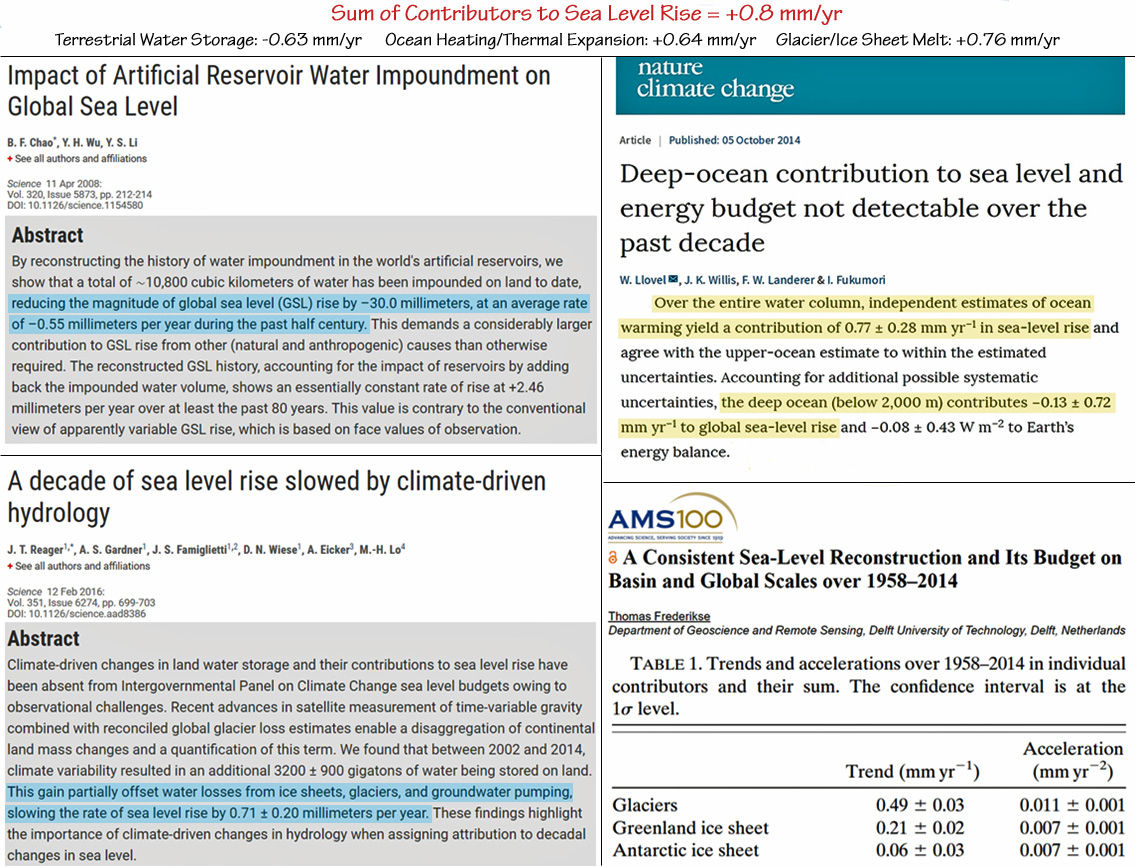 As the above image illustrates, the peer-reviewed scientific literature suggests the total contribution to sea level rise for recent decades can be calculated as about 0.8 mm/yr, or 8 cm (~3 inches) per century. 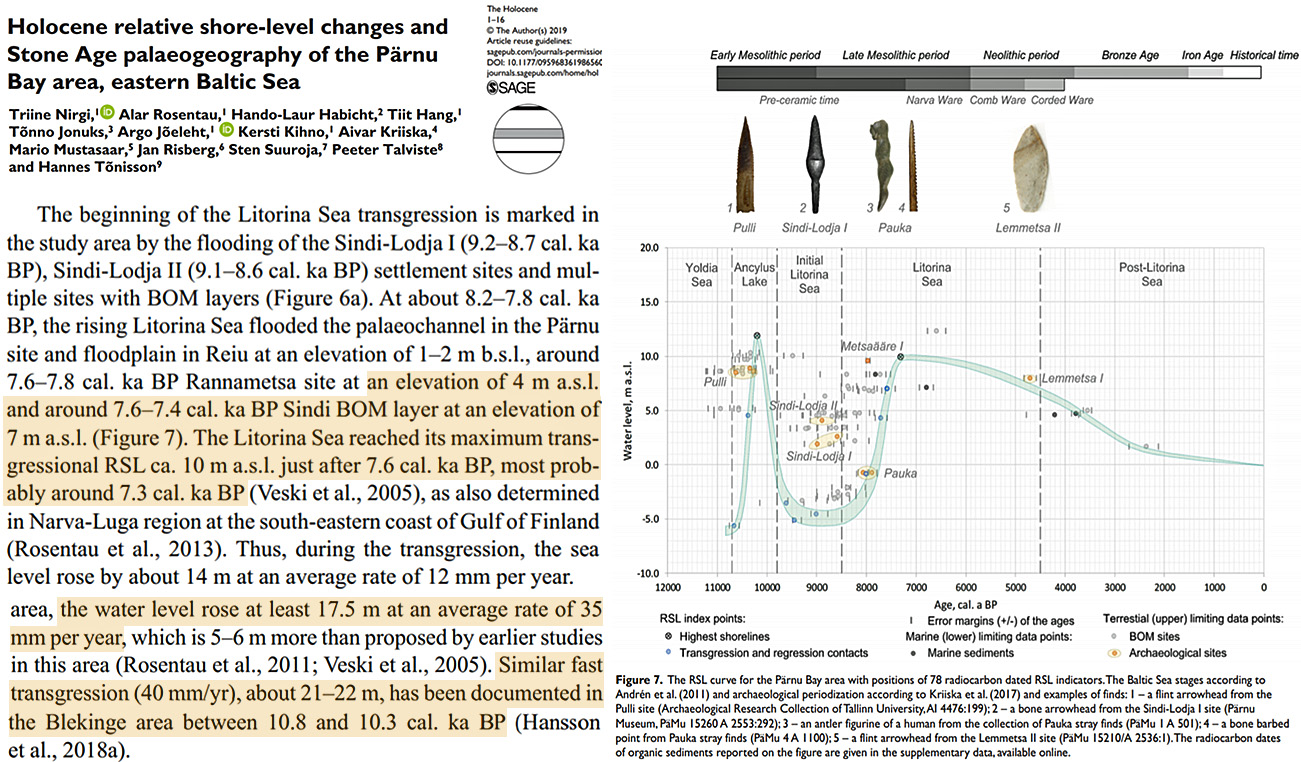 To put this sea level rise rate (40+ mm/yr) into perspective, shorelines retreated at rates of 40 m per year and 75 cm per week (Donoghue, 2011) earlier in the Holocene.

For other regions, sea levels naturally rose at rates of 6 meters per century (60 mm/yr) at the end of the last glacial maximum (Zecchin et al., 2015). 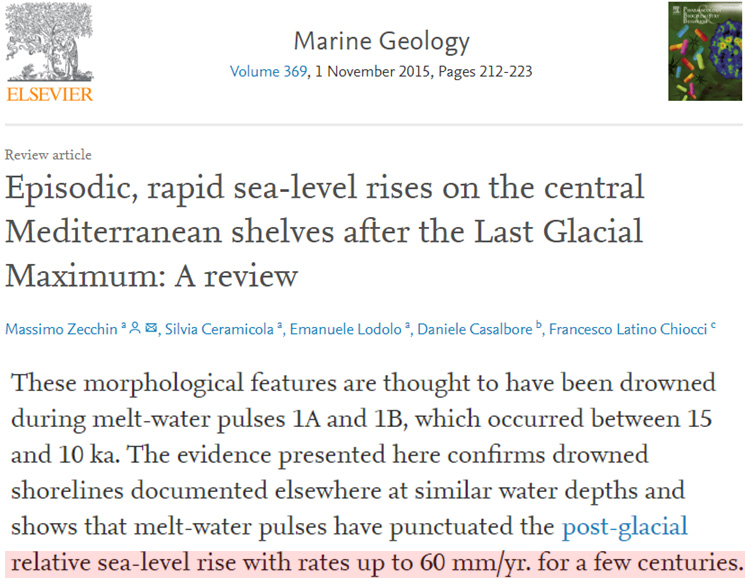 These explosive sea level rise rates were not just local or regional in scope, but hemispheric (at least). 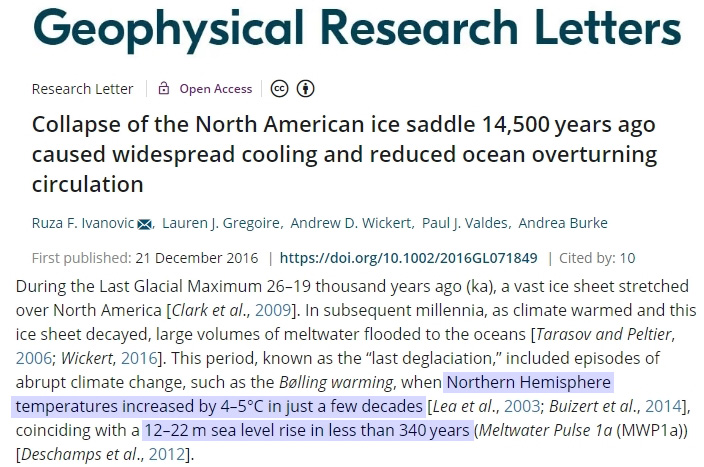