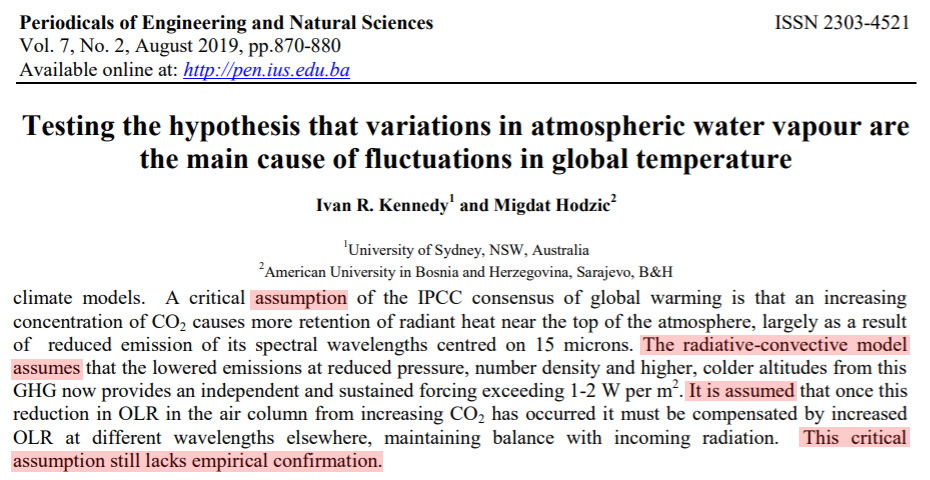 According to the IPCC and other sources, when CO2’s atmospheric concentration ranges between 0.03% and 0.04% (300-400 parts per million, or ppm), it literally warms the air by 7.2°C within the Earth’s 33°C greenhouse effect.

Problematically, at no time has it been empirically demonstrated in a real-world experiment that CO2 warms air by this temperature at this concentration. (Or any concentration.)

CO2’s capacity to warm air by 7.2°C is an non-validated assumption derived from the arbitrary estimation that CO2’s warming influence contributes about 20-25% to the Earth’s 33°C greenhouse effect.

Classroom lab experiments that use pure (1,000,000 ppm) CO2 in one container and air (N2, O2) in another to demonstrate the CO2 container warms more than the air container are only illustrating that CO2 molecules are heavier than nitrogen and oxygen molecules.

In other words, the CO2 molecules aren’t warming the container via their radiative properties, but due to the density differential for CO2 relative to N2 and O2. 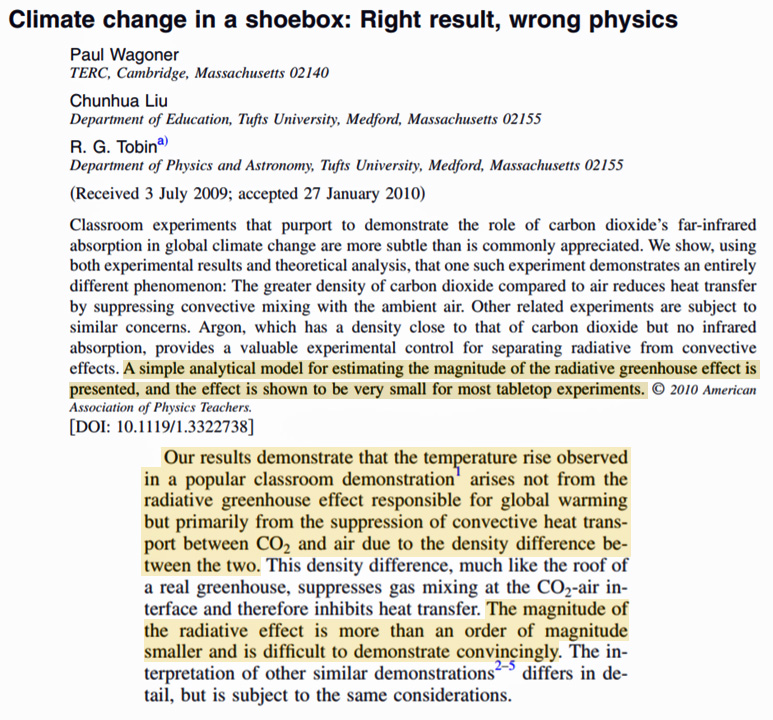 Another experiment (Allmendinger, 2016), again using pure (100%) CO2 in a container, compared the radiative absorption properties of CO2 to that of argon, helium, and air (nitrogen and oxygen).

Surprisingly, Dr. Allmendinger found that the capacity to absorb radiation (sunlight) was quite similar for CO2 and for argon, nitrogen, and oxygen. The latter 3 are non-greenhouse gases.

As Allmedinger summarizes, this means that “a significant effect of carbon-dioxide on the direct sunlight absorption can already be excluded.” 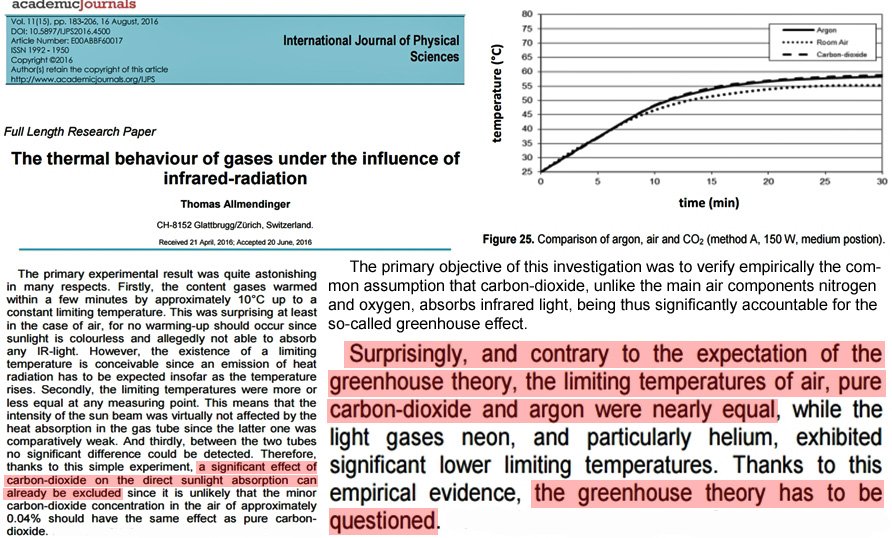 In a new paper, Kennedy and Hodzic, 2019 summarize the lack of real-world, observational support for the claim CO2 molecules elicit planetary heating in the process of explicating their postion that water vapor is the gas that dominates the Earth’s greenhouse effect.

They point out that the “critical assumption” that CO2 molecules reduce outgoing longwave radiation (OLR) to warm the Earth’s surface “lacks empirical confirmation.”

A graphic of OLR variability (Figure 1) from the paper demonstrates that “none” of the variation can be attributed to CO2’s influence.

Kennedy and Hodzic sum up their skepticism about CO2’s greenhouse effect influence by saying 1) “the effect of any increases in [CO2’s] concentration can only be theoretically inferred”; 2) other than by correlation or curve-fitting, there is no  “direct verification possible for the greenhouse effect of CO2”; and 3) there is no realized “clear spectral signal available showing significantly reduced OLR from increasing CO2.”

In other words, the specific greenhouse effect warming properties of CO2 have not been validated scientifically. 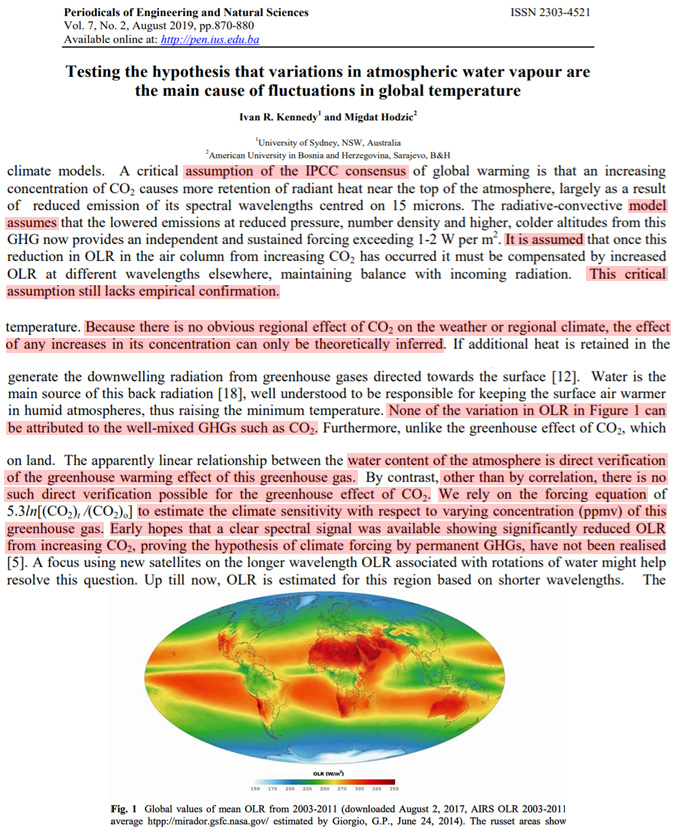