Dr. Peter Stallinga has published a comprehensive analysis of the Earth’s greenhouse effect. He finds an inconsequential role for CO2.

Feedbacks to warming are likely negative, as adding CO2 may only serve to speed up natural return-to-equilibrium processes.

As for absorption-reemission perturbation from CO2, “there is nothing CO2 would add to the current heat balance in the atmosphere.” 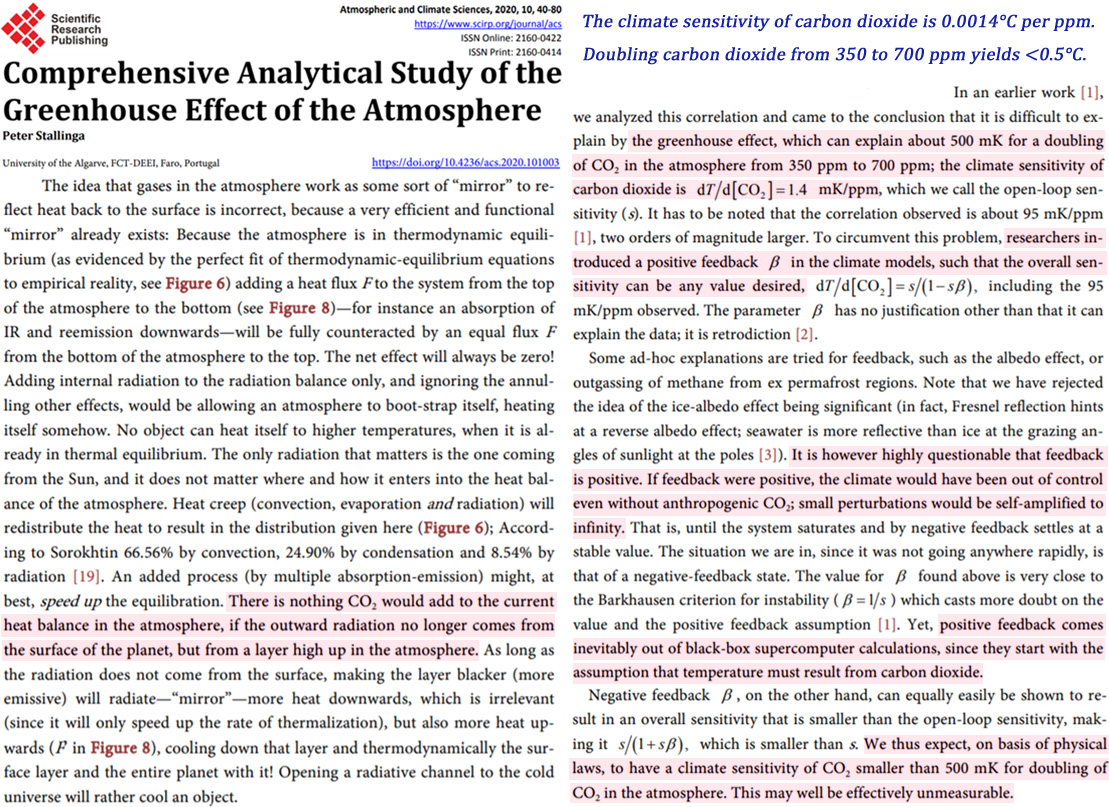 A portion of Dr. Stallinga’s paper worth highlighting – which he mentions only in passing – refers to the early history of the Earth’s greenhouse effect paradigm.

K. Ångström receives little attention as a pioneer of the conceptualization that warming and cooling resul from radiative imbalances within a planetary greenhouse effect.

About 120 years ago, Ångström (1900) contradicted the oft-cited Arrhenius (1896) – the atmospheric physicist referred to by proponents of anthropogenic global warming.

Ångström suggested Earth’s greenhouse effect is already saturated in its current (1900) state, and therefore increasing CO2 will have “no effect whatsoever” on climate (Stallinga, 2020). 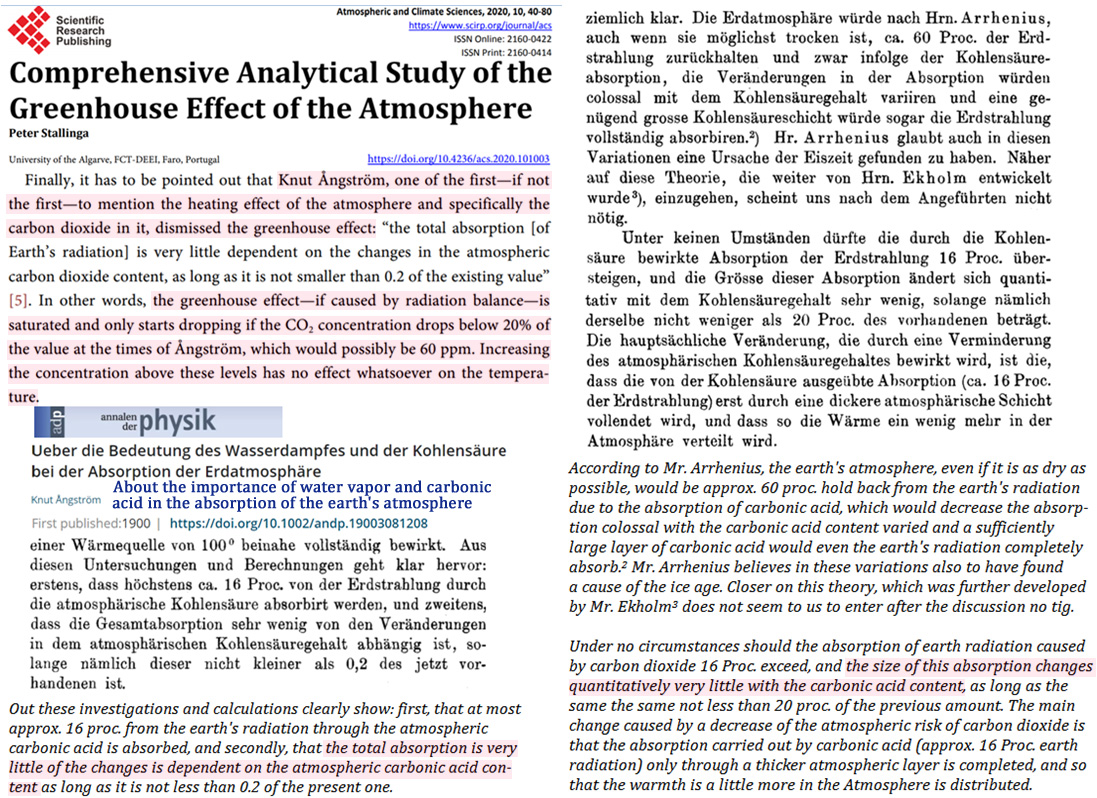