A new reconstruction for SE Greenland (1796-2013) shows temperatures have risen and fallen without any hockey-stick-like trajectories for the last 200+ years. Temperatures were warmer than today in the 1920s and 1940s and even briefly during the 1800s.

If rising CO2 concentrations are a driver of Arctic warming, the 19th and 20th centuries should presumably have been much colder than today.

(a) warming and cooling episodes of multiple degrees per decade throughout the last ~215 years in southeast Greenland; 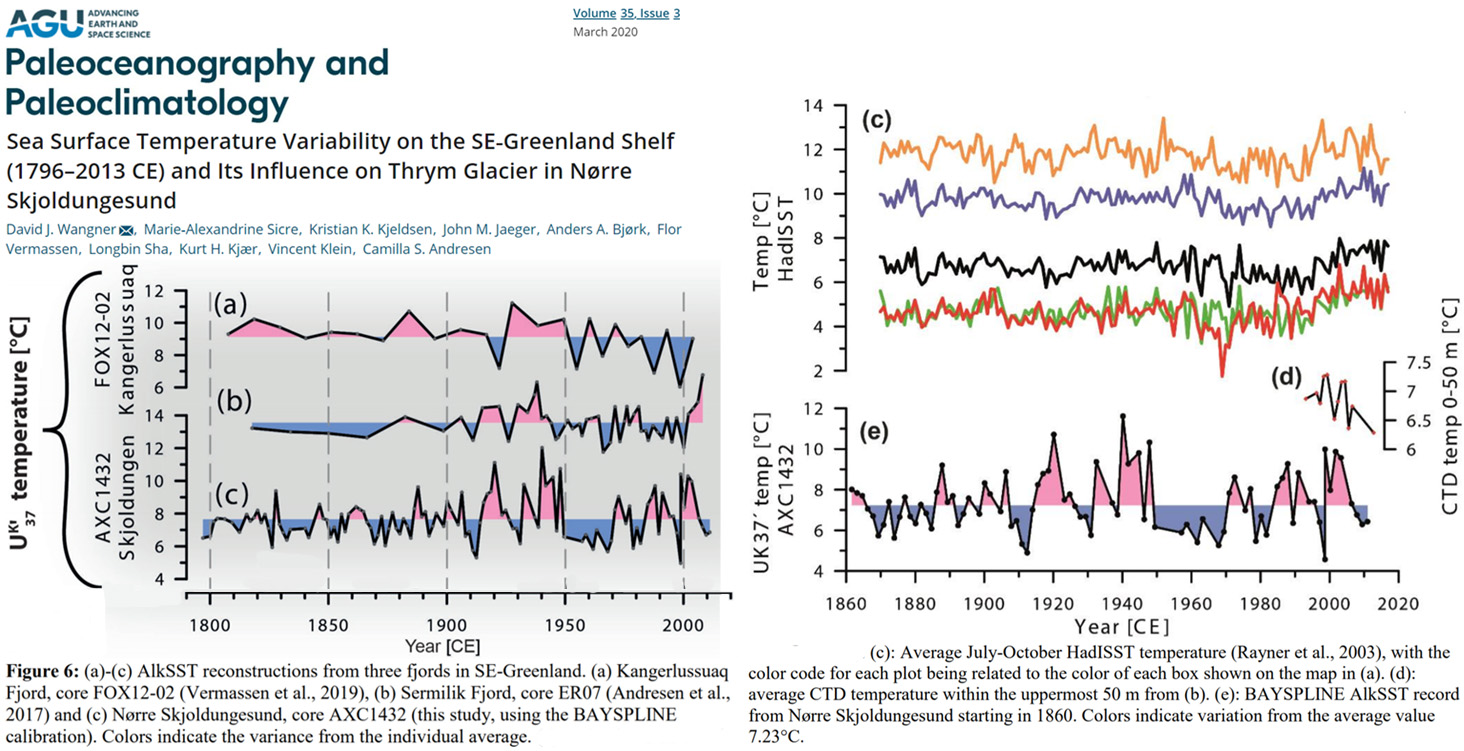