Dr. Richard Lindzen retired several years ago, and yet his immense contribution to the atmospheric sciences lives on. His research is still cited about 600 times per year.

Lindzen recently published another scientific paper (Lindzen, 2020) in The European Physical Journal criticizing the current alarmism in climate science.  Here are a few of the highlights.

1. Doubling the atmospheric CO2 concentration from 280 ppm to 560 ppm results in just a 1-2% perturbation to the Earth’s 240 W/m² energy budget. This doubled-CO2 effect has less than 1/5th of the impact that the net cloud effect has. And yet we are asked to accept the “implausible” claim that change in one variable, CO2, is predominatly responsible for altering global temperatures.

2. A causal role for CO2 “cannot be claimed” for the glacial-to-interglacial warming events because CO2 variations follow rather than lead the temperature changes in paleoclimate records and the 100 ppm total increase over thousands of years produce “about 1 W/m²” of total radiative impact.

3. Climate science didn’t used to be alarmist prior to the late 1980s. Scientists were instead sufficiently skeptical about claims of climatically-induced planetary doom. That changed during the years 1988-1994, when climate research centered on CO2 and global warming received a 15-fold increase in funding in the US alone. Suddenly there was a great financial incentive to propel alarming global warming scenarios.

“The change in equator-to-pole temperature difference was attributed to some imaginary ‘polar amplification,’ whereby the equator-pole temperature automatically followed the mean temperature. Although the analogy is hardly exact, this is not so different from assuming that flow in a pipe depends on the mean pressure rather than the pressure gradient.” 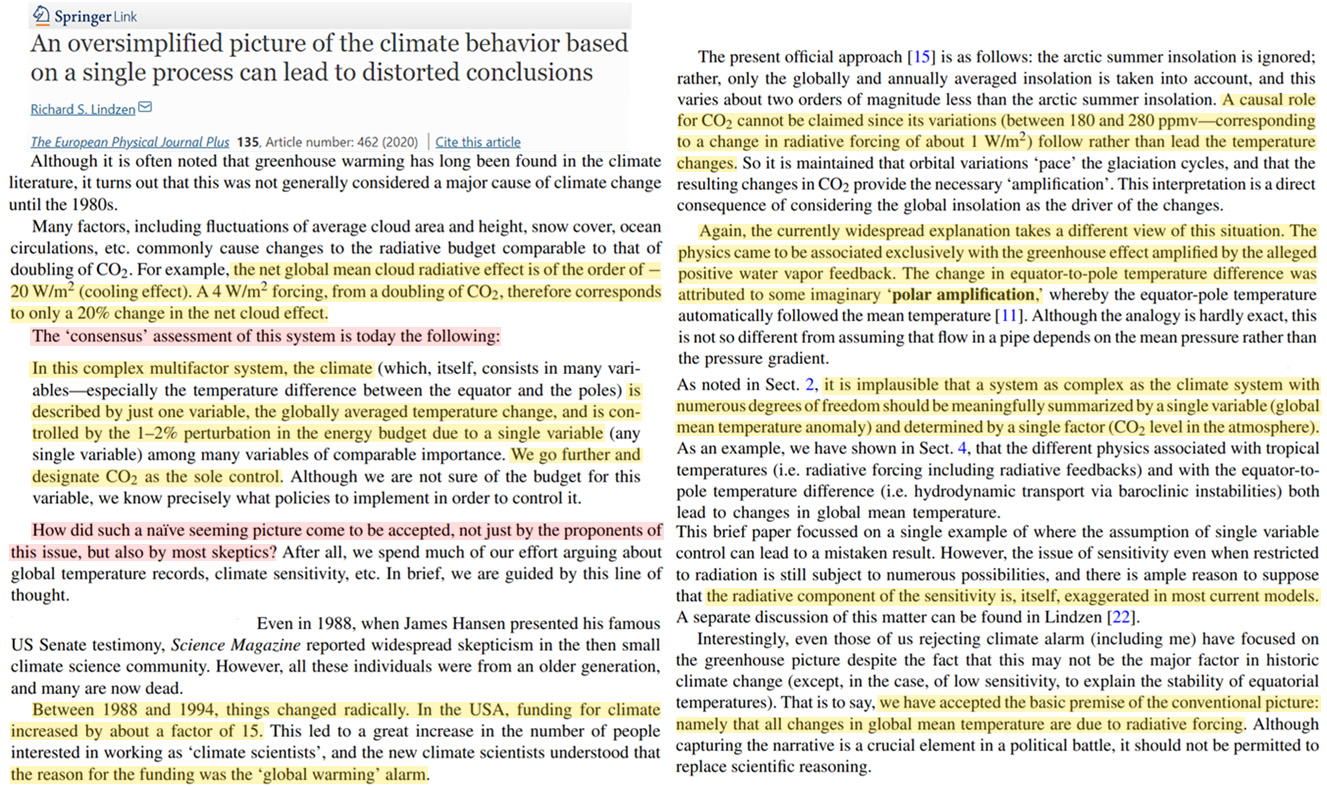