A New Experiment Finds Just A 1.3°C Temperature Differential For Contained Air With 0.05% Versus 100% CO2

Levendis et al. (2020) tried using an experiment with air-filled (99% nitrogen and oxygen) versus CO2-filled (100% CO2) balloons to demonstrate a consequential warming effect for CO2. But their study may have demonstrated the opposite. 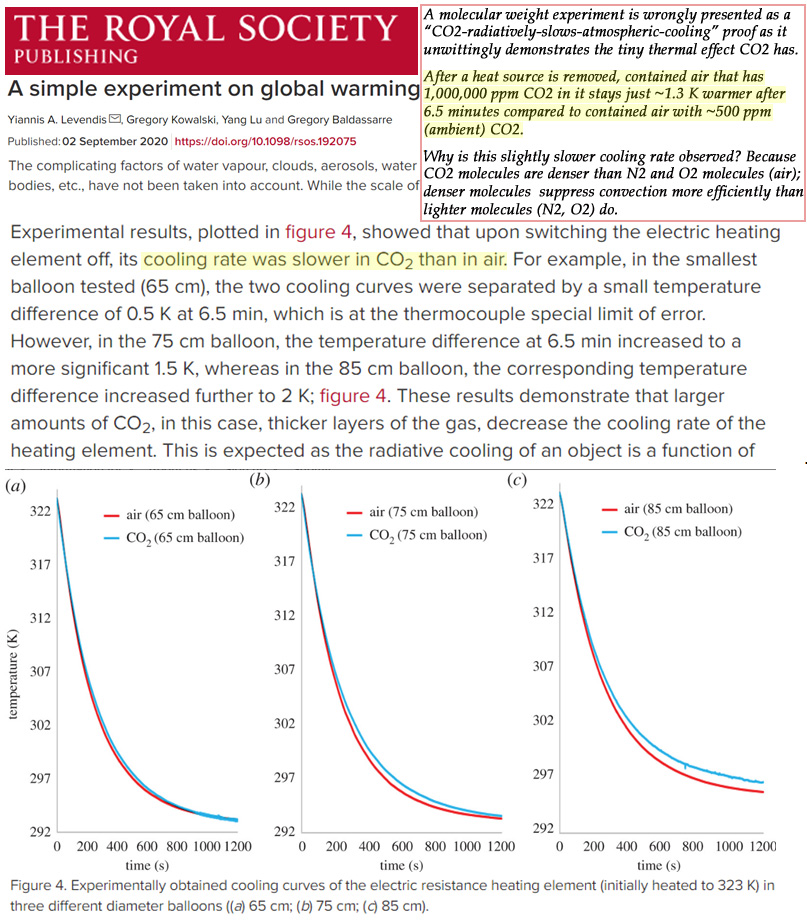 Perhaps recognizing it would not be helpful to the cause to publish an experiment exposing just how minuscule a warming effect CO2 has, Reviewer #2 sympathetically urged rejection of the paper for publication in its initial form and continued to criticize it after edits were made to the manuscript.
.
She or he suggested what’s being observed in Air-vs.-CO2 experiments like these is the comparison of convective heat transport for lighter N2 and O2 molecules relative to heavier CO2 molecules. In other words, this is a molecular density experiment and doesn’t represent the “actual physics of the greenhouse effect.”  Reviewer #2 even suggests “finessing” the paper with a disclaimer that says this is “not how CO2 warms the Earth” as she or he wonders aloud “what’s the point of publishing the paper”. 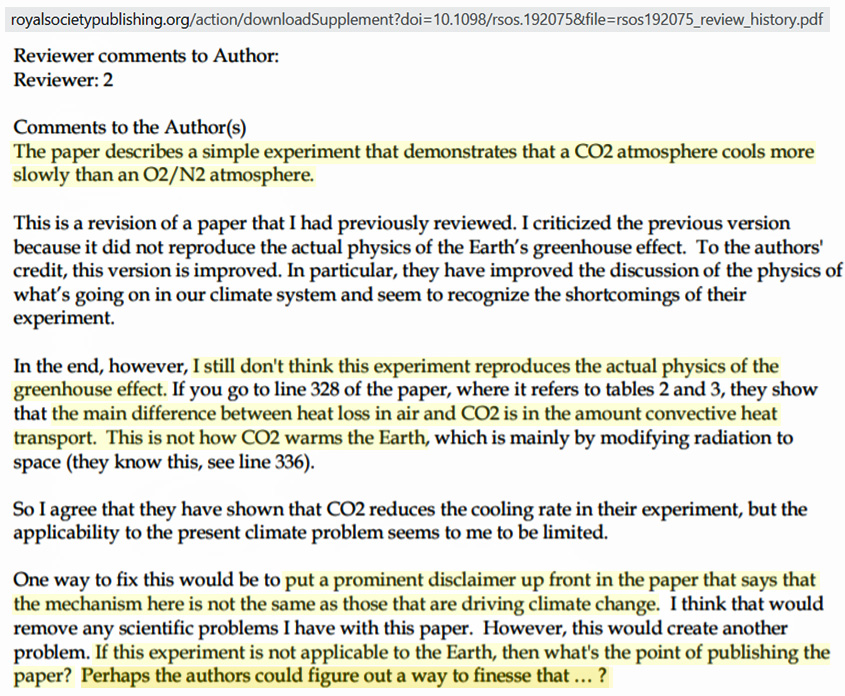 Reviewer #2 is correct. These lab experiments claiming to show CO2’s special role in the greenhouse effect only demonstrate denser molecules like CO2 (44 u) slow heat loss better than (29 u) lighter (N2 and O2, air) molecules, just as a heavier coat slows cooling better than a lighter coat.

In fact, Argon (Ar) has a much larger representation in the atmosphere (~9,000 ppm, or 0.9%) than CO2 does, but it is not considered a greenhouse gas that plays a role in the greenhouse effect. Yet as Wagoner et al. (2010) point out, Ar can be shown to reduce cooling (or “cause” warming) at an identical rate and magnitude as CO2 molecules do in experiments like these because both Ar and CO2 have similar molecular densities (40 vs. 44 u) whereas N2 and O2 (29 u) do not. 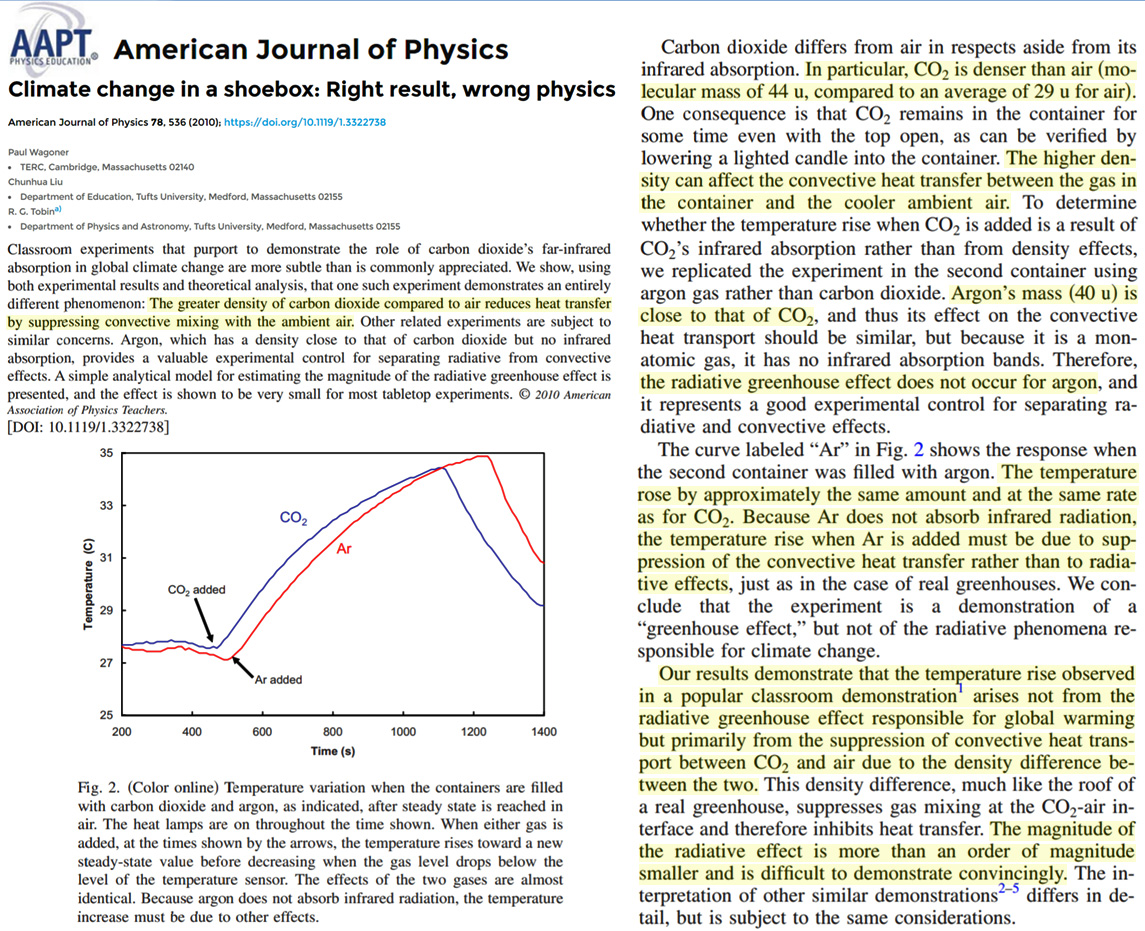 Wagoner and colleagues clearly affirm their support for the anthropogenic global warming (AGW) position in their paper, but they lamentably admit that a demonstration of CO2’s special and significant greenhouse effect role “is difficult to demonstrate convincingly.” This is because the magnitude of the CO2’s radiative effect is already “more than an order of magnitude smaller” than observed in experiments like these that merely affirm the larger convective cooling reduction for denser vs. lighter molecules.

A real-world demonstration of CO2’s “specialness” as a greenhouse gas has yet to be observed.