Why have sea surface temperatures and proxy temperature reconstructions so strongly diverged from the instrumental land record in recent decades? Because “0.36 ± 0.04 °C” of non-climatic warming from roofs, asphalt, machines, vehicles…artificially enhances the post-1950s global temperature trend.

• Tree ring temperature reconstructions showed a strikingly similar pattern of amplitude and oscillation prior to the 1980s. After the 1980s, the instrumental record claims more than twice as much warming as the proxy records. 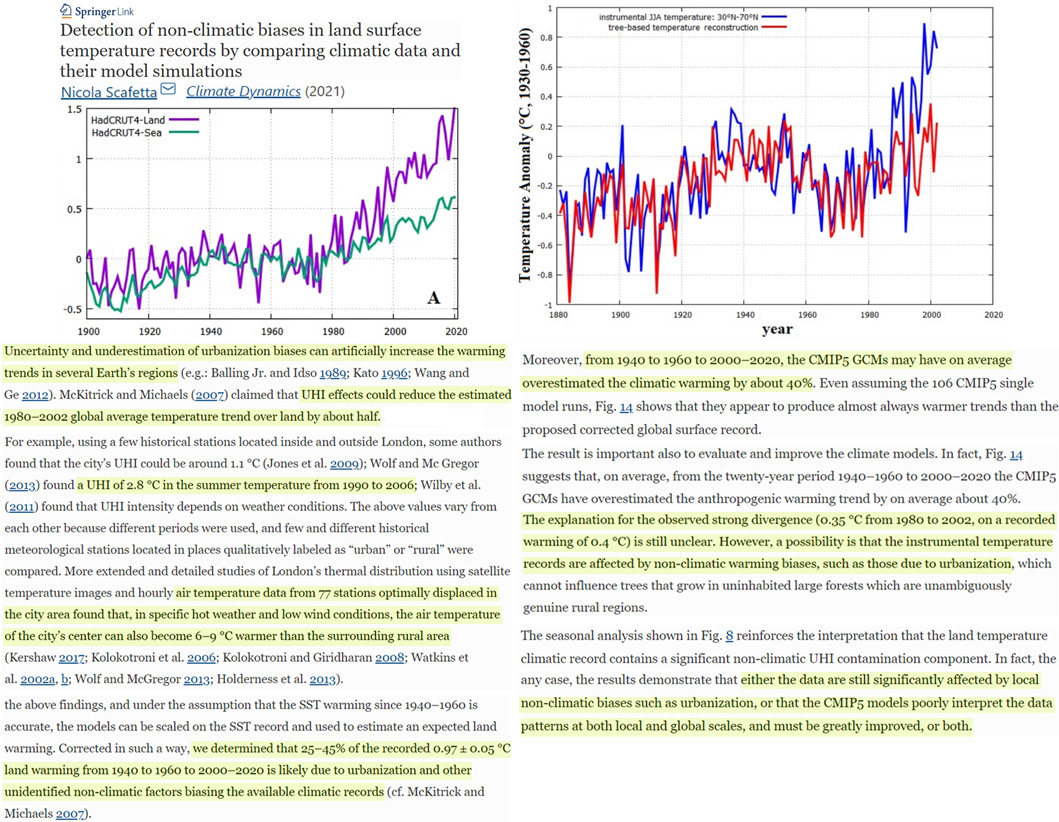