In the 20 thousand years between about 55 and 35 thousand years ago, the agreed-upon paleoclimate CO₂ reconstructions suggest concentrations hovered around 200 ±10 ppm (Kohfeld and Chase, 2017). It was during this phase, however, that a 33-author new study (Olsen et al., 2021) suggests abrupt and dramatic changes in the Earth’s magnetic field (for example, a “10-fold decrease in the cosmic ray cut-off rigidity”) about 42,000 years ago “drove synchronous global climate” from interglacial-like conditions (with surface temperatures within 1 to 1.5°C of today’s 54 to 42 ka) to a fully glacierized state.

The catastrophic consequences of this Grand Solar Minima-induced global-scale “pervasive and widespread cold conditions” and “greatly reduced surface temperatures” resulted in tens of meters of sea level fall, the disappearance of lakes and fresh water sources, the North American Laurentide ice sheet advancing more than 1,000 kilometers within just a few thousand years, and the consequent destruction of megafaunal (i.e., wooly rhino, mammoth, bison) habitat that led to their extinctions.

It has previously been thought that the entire ~90,000-year interval sandwiched between the last interglacial ~120,000 years ago and the Holocene (11,700 years ago to present) had gradually and slowly dipped into glacial conditions over the course of many millennia, and that human perturbations were responsible for the last glacial peak in megafaunal die-offs. But since the extinctions occurred 10 to 15 thousand years after it was still warm enough for anatomically modern humans (AMH) to occupy sites north of the Arctic circle from 55 to 50 thousand years ago, the authors suggest it was far more likely Grand Solar Minima-induced habitat destruction centered around the dramatic climate shift 42,000 years ago is responsible for the demise of large mammalian species.

So, once again, the paleoclimate record affirms pervasive and “synchronous global climate shifts” occur without any obvious contribution from atmospheric CO₂ concentration changes. 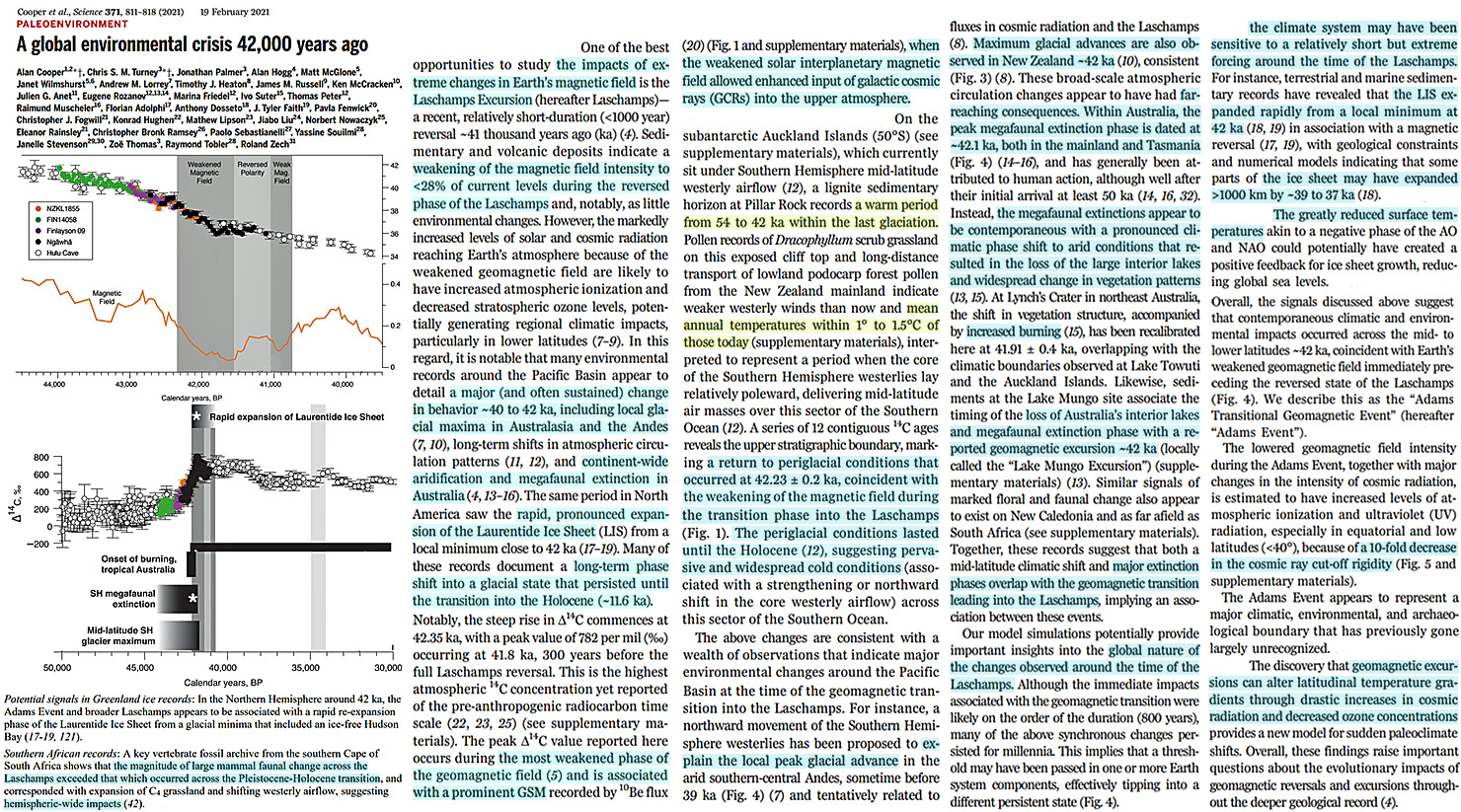 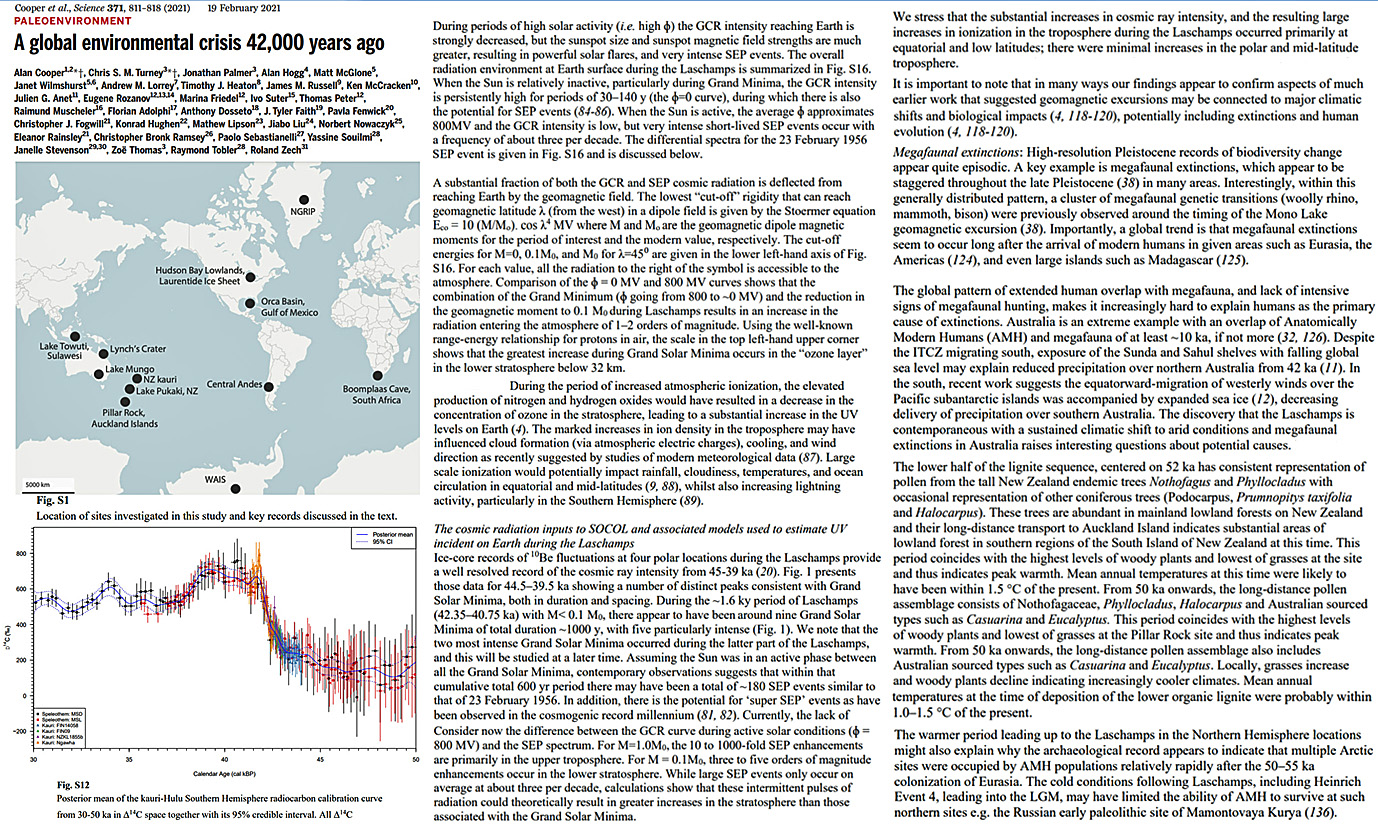 Some key quotes from the paper and supplemental materials:

“a warm period from 54 to 42 ka within the last glaciation [with] annual temperatures within 1°C to 1.5°C of those today”

“a weakening of the magnetic field intensity to <28% of current levels during the reversed phase of the Laschamps [led to] a return to periglacial conditions that occurred at 42.23 ±0.2 ka”

“a 10-fold decrease in the cosmic ray cut-off rigidity”

9 responses to “42,000 Years Ago A Massive Geomagnetic Shift Plunged A Warm Earth Into An Ice Age…But CO₂ Didn’t Budge”