A new study robustly affirms Earth’s recent vegetation greening trend by eliminating overestimations (false positives). Although this more restrictive analytical approach reduces the observed percentage of the Earth’s land greening from 36% to 15%, it also means that, when using the mean analysis, no browning trend can be detected in the last 40 years.

It’s been known since the 19th century that (a) CO₂ concentrations of only 300 ppm are “sub-optimal for plants,” (b) anthropogenic CO₂ emissions “promote plant growth and crop yield,” and (c) even the act of humans breathing (~40,000 ppm with each exhalation) “strongly promotes [plant] growth” (Kuschera & Khanna, 2021) 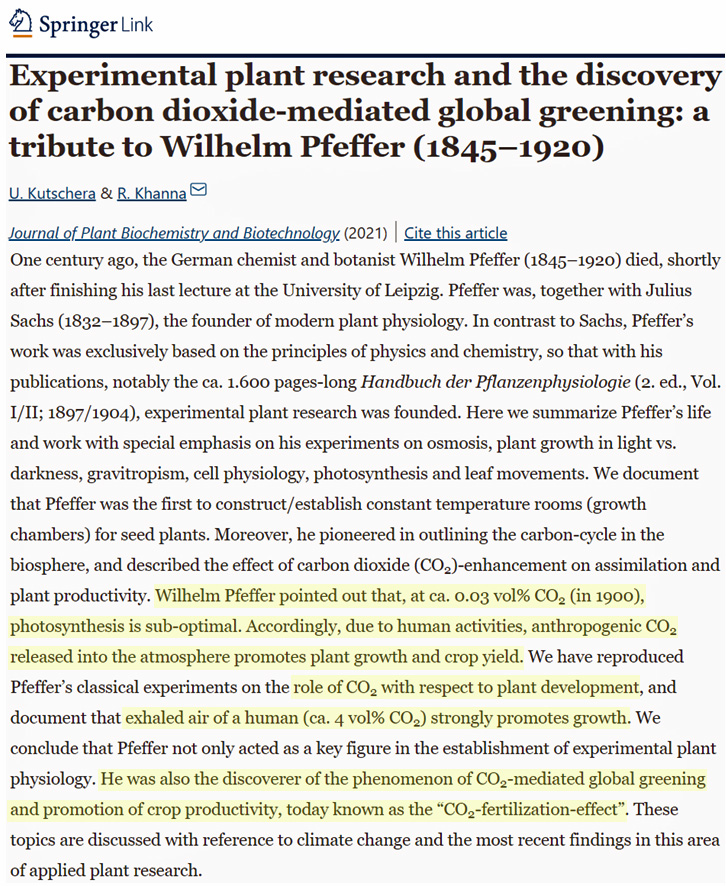 Previous satellite observations suggested 52% of the Earth’s land surface has been greening and 12% browning (Winkler et al., 2019), which is about a 4-to-1 ratio.

Cortés et al., 2021 assert these greening estimations are far too high, as they argue “the commonly used analysis method is detecting too many regions with trends.” They have reanalyzed the LAI using the mean or the median to aggregate yearly values so as to reduce or eliminate false positives. While Cortés and colleagues still detect significant greening around the world, the greening regions are “smaller and less abundant.”

The scientists specify that by “controlling the probability of detecting false positives, we make the detected trends more robust.” Consequently, they “have more confidence in these observed greening patterns.”

This refined analysis method indicates the Earth’s greening trend out-ratios Earth’s browning trend 15-to-1 using median values. And when using the mean, no browning trend can be detected anywhere on the globe since 1981. 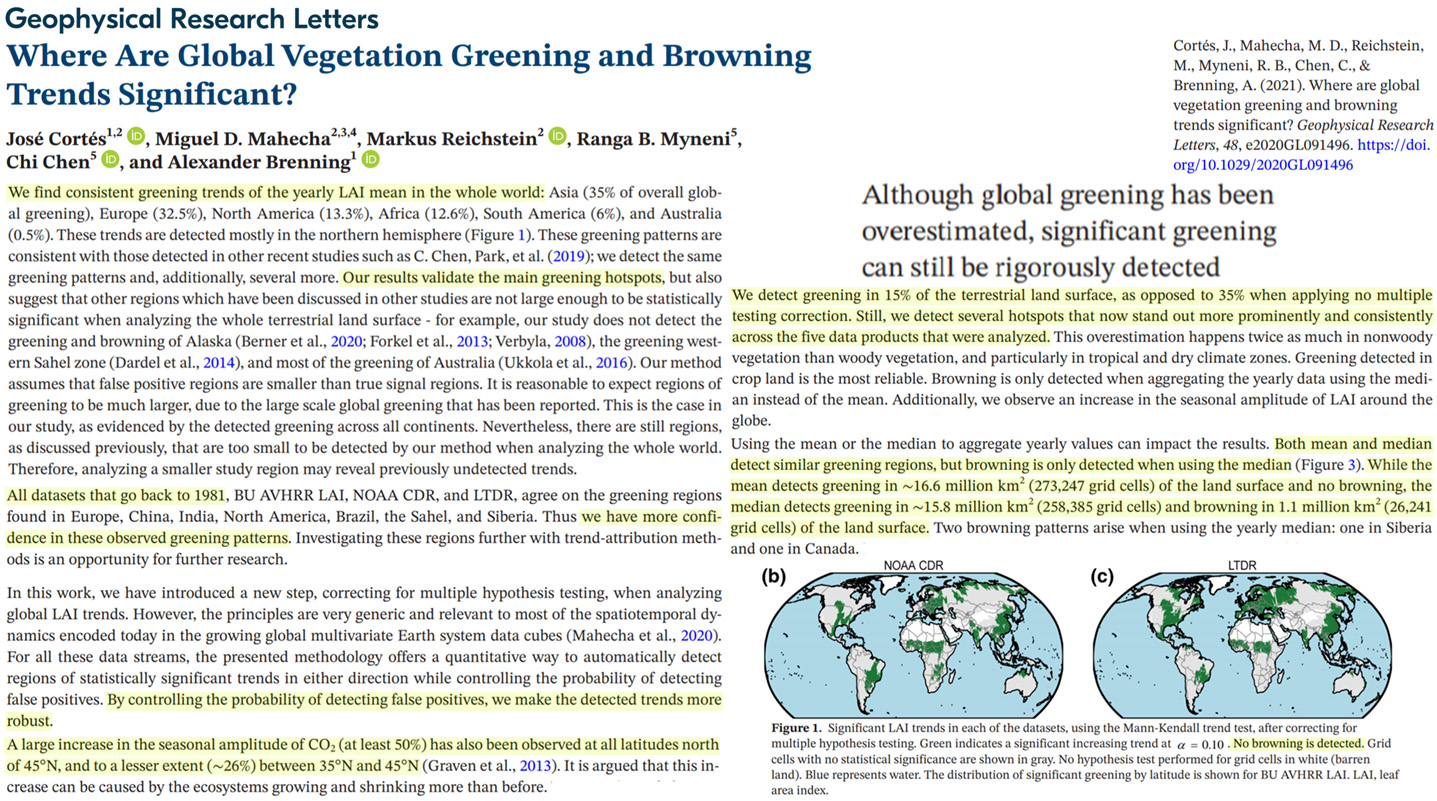