Scientists have calculated the years of life lost (YLL) attributed to exposure to “non-optimum” temperatures.  It turns out that during the 2000s – supposedly the warmest years on record – people were still far more likely to die from exposure to cold temperatures than warm temperatures.

The country with the largest human population has recently experienced “the coldest records since the monitoring service first operated,” the “lowest [air temperature] in 44 years,” and “the coldest temperature in the past 59 years” during prolonged cold waves that directly led to excess mortality (Ho et al., 2020). 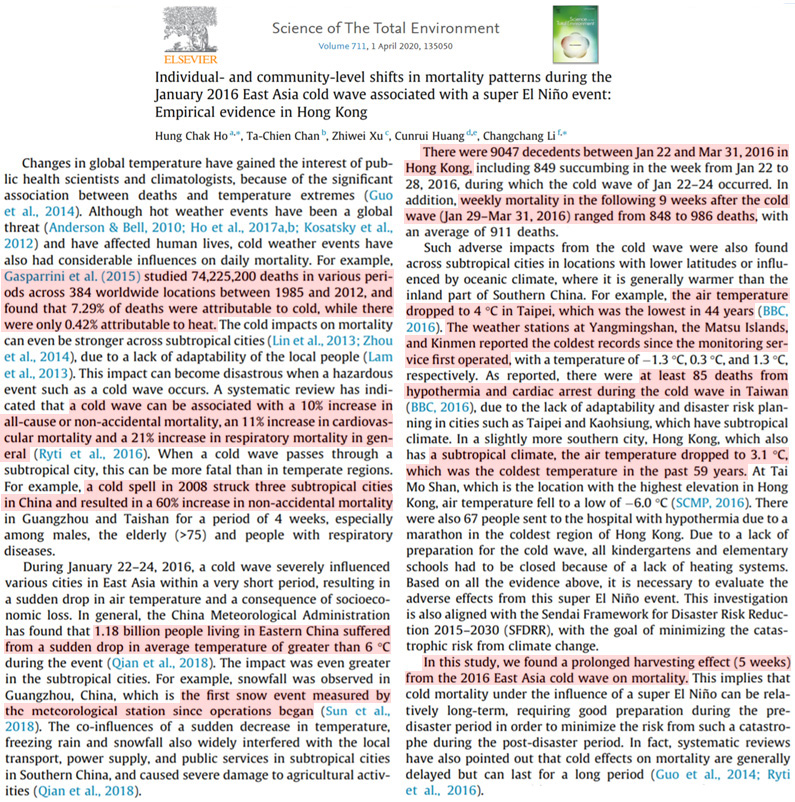 In other words, people were about 7 to 10 times more likely to die from exposure to cold temperatures during the supposedly warmest years on record. 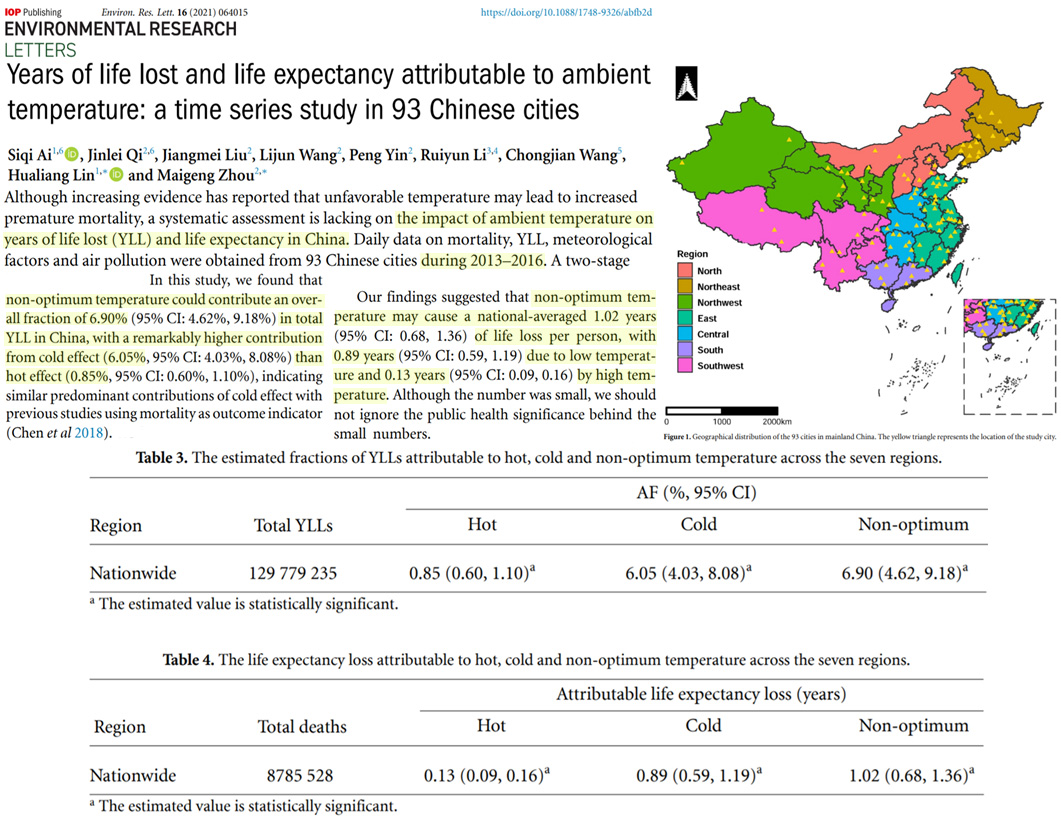 “Although numerous studies have investigated premature deaths attributable to temperature, effects of temperature on years of life lost (YLL) remain unclear. We estimated the relationship between temperatures and YLL, and quantified the YLL per death caused by temperature in China. We collected daily meteorological and mortality data, and calculated the daily YLL values for 364 locations (2013–2017 in Yunnan, Guangdong, Hunan, Zhejiang, and Jilin provinces, and 2006–2011 in other locations) in China. A time-series design with a distributed lag nonlinear model was first employed to estimate the location-specific associations between temperature and YLL rates (YLL/100,000 population), and a multivariate meta-analysis model was used to pool location-specific associations. Then, YLL per death caused by temperatures was calculated. The temperature and YLL rates consistently showed U-shaped associations. A mean of 1.02 (95% confidence interval: 0.67, 1.37) YLL per death was attributable to temperature. Cold temperature caused 0.98 YLL per death with most from moderate cold (0.84).”