New temperature reconstructions using coral skeletons as proxies reveal there has been no apparent net warming in the Great Barrier Reef, central Indian Ocean, and South China Sea since the 19th century – or even in recent decades.

Coral skeletons can be used as proxies to reconstruct 1870s-present sea surface temperatures “throughout the Great Barrier Reef”. Evidence of dramatic warming aligning with the post-1940s rise in CO2 emissions is absent in the reconstructions. 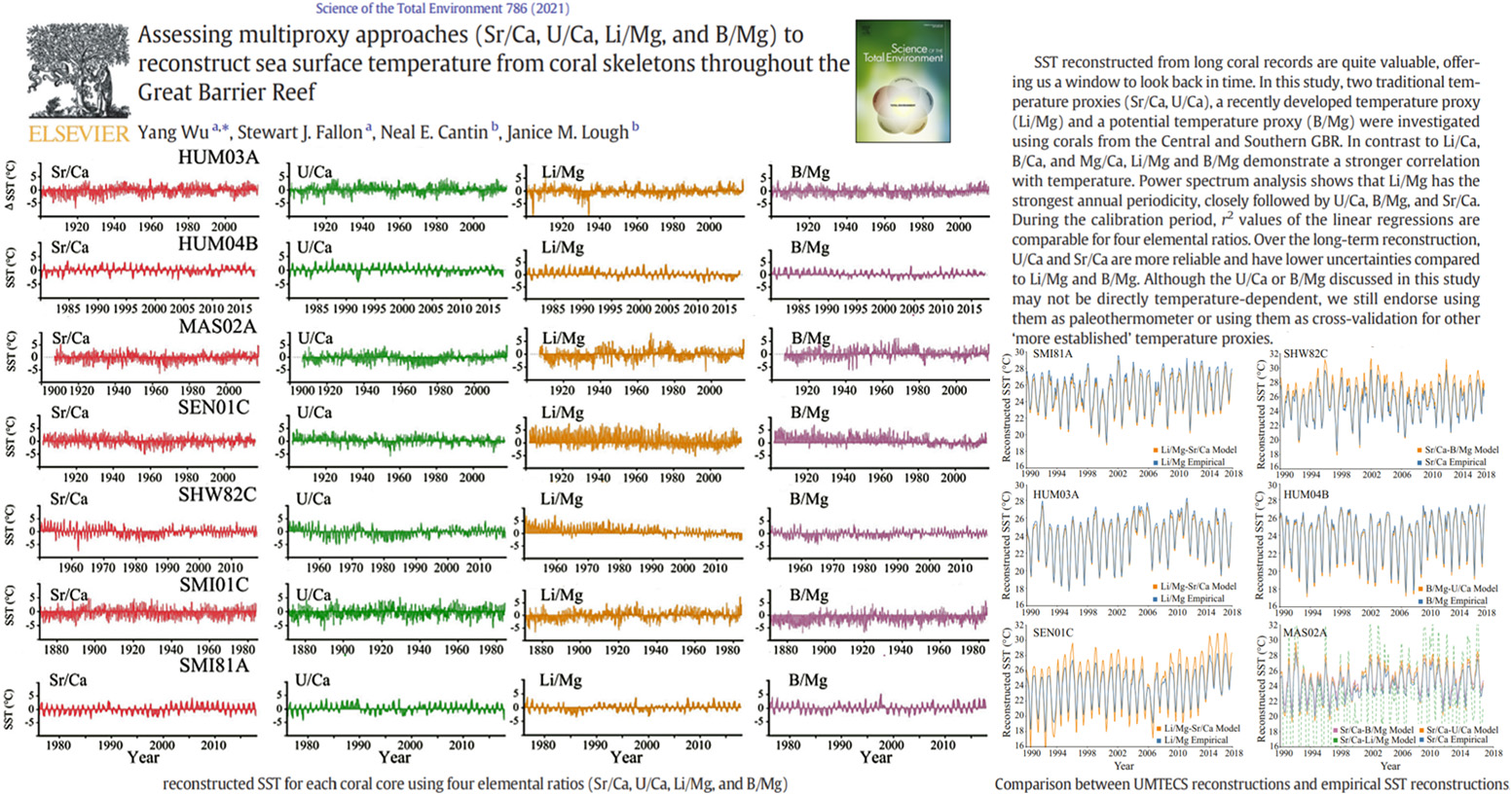 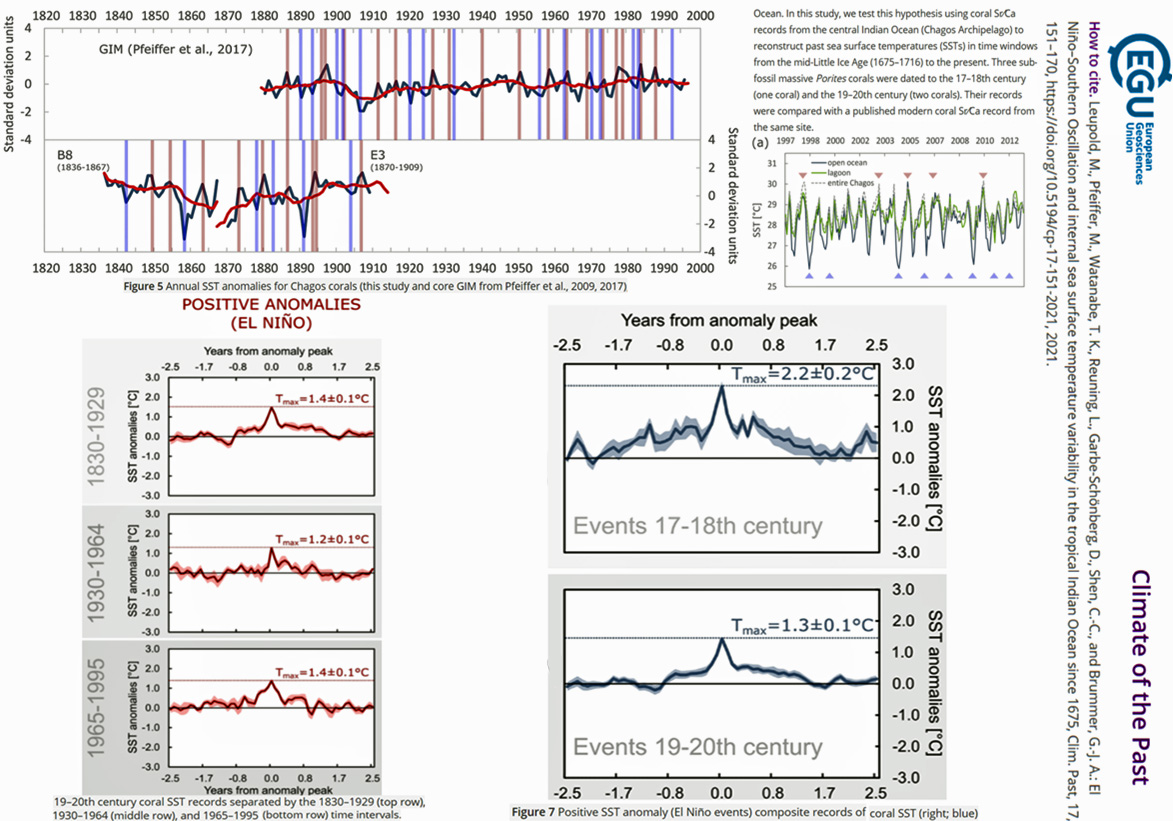 A decreasing sea surface temperature (SST) trend of -0.1°C per decade has been documented along the coast of Guangdong, east of Hainan Island, and in the Taiwan Strait in the northern South China Sea during the last 20 years (1997-2018). 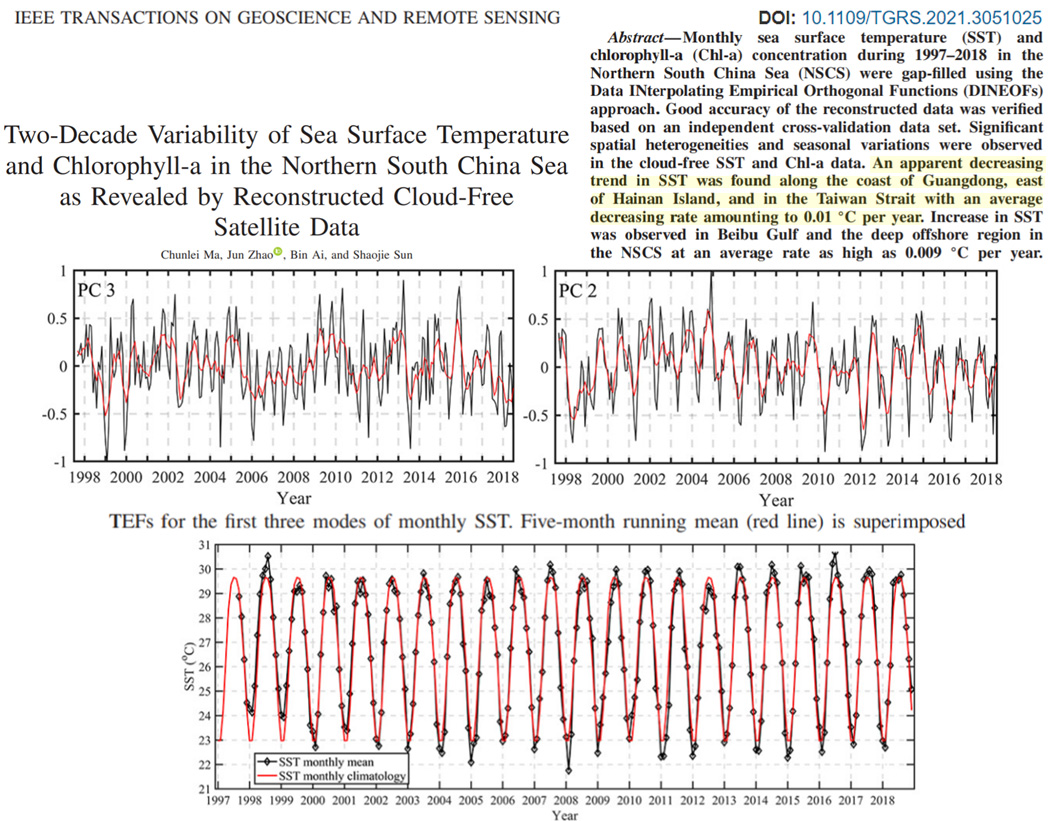 The modern non-warming trend in the northern South China Sea can be extended to 1980 when using fossilized corals (Sr/Ca) to reconstruct SSTs. 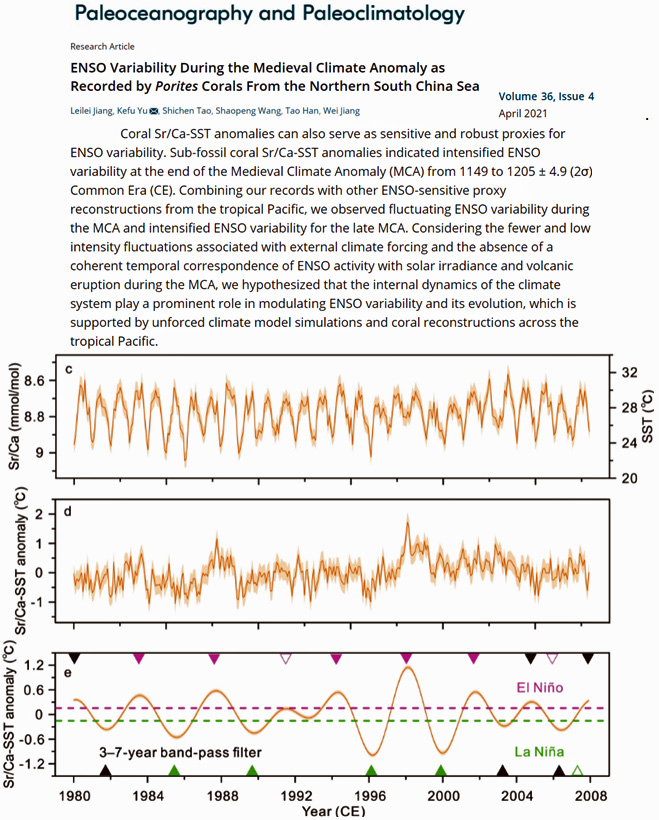