15% of modern global warming (ocean) can be attributed to geothermal heat fluxes through the sea floor that persistently heat the ocean.

Active volcanoes spew 380°C sulfuric acid and “metal-laden acidic fluids” into the bottom waters of the world ocean on a daily basis. Literal ocean acidification is thus a natural phenomenon.

The carbon dioxide concentrations present in these acidic floods reach “astounding” levels, dwarfing the potential for us to even begin to appreciate the impact this explosive geothermal activity has on the Earth’s carbon cycle. 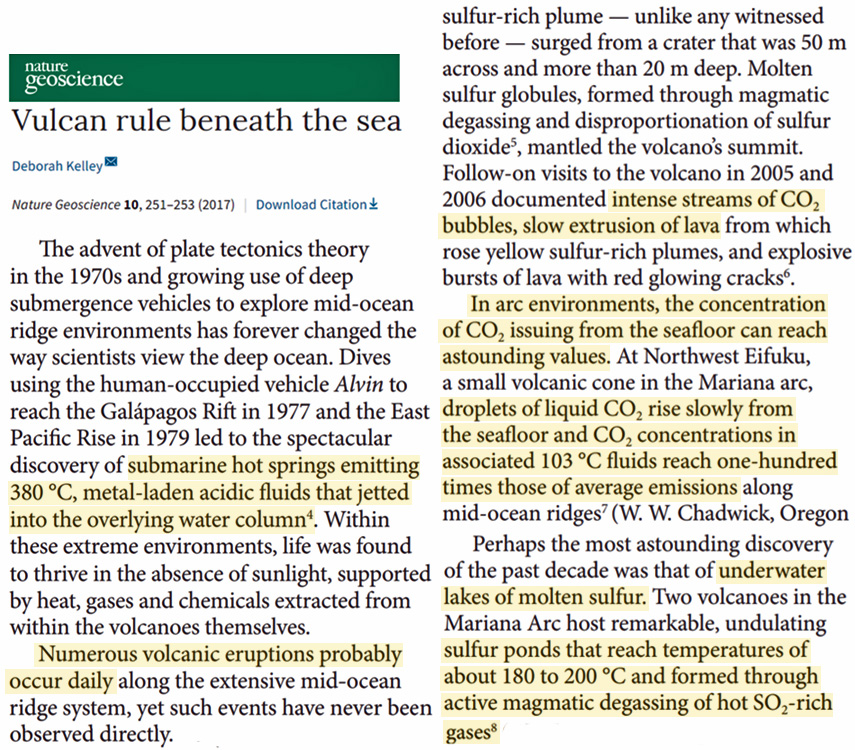 Geothermal heating warms up the last 2000 m of the global ocean “by about 0.3°C to 0.5°C” (Emile-Gaey and Madec, 2009). The heat fluxes are systemically positive, span “the entire seafloor,” and the circulation is largely horizontal at these depths. Horizontal circulation allows the bottom waters “to feel the influence of geothermal heating for a long time.” 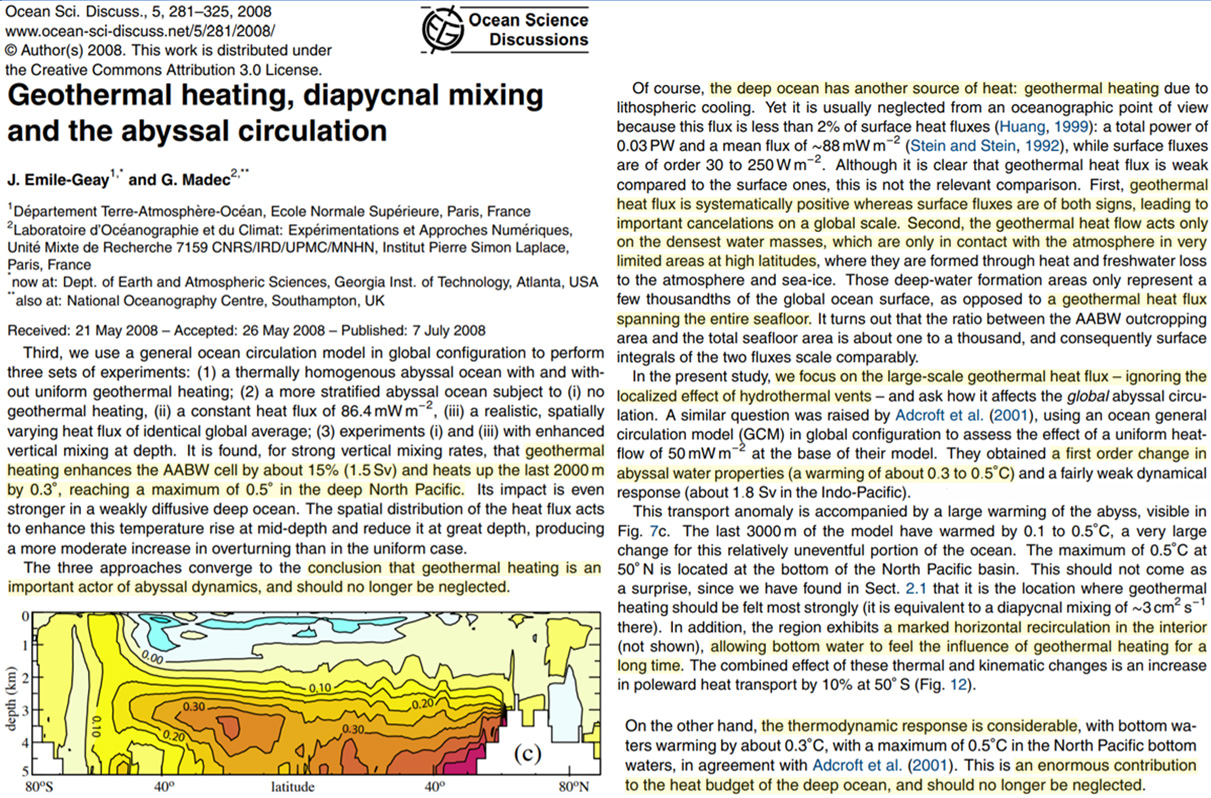 The rapidity of temperature changes near geothermal sources can be profound. Geothermal heating can induce warming rates of 0.02°C per year, or 0.2°C per decade, offsetting the abrupt (~0.25°C per year) cooling from “cold-seawater intrusions” (Becker et al., 2021). 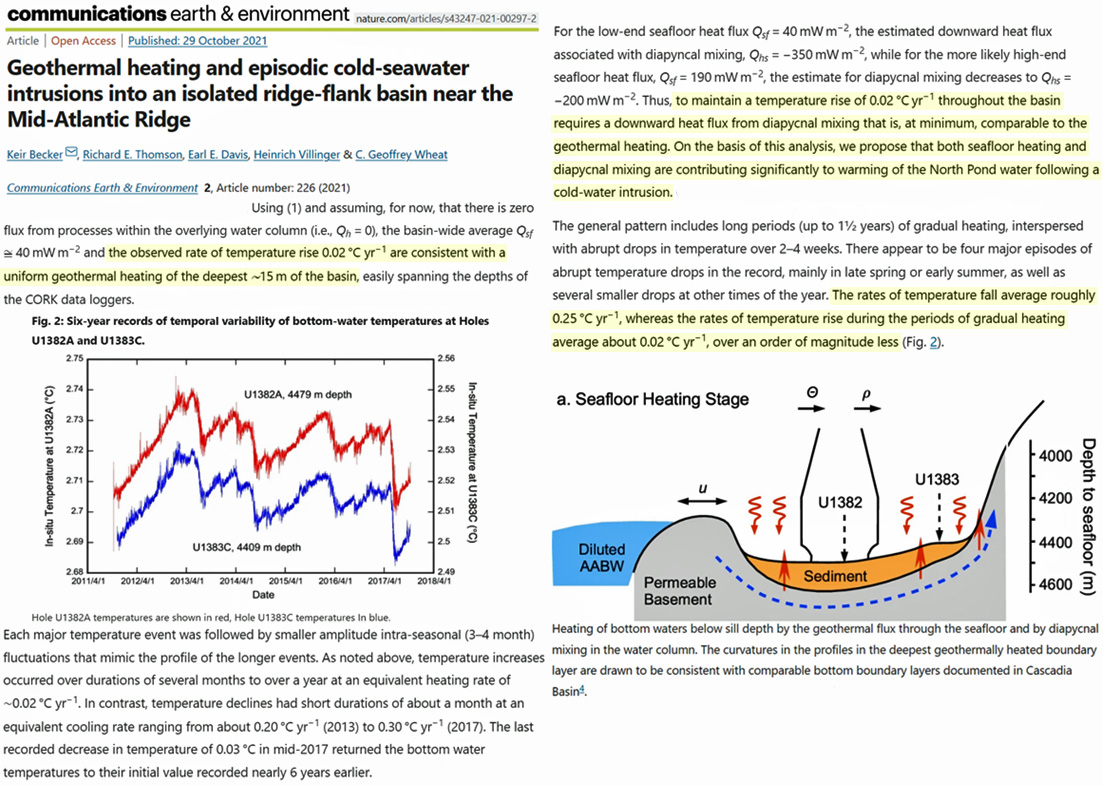 Approximately 15% of modern global warming (ocean) can be attributed to geothermal heat fluxes through the sea floor that “persistently heat the ocean” (Gebbie, et al., 2021). The value attained for geothermal heating of the ocean, 87 mW/m², is similar to that which is required to end a glacial period (melt ice sheets) and transition into an interglacial. 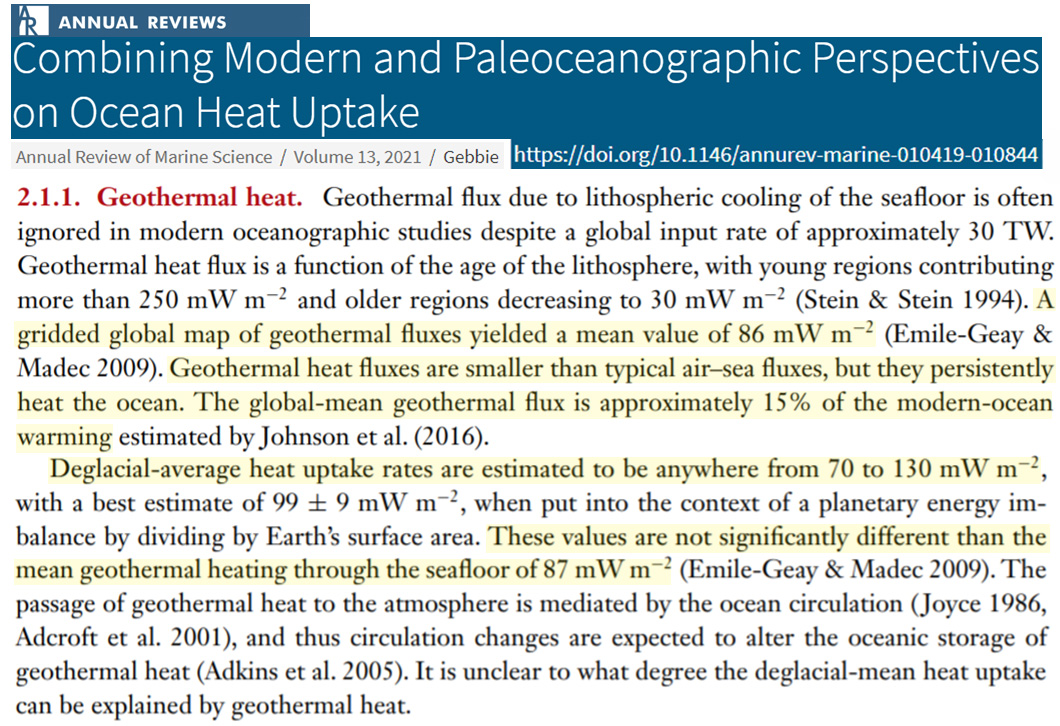 Considering the ocean bottom waters warmed up 2°C from 19,000 to 17,000 years ago about 1,000 years before the surface warmed and CO2 began rising (Stott et al., 2007), geothermal heat fluxes could potentially explain a large portion of glacial-interglacial transitions – as well as millennial-scale global ocean temperature changes. 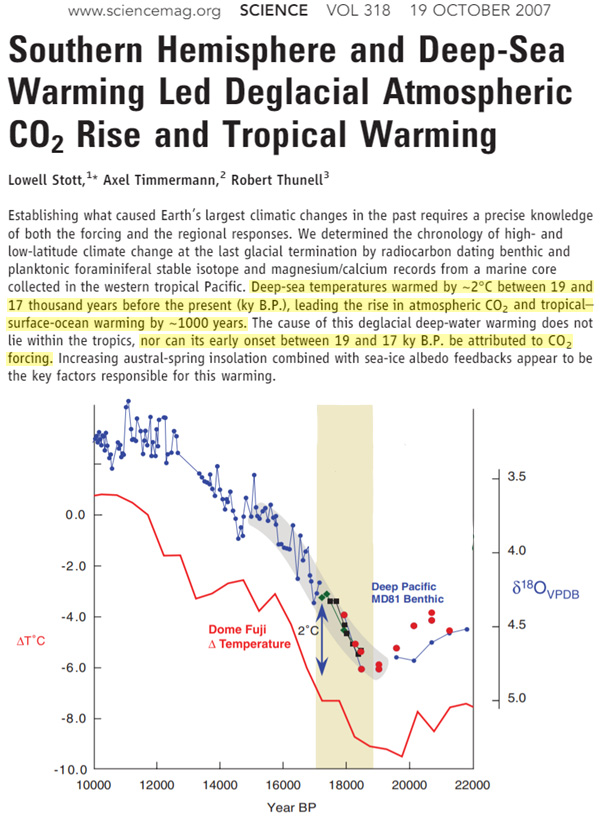