The sun supplies about 1360 watts per square meter to the Earth as seen by satellites at the top of the atmosphere. This power varies by about 1.3 watts over the 11-year solar cycle. Energy is reflected back to space by clouds and the earth’s surface. Some energy is radiated to space as infrared. Energy is radiated from the atmosphere to the surface, the so-called greenhouse effect. There is variation in all the factors that make up the radiation balance. None of the factors are fixed. CO2 may be increasing, but other factors are also changing. The albedo of the Earth varies with the amount of cloud cover, seasonal vegetation, ice, and snow. Of course the heat seen by any part of the Earth depends on the sun angle; the maximum is when the sun is directly overhead, almost none when the sun is on the horizon, none at all when the sun is below the horizon. The Earth loses heat to space by radiation, but this also varies with time of day, cloud cover, temperature, and humidity.

Water vapor accounts for 60 to 95% of the greenhouse effect. The remainder is due to CO2 and other trace gases. According to the IPCC the theoretical extra absorption by CO2 in the atmosphere if it doubled from the current amount is 4 watts per square meter. This extra absorption will be modified by clouds, cloud height, humidity, and other factors. According to the same source, the extra absorption at current levels of CO2 above the historical level is about 1 Watt. This additional energy is offset and balanced by the other outgoing factors. For an excellent explanation of the greenhouse effect see: http://www.ucar.edu/learn/1_3_1.htm.

Figure 1 shows how solar energy input is balanced by the radiated and reflected output. The 342W per square meter solar input figure is an average over the Earth’s surface that supposedly takes into account sun angle and the night and day cycle. This graphic is from Wikipedia and is seen in many publications in two versions with slightly different numbers. It originates with Kevin Trenberth et al.

One of the criticisms of this graphic is that the 342 W/m2 Back Radiation is assumed to be completely absorbed by the surface with no reflection. This would require that the surface be a perfect black-body at all wavelengths. This is obviously not the case. Another criticism is that it inadequately describes the difference in radiation conditions between night and day, and the variable influence of clouds. 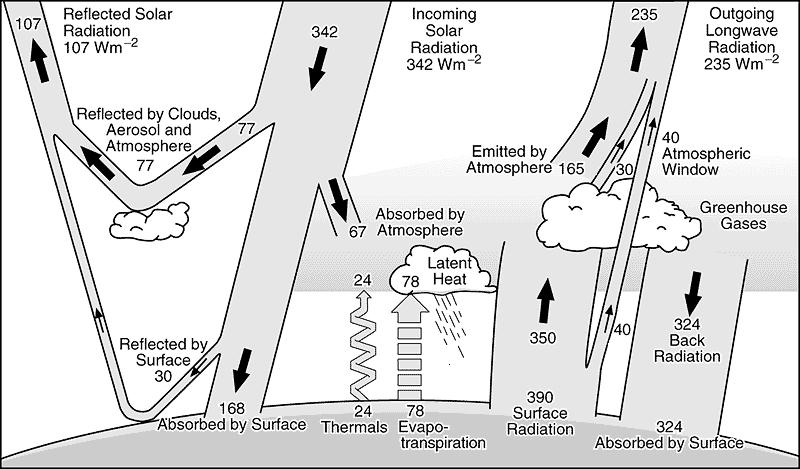 Figure 2, Earth’s albedo:  The red vertical bar represents the total forcing of all the greenhouse gases added to the atmosphere in the last 100 years. Using the IPCC figures, they add up to about 2.8 W/m2, about the same as the albedo variation. Clearly the albedo variability is the same as the greenhouse gas forcing, especially over any short term. The albedo change is primarily due to cloud and ice changes. Data source: Pallè et al here.

Albedo isn’t the only variable in the radiation balance graphic. The opposite of albedo (reflectance) is transmittance, the percentage of solar radiation that reaches the surface. This is also a variable, changing with the amount and kind of aerosols in the atmosphere. Since 1958 this has been measured at Mauna Loa Observatory in Hawaii, the same place that CO2 is measured. Their data is stated in percentage and is taken under the following conditions.

In the chart below the data has been converted to energy anomaly, based on the solar irradiance at the top of the atmosphere, 342 W/m2, in Figure 1 above.

Figure 3: Atmospheric transmission anomaly in terms of energy in Watts/m2.

You can see that the transmittance anomaly is quite large, even disregarding very large perturbations such as the Agung, El Chichón, and Pinatubo volcanoes. Pinatubo is also visible in the albedo data. All traces are annual averages.

What about greenhouse gases?

Figure 5: Greenhouse gas forcing since 1978.The scale is also in W/m2. Source.

Figure 6: Albedo, greenhouse gases, transmittance, and TSI anomalies plotted together with the Global Satellite Temperature anomaly. The transmittance linear trend line is also included. The vertical scale has been changed, truncating the large negative transmittance spikes, so that the smaller forcings can be seen.

It is clear that aerosols, albedo, and ocean cycles are very largely what drive global temperature in the short term. Carbon dioxide is a minor player. TSI (total solar irradiance) plays very little direct role on this time scale. If the sun has an effect it must be via some other mechanisms.

Because we know so little with certainty about water vapor, it has been left out of this analysis. Water vapor is a very important greenhouse gas, by some accounts resulting in 60 to 95% of the greenhouse effect. The problem is that because water exists in all three phases in the atmosphere, and convection, evaporation, condensation, and precipitation produces wildly variable amounts at different altitudes, times, and locations, calculating the resulting forcing is very problematic. In general, water vapor tracks temperature. In the lower troposphere, this has meant that water vapor is increasing along with temperature. Some have stated that this results in positive feedback further increasing temperature. But in the stratosphere, the temperature has been decreasing, and so has the water vapor content. (See discussions here and here.) This allows increased radiation to space. As a result, others have argued that this results in negative feedback. It may well be that the two variabilities cancel.

Among the variables that control climate change, atmospheric transmission is by far the largest factor. Even in the absence of volcanic activity, upper atmosphere aerosols vary on a scale that dwarfs the other factors. Ocean cycles are next in importance. Third in importance is albedo. The reflection of clouds, ice, smoke, land and sea surfaces are continuously changing. Fourth on the list are the greenhouse gases excluding water vapor. The big unknown variable is water vapor. We know it is varying. To some extent we even know how much. What we don’t know is what forcing water vapor provides. We don’t even know where water vapor ranks on this list.