Tradeshows are important business events for all branches of industry. The mood at a trade show is often a good barometer of how business is doing in a particular branch. 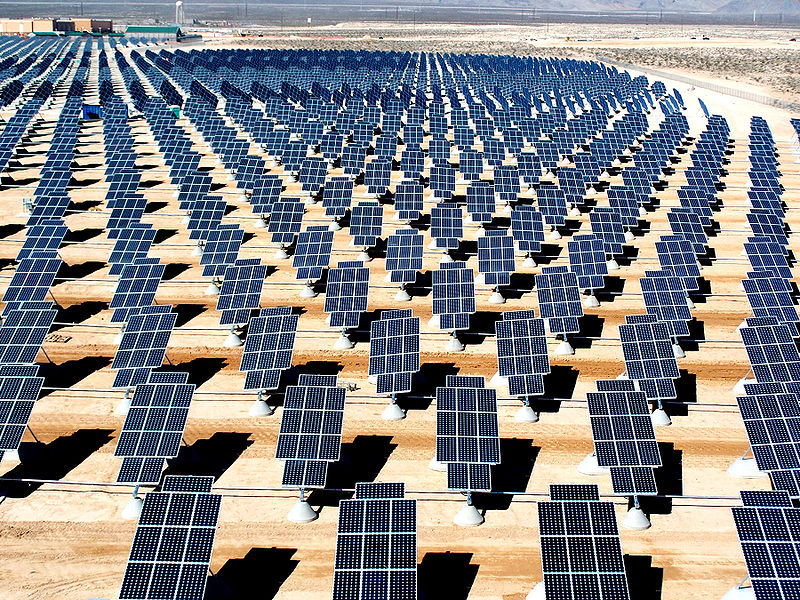 If times are tough, then one can expect to hear a bit of grumbling from those exhibiting at the trade show, but that’s about it. So when a trade show is cancelled altogether just weeks before it is scheduled to begin, then you know things must be really bad.

This is preceisely what has just happened in the solar industry. Things for the “energy of the future”, solar energy,  have gotten so bad that a major tradeshow, Intersolar China 2012, has just been cancelled. The tradeshow had been scheduled to take place from December 12 to 14 at the China Convention Center in Beijing. Now, according to www.pv-magazine.com, the event has been postponed until an unspecified date in 2013. PV magazine cites “difficult market conditions”.

With “difficult market conditions they are likely talking about the tsunami of insolvencies that has swept over the global solar business. A slew of large solar companies likely have cancelled their participation and so many of the exhibition stands would be empty. This is a major embarrassment for proponents of solar energy.

Intersolar China opened its doors for the first time just last December in Beijing. Solar Promotion International’s first Chinese tradeshow got off to a slow start, with just 135 of an expected 250 exhibitors showing up. Top-tier solar panel manufacturers like Yingli, Suntech and JA Solar also stood out by not being present at the show.”

Intersolar first began 20 years ago in Freiburg [Germany] and saw steady growth. […] Over the past several months a number of German manufacturers, among them former market leader Q-Cells, have declared insolvency. On Monday Siemens Corporation announced it would sell its solar business because it had failed to fulfil expectations.”

How many billions in stimulus packages were pumped in to prop up this industry? Now the bubble has popped and consumers are left with higher electric rates and a solar rust belt. In the meantime former solar executives are likely retired and living high on the hog, relaxing on diesel-fuel powered yachts – paid for by “stimulus” dollars.

This has got to be one of the biggest scams of all time.