Countries considering implementing green energy feed-in schemes may want to look at what is going on in Germany. 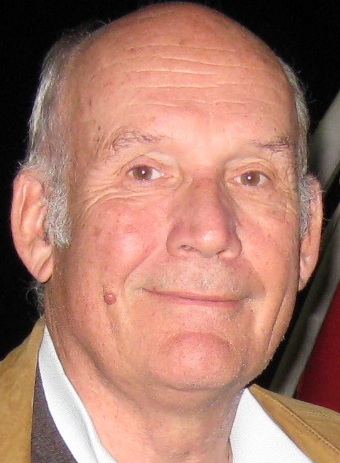 Few countries have moved as aggressively as Germany in promoting renewable energy. Some tout the German system as a model for the rest of the world.

But in an interview with DIE FREIE WELT, Michael Limburg, Vice President of the European Institute for Climate and Energy (EIKE), called Germany’s EEG renewable energy feed-in act “ideological and expensive” and warns it threatens to economically ruin the country.

My time is a little short today, and so I’ll present only the main points of the interview.

It’s obviously the new, real experience that the falsely named ‘renewable energies’ are nothing what the politicians promised they would be. Not only are they not free, but they really do burn a hole in your pocket. […] Especially low income households feel the pain. […] The reality is that it’s the state that initiated this expensive mess, and it is now asking the consumer to cough it up. Up to the end of last year, it had already cost € 98 billion euros ($130 billion). That’s 10 times the amount the Federal Department of Transportation is allowed to spend this year for investment and repairs for our roads and highways.”

Of all the alternative energies available, these two are the most expensive, the most volatile, and thus the most useless. In Germany we get as much sun as Alaska does. That’s why PV systems here operate at only 8% of their rated capacity in the middle of the year.

Wind is the same when it comes to volatility and quality. It is useless. But with a subsidy of 9 – 15 cents per kwh, it’s a bit cheaper. Like biofuels, the problem is the vast amounts of area that are needed. Their low energy density means you need huge areas in order to collect and concentrate the energy. Conventional energies are infinitely superior.

For example, to replace one conventional 1400 MW power plant with wind, you’d have to erect onshore approx. 3000 2.3 MW class wind turbines. Offshore, you get double the yield, but the investment costs are much higher and the wear and tear is far greater. Producing 1400 MW offshore with wind would cost € 13 billion, and then you would need a conventional back-up power plant for windless times costing another € 2.6 billion. That comes out to a total of € 15.6 billion for power that could be generated simply by running the conventional plant full time. And never mind the power transmission lines for now.

The result: a cost that is 6 times higher for a lower quality product. Only the state is capable of making such a ridiculous economic decision.”

Limburg on the role fossil fuels in Germany

After the senseless shutdown of nuclear power in Germany, their importance has once again increased. Because of the shale gas revolution on the global market, fossil fuels will now get even cheaper. Moreover, Germany has huge reserves of lignite and their conversion to power is on the rise. Because of the feed-in of green energies, only lignite remains economical. We should be grateful to have such large reserves at hand.

Limburg on the current risks to the power grid and generation

The danger is not only that the whole green energy infrastructure is expensive and massively burdens citizens, but that the high costs are driving out the industry, and the entire supply chains that feed them. This will lead the country to economic ruins, and the people along with it.”

Limburg on what needs to change

The energy feed-in act must be abolished immediately and the subsidies eliminated. Moreover, green energy producers must be paid only for the power they actually deliver. This would force them to install storage systems at their own expense.”

Limburg on how expensive it is going to get

By the year 2015 the costs arising from the renewable feed-in act will amount to € 570 billion.”

Wow – all this to delay the theoretical global warming on the planet by a whole 23 hours over the next 100 years. Only the state is capable of such a bargain.