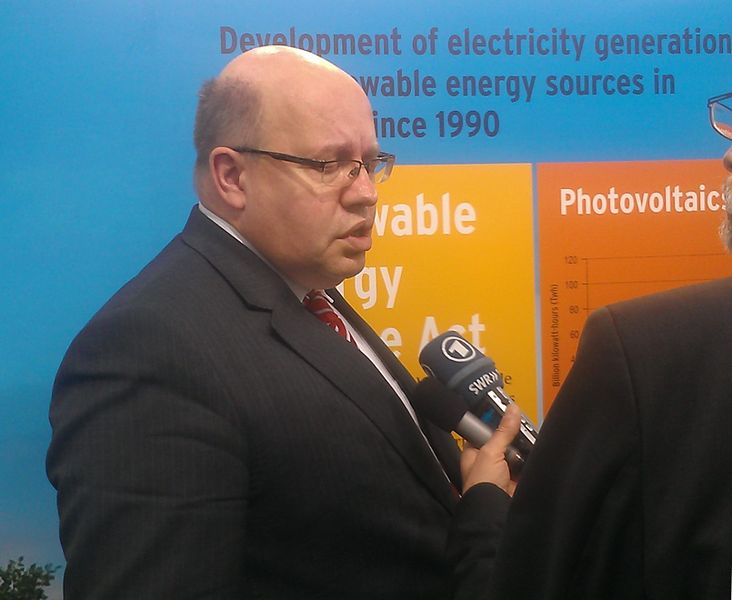 The final figures are still not in, and FOCUS writes that they may be as high as 2% more CO2. German Federal Environment Minister Peter Altmaier commented, “We must not be indifferent about this because it puts the fulfilment of our climate targets at risk.“ Germany has reduced its greenhouse gas emissions by 27% since 1990. But it is rarely mentioned that most of those reductions resulted from the shutdown of dilapidated, filthy, communist East German industry after the fall of the Berlin Wall.

The jump of 2012 will surely make reaching the 40% reduction target by 2020 more difficult, if not all but impossible. Currently the EU is seriously contemplating an intervention in the CO2 permit trading to increase the price and thus produce an incentive for companies to save energy (or to move offshore).

Worst, Peter Altmaier is quoted in the flagship daily Frankfurter Allgemeine Zeitung here saying that Germany’s transition to renewable energy may end up costing a stunningly spectacular one trillion euros by 2039. The FAZ writes:

For the first time Environment Minister Peter Altmaier speaks publicly about the total costs of the transition to renewable energy: 1000 billion euros. That’s reason enough for the CDU party politician to pull the ‘electric power brake’.”

But as Altmaier admits, “pulling the brakes” is only going to reduce the bill by a fraction. Altmaier tells the FAZ:

That would mean that we would save 200 billion in feed-in subsidies over 20 years.”

Altmaier expects an additional 100 billion euros in savings from reduced energy back-up systems. So instead of costing 1000 billion euros, Germans are going to end up paying 700 billion euros. For what? Answer: Read here! (That is, of course, if the AGW theory is correct. So far the climate has been cooling, meaning Germany’s foray into green energy will be it’s latest super folly to follow WWI and WWII).

As was the case in last century’s kook-driven movements, there are powerful kook-forces behind Germany’s current green revolution, and Altmaier’s attempts to rein it all in faces fierce opposition. Once again it looks as if another historical, violent cardiac arrest is in the works for the heart of Europe.