German politicians are in race to see who can come up looking like the most dedicated world climate rescuer. So the ideas we hear coming from them often get really nutty. 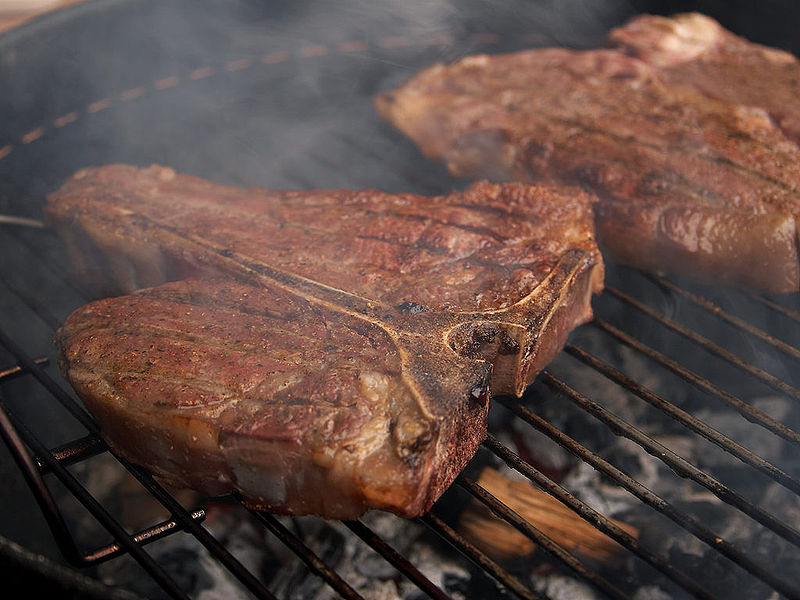 To become a thing of the past? Soon German kids won’t know what meat is anymore. Public domain photo.

German tabloid Bild here a few days ago reported that Germany’s powerful Green party is calling for a ban of meat consumption. Of course the Greens are aware that it is not possible to restrict meat overnight, and so they are calling for a first major step: a “Veggie Day” once a week.

The Greens want to forbid our meat!

The Greens want to enact a nationwide vegetarian day after the national elections [in September]. Once a week there is to be NO meat or meat sauce on the menu at public cafeterias!”

Bild writes that the idea has already taken hold in the first cities in Germany: In Bremen no meat is offered one day a week at the cafeterias of public offices, schools and kindergartens.

This is how everyone can make ‘a personal contribution’ to climate protection , says Bremen’s SPD mayor Jens Böhrnsen.”

But meat lovers ought not panic just right now. This eco-tyranny and climate protection delusions have already been rejected in other cities, Bild writes:

In Stuttgart in 2011 the ban of meat failed: Employees rebelled against ‘Veggie Day’ and simply refused to be told that they were to go without meat.”

Us meat-lovers can relax some, but we must always remain vigilant against the green zombies like Künast and Böhrnsen.

And don’t rely on the conservative Christian in-name-only CDU party to defend your rights; they are just as bad as the greens. Recall that they too are deep into the “climate protection” delusions themselves.

Already they are monitoring all our internet activity, our reading habits via e-books, our financial transactions, our cell phones, and they are monitoring us in our living rooms through digital televisions. So it’s only natural that they also want to tell us how, what, and when to eat.

Proposed food bans are nothing new. Denmark once tried to make fat a luxury for the rich. But that didn’t work out. Not because of a conservative party, but because the people spoke out.