After a record of more than 10 years without a major hurricane strike on the US, the NOAA must be getting hurricane desparate. The US climatology agency perhaps is demonstrating once more that records are not made by natural events occurring but rather by counting them differently.

At yesterday’s WeatherBell Daily Update, veteran meteorologist Joe Bastardi accused the NOAA of going out in the “middle of nowhere” to name anything that moves. Joe also discusses this further at today’s Daily Update.

It used to be that the NOAA stayed within certain Atlantic regions to count hurricanes – regions that positioned the hurricane for a possible US strike, or having an impact along the coast,  and with water surface temperatures 26°C and higher. But now Joe notes that they are looking at “eyesores near the Azores”, which have no chance of ever impacting the US coast and where water temperatures are just over 20°C. 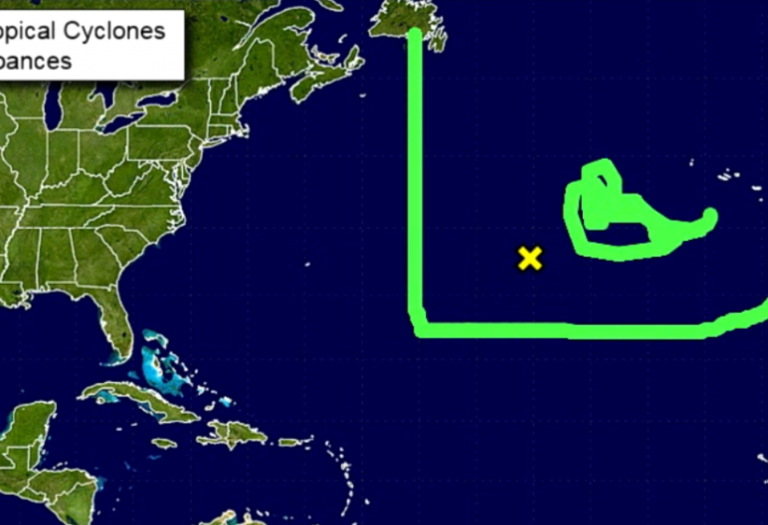 The veteran meteorologist suspects the NOAA may have abandoned the conventional hurricane counting standards, perhaps in order to sex up the statistics. Joe calls it “climate paranoia where every little thing that goes on turns into something bigger than it actually is.”

One could speculate: perhaps the NOAA wants to produce an awesome hurricane statistic this year in the hopes putting political climate science pressure on Washington. Politicized science unfortunately is something that has been going on quite some time at the US climate and weather agencies, critics say.

Bastardi calls the naming of a disturbance way out “in the middle of nowhere” over water that is 5°C under traditional hurricane-temperature waters “ridiculous”.

If the agency is just going to throw convention out the window, it might as well just start naming every North Atlantic storm that occurs every fall and winter off Europe. Why wait until April and stop at the Azores? Might as well include the North Sea and its heavy storms, too.

While the NOAA scurries to name any wind anomaly it can find, the situation in Europe continues to be bitter cold and nothing of sort you’d expect from global warming.

Some say that yesterday was the coldest April 18 on record, as snow and freezing temperatures gripped wide swaths of Central and Eastern Europe and Scandinavia.

The 5-10 day forecast shows no let-up in the frigid conditions. 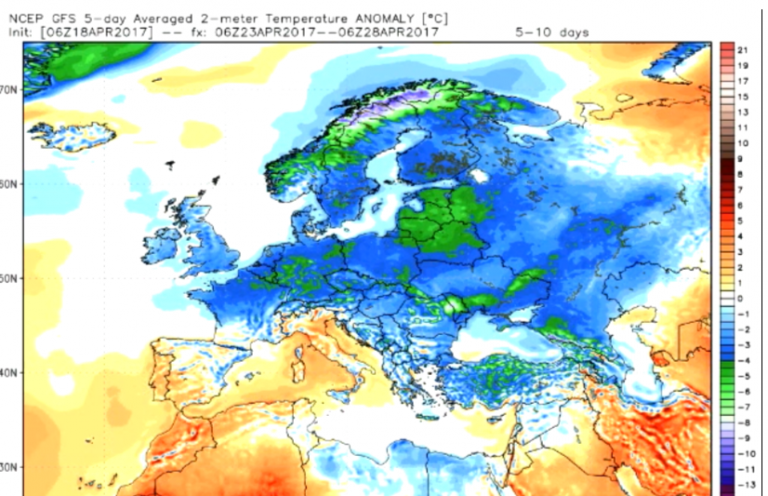 Joe adds that the Alps will continue to be pounded my heavy snowfalls, thus defying predictions of the end of skiing at European ski resorts due to global warming. This year they’ll be skiing well into May.

19 responses to “Meteorologist Bastardi Blasts NOAA For Naming “Eyesores” In The “Middle Of Nowhere”!”