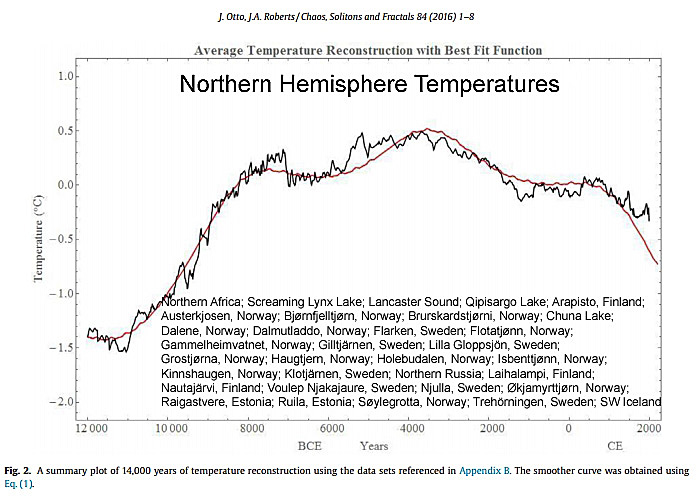 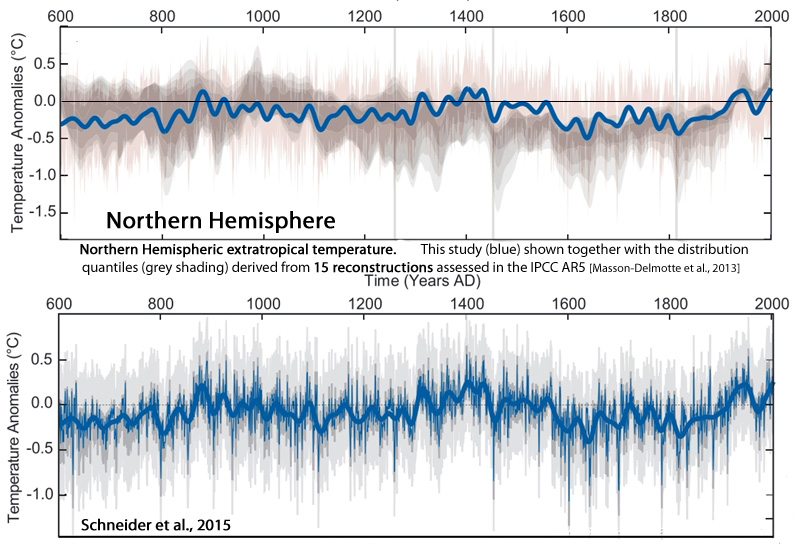 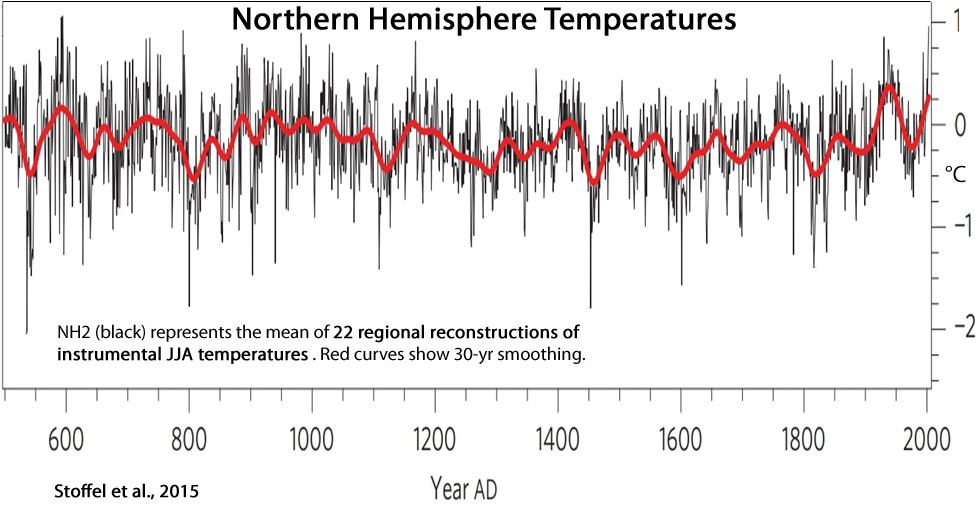 Spanning the period 1186-2014 CE, the new reconstruction reveals overall warmer conditions around 1200 and 1400, and again after ~1850. The coldest reconstructed summer in 1258 (-4.4°C wrt 1961-1990) followed the largest known volcanic eruption of the CE. The 20th century is characterized by pronounced summer cooling in the 1970s, subsequently rising temperatures until 2003, and a slowdown of warming afterwards. Little agreement is found with climate model simulations that consistently overestimate recent summer warming and underestimate pre-industrial temperature changes. 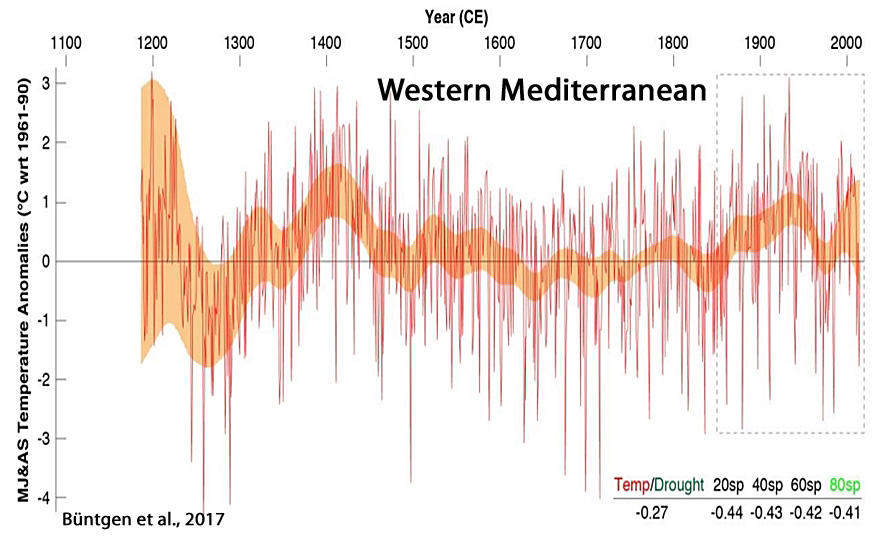 [W]hen it comes to disentangling natural variability from anthropogenically affected variability the vast majority of the instrumental record may be biased. … Although the causes of the recently measured slowdown in global and regional warming during the last decade are still debated (Karl et al. 2015; Fyfe et al. 2016), our study provides the first long-term proxy evidence for this temperature decline over the western Mediterranean basin. This finding is in line with local, regional and sub-continental meteorological observations, and consistent with the observations by Gleisner et al. (2015) that the post-2003 pause in rising mean surface temperatures is most strongly expressed at mid-latitudes. 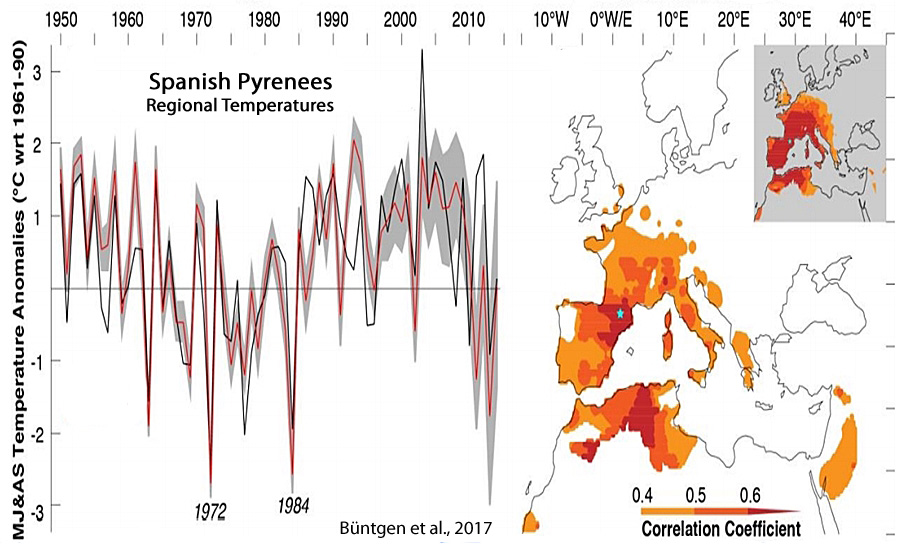 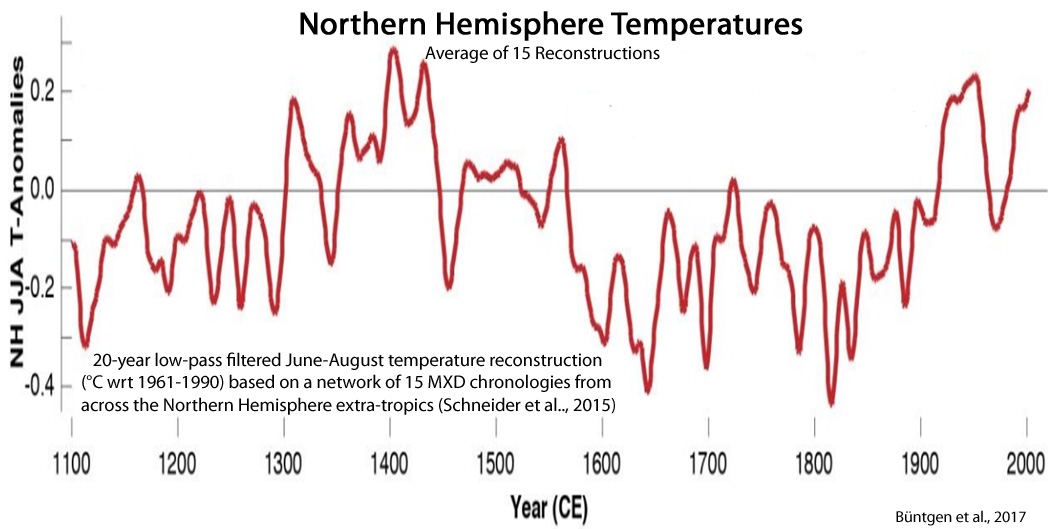