The findings thus suggest that the health impacts by the low-frequency sound waves generated by industrial wind turbines in fact do adversely affect human health, a claim that has often been denied by Big Wind. 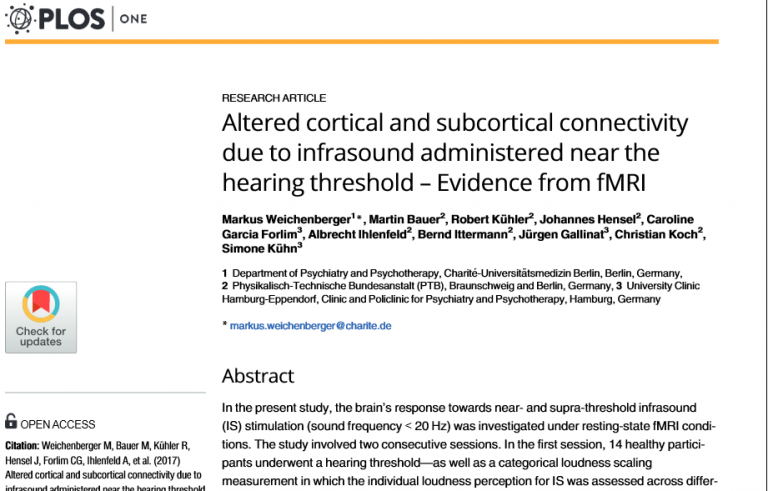 Fig. 1: The new paper by Weichenberger et al: “Altered cortical and subcortical connectivity due to infrasound administered near the hearing threshold – Evidence from fMRI”

Some lobbyists and proponents even went on to say that it was all in people’s heads. Well it turns out that this is true, but it’s real!

The groundbreaking paper by Markus Weichenberger and scientists at the Charité (Berlin), the PTB (Braunschweig) and the UKE (Hamburg) is comprehensive and was published on April 12, 2017.

The study used advanced brain imaging to compare activity for infrasound near the hearing threshold. The paper’s conclusion is not what the wind industry and green energy proponents want to hear:

To our knowledge, this study is the first to document changes of brain activity across several regions in response to prolonged near-threshold IS using fMRI*. ReHo analysis revealed higher local connectivity of rSTG, ACC and the rAmyg only when IS was administered near the hearing threshold and ICA showed that effects can also be found on the inter-regional level. On the one hand, these results seem to support the hypothesis that (sub-)liminal IS can exert an influence on the organism via a subconscious processing route (which supposedly involves outer hair cell-mediated signal transduction). On the other hand, though clearly audible, prolonged stimulation with IS above the hearing threshold did not lead to changes of brain activity, which could indicate that the signal processed along the conscious hearing route may have been attenuated in a top-down fashion via attentional mechanisms.

Also, since the brain’s response to prolonged near-threshold IS involves the activation of brains areas, which are known to play a crucial role in emotional and autonomic control, a potential link between IS-induced changes of brain activity and the emergence of various physiological as well as psychological health effects can be established. Transient upregulation of these brain areas in response to below- or near threshold IS may thus reflect an initial stress response of the body, eventually promoting symptom formation as stimulation occurs repeatedly and additional risk factor come into play. Nevertheless, further research, in particular longitudinal exposure research, is needed in order substantialize these findings and contribute to a better understand of IS-related health effects.