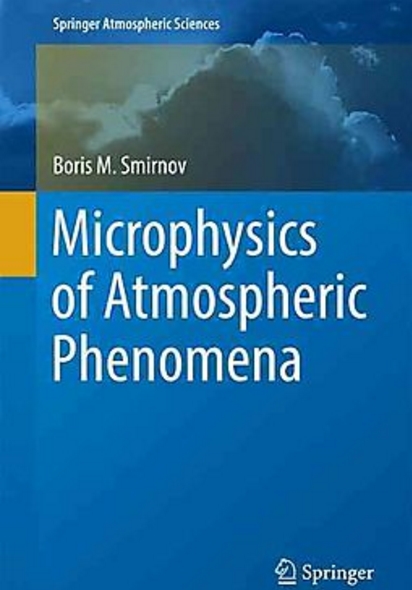 Purveyors of the viewpoint that rising CO2 emissions pose a grave threat to the planet via dangerous global-scale warming presuppose that the surface temperatures of the Earth are highly sensitive to parts per million (ppm) variations in atmospheric CO2 concentrations.

And yet the accumulation of scientific publications documenting a far less consequential role for CO2 in the climate system just keeps growing and growing — especially in recent years.

An incomplete compilation of at least 75 scientific publications now document a very low climate sensitivity to CO2 concentration changes.   Summarizing, doubling modern era CO2 concentrations from 280 ppm to 560 ppm may only raise surface temperatures by tenths of a degree – if that.

Expanding upon a 2016 scientific paper published in Europhysics Letters, Dr. Boris M. Smirnov, an atomic physicist, uses his field expertise in authoring another textbook entitled Microphysics of Atmospheric Phenomena.  The volume is one of 20 physics books Smirnov has published over the last two decades.

In chapter 10, Smirnov asserts that infrared emission from water vapor dwarfs the atmospheric contribution from CO2 within the greenhouse effect, as CO2 only “contributes in small portions“.

In fact, Smirnov finds that doubling the modern era CO2 concentration will only result in a temperature increase of 0.4°C.

He further calculates that the increase in CO2 concentration from 1959 (316 ppm) to the present (402 ppm) has only contributed 0.15°C to surface temperatures.  This means, of course, that the bulk of the temperature changes that have occurred in the last 55 to 60 years are not of human origin.

Steadily and gradually, the “consensus” position that says the climate is highly sensitive to variations in anthropogenic CO2 emissions continues to unravel. 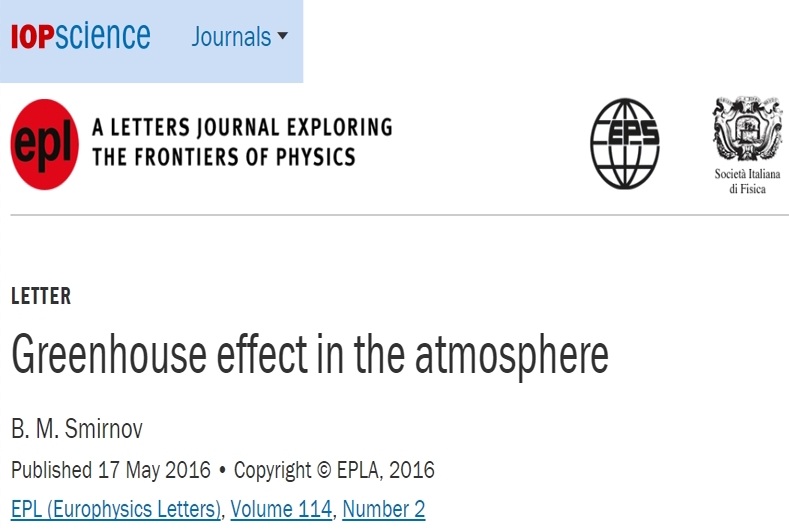 [W]e take into account that CO2 molecules give a small contribution to the heat Earth balance and, therefore, one can use the altitude distribution of the temperature for the standard atmosphere model [1], and a variation of the CO2 concentration does not influence this distribution.  …  [I]njection of CO2 molecules into the atmosphere leads to a decrease of the outgoing radiation flux that causes a decrease of the average Earth temperature. But this decrease is below 0.1K that is the accuracy of determination of this value.  Thus, the presence of carbon dioxide in the atmosphere decreases the outgoing atmospheric radiative flux that leads to a decrease of the Earth temperature by approximately (1.8 ± 0.1) K. The change of the average temperature at the double of the concentration of atmospheric CO2 molecules is determined by the transition at 667cm−1 only and is lower than 0.1K. 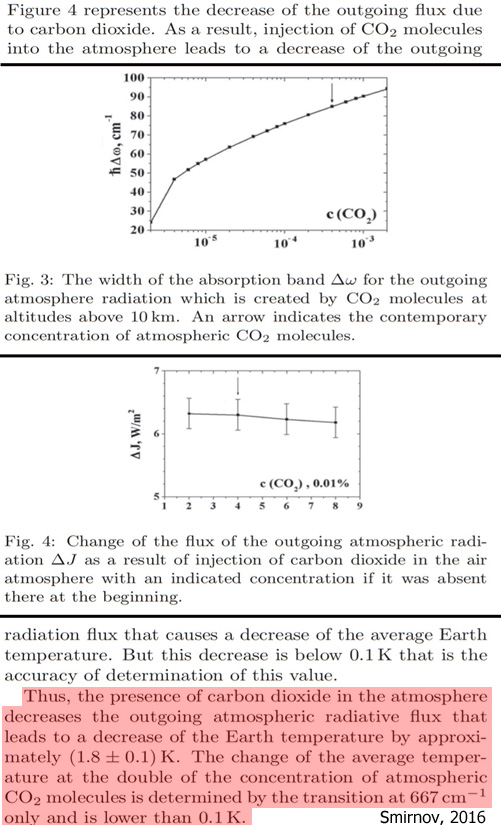 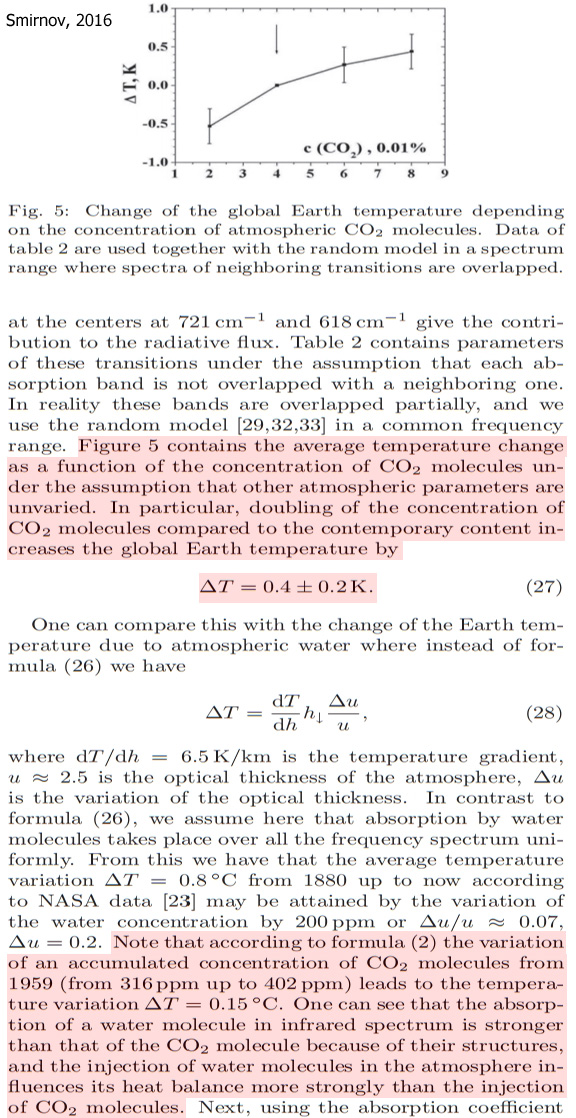