Heller starts by pointing out that “there’s a huge number of problems” with the report and that the content contradicts itself, even on the same page.

Heller says that the claim that the number of record hot days is on the rise “is simply not true” and he wonders how peer review “allows this sort of utter garbage to get through“.  Heller makes it clear that this report belongs in the garbage can of science.

Heller methodically explains how the NCA report used faulty computational methods to make it appear as if more record hot days have been occurring, when in fact the trend has been the opposite. 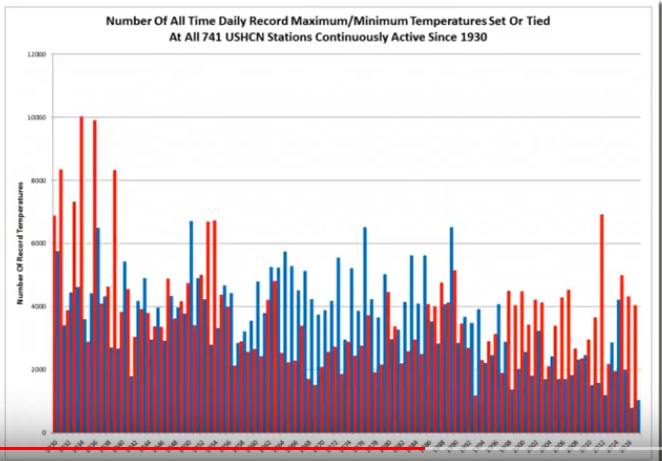 The computational methodology used by the NCA report authors is so dubious that Heller even goes on to wonder how “this sort of scientific garbage” ever got through peer-review.

Heller then singles out one of the authors of the report, known Texas Tech University climate activist/alarmist Katharine Hayhoe, reminding viewers that he has examined her work many times in the past and that the NCA report’s poor quality is consistent with that he has seen from Hayhoe in the past.

History indeed tells us to be very careful and skeptical about government-funded science.

One for the dustbin

President Trump should send this report to a thorough review by a panel of independent critical scientists.