Despite all the hysterical “heat wave” and drought reports being put out to the public by the media, the Northern Hemisphere as a whole is in fact not at all that much warmer than the mean since 2000. 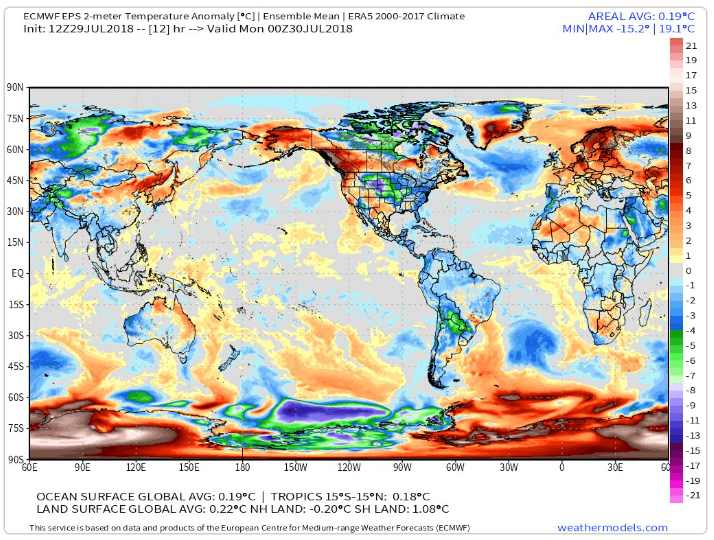 The Atlantic hurricane development zone off the coast of West Africa saw unusually cold surface temperatures, compelling Dr. Maue to characterize as something he “didn’t think was possible in mid-July” and remarked how the the 26°C isotherm almost reached the 10°N latitude!

Little wonder that no hurricane development is foreseen out in the Atlantic for the next 10 days or so.

Maue also tweeted in addition: “This extreme cold ocean signal should be investigated as related to the ‘global heat wave.'”

The development of the tropical Atlantic over the past year shows just how unpredictable weather and climate factors can be. Maue compared 2018 to last year, 2017, adding here: “The tropical Atlantic sea surface temperatures are 1.5-2.5°C cooler…The magnitude of this local change is equivalent to the flip between El Niño & La Niña in the Pacific. Weird.”

Japanese blogger Kirye, who by now you are all getting to know quite well, plotted the recent Arctic sea ice volume data from the Danish Meteorological Institute (DMI). 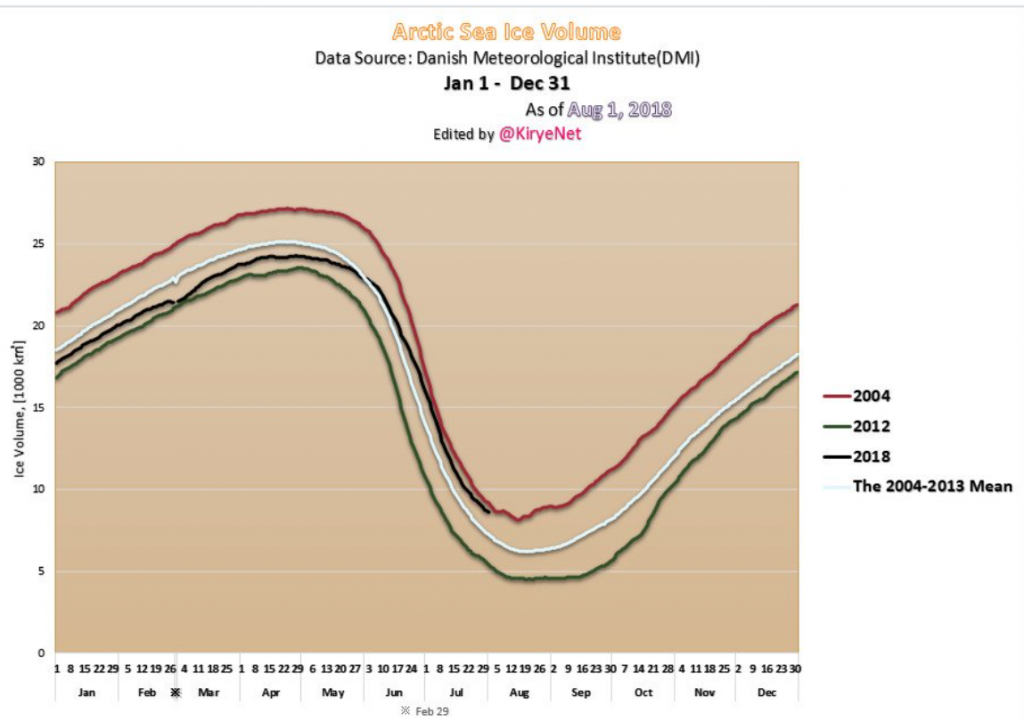 One reason for this is the unusually cold North Atlantic around Greenland, which acts to put the brakes on the summertime Arctic ice melt.

Greenland itself has been seeing a jaw-dropping surface mass budget increase in its snow and ice sheet:

Greenland’s current mass balance (lower chart, blue curve) was at some 580 gigtonnes, or about 175 gigatonnes above the mean and approximately 500 gigatonnes over the low recorded in 2012.

Arctic temperature this summer, according to the DMI, has also been below normal.

So with all the cold out in the Atlantic and surging Arctic sea ice, growing Greenland snow mass along with the absence of hurricanes, it’s little wonder that global warming climate ambulance chasers are keeping narrowly focused on a few regionally isolated “heat waves” and local droughts.