Experts are finding out wind turbines are not only an inefficient way to produce electricity, but that they are also wrecking the environment, natural habitats and even the climate. 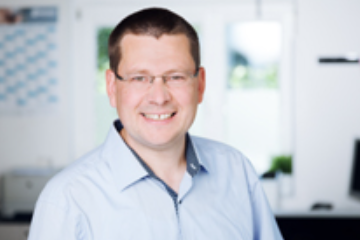 So far we know wind parks:

And according to one German prominent meteorologist, Dr. Karsten Brandt of Donnerwetter.de,  wind turbines are now even putting the brakes on wind speeds and even altering local climates.

How an environmentalist could support this form of energy is becoming increasingly mind-boggling. Hat-tip Die kalte Sonne here. The Donnerwetter.de press release follows:

Less and less wind due to more and more wind turbines?

An ever weaker wind is blowing across Germany. For example in the 1960s annual wind speeds of 3.7 meters per second were measured in Osnabrück, but now it’s only 3.2 m/s. That’s a drop of over 13 percent. Almost all weather stations in the country which were analyzed by the Bonn-based meteorologists at donnerwetter.de found that the trend looks similar.

“In most places, the mean wind speed has decreased very significantly,” says Dr. Karsten Brandt. And he has a suspicion: “We believe that in the last 15 years more and more massive wind turbines have influenced the wind speed.”

The trend of ever decreasing winds was not observed out on the open sea, however. To the contrary: On the islands of Norderney or Helgoland the wind has in fact increased slightly over the past 20-30 years. Yet in northern Germany, just inland from the coast, i.e. just after the first wind rotors, the donnerwetter.de meteorologists found a decline in the average annual wind speed: from 3.8 – 3.9 m/s to less than 3.5 m/s.

“Of course, the increase in building construction and especially high-rise buildings in Germany has had a slight braking effect,” admits Brandt. “The braking effect of wind turbines should, however, exceed this.”

Confirmed by other studies

A variety of studies support the meteorologists’ assumption. “Danish research has shown that air flow is weaker than before the turbines even 14 kilometers downstream from a wind farm,” says Dr. Brandt.

This is an effect that the operators of such parks are concerned about. If a new turbine park is built in front of an existing park in the main wind direction, the losses could be over 50 percent, American studies have shown.

In northern Germany, there is now one wind turbine every 10 square kilometers. According to the donnerwetter.de meteorologists, the North German air flow is generating so much energy that a weaker north wind is now arriving at the north German interior. The situation is similar with westerlies, which are weakened by wind turbines in the Netherlands and Belgium.

According to Dr. Brandt: “The weaker wind ensures less air exchange. This in turn drives up pollutant concentration in our air. Especially in the summer months, the lack of wind means more heat inland and less land-sea-wind circulation. In addition, the air is heated by the generators, as further studies have shown.”

So far the wind has been considered as an almost inexhaustible source of energy – albeit being incalculable and poorly predictable. The fact that you can extract some of your energy from the wind turbines was seen as a pioneering achievement.

“But the fact that man takes so much energy from the wind”, the climatologist concludes, “and considering the consequences, we should probably think again before further developing wind energy.”