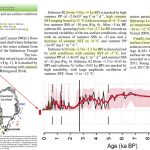 Share this…FacebookTwitterScientists have determined the “optimal thermal conditions” for southwestern Greenland were when summer sea surface temperatures averaged about 12°C from 9,000 to 5,500 years ago, which is substantially warmer than modern summer temperatures (4.0-5.2°C) for this region. A few years ago McFarlin et al. (2018) determined northwestern Greenland was 4-7°C warmer than 1952-2014 during […] 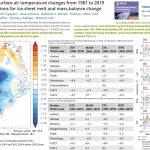 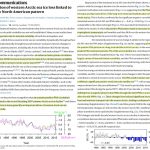 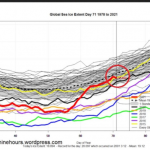 Share this…FacebookTwitterBy Snowfan Global cool-down. 2m-temperature-deviation in March 2021 cut in half compared to a year earlier. Source: Karsten Haustein. Global “Rahmstorf warming” continues in March 2021. Like January and February,March 2021 has so far been significantly colder than the same month last year. In the NCEP analysis up to 17 March 2021 and in […] 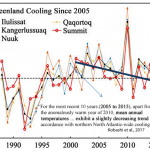 Danish Institute Data: Greenland Ice Melt Has Slowed Down Significantly Over Past Decade

Share this…FacebookTwitterThe media and activists, among them a number of “Climate scientists”, have been declaring that Greenland ice melt has been accelerating. Today the German Klimaschau climate news video reports, however, that this has not been the case over the recent years. All the recent talk about accelerating Greenland ice loss over the past years […] 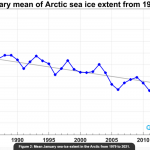 Share this…FacebookTwitterAlfred Wegener Institute: Sea ice development in both polar regions at normal level Arctic On 31 January, 2021, the sea-ice extent in the Arctic was 14.29 million km², roughly the same level as in the previous two years. In terms of the long-term trend for the month, January 2021 comes in at 7th place […] 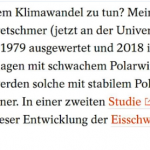 Share this…FacebookTwitterPotsdam climatologist Prof. Stefan Rahmstorf is emerging as an outlier on the claimed polar vortex science behind this past winter’s extreme cold waves in the US and Europe. German climate site Die kalte Sonne presented its 19th video which looks at Potsdam Institute Professor Stefan Rahmstorf’s claim of polar vortex instability being due to […]

Share this…FacebookTwitterResearch on polar bear sightings using a systematic “regional marine mammal sightings programme” during 2005-2018 reveals there were 1,433 polar bears sightings from 2005-2011 compared to 2,569 during 2012-2018 around Svalbard. The perspective that polar bears  are endangered by global warming because reduced sea ice limits their seal-hunting opportunities is  again contradicted by real-world […]

Share this…FacebookTwitterIf Al Gore had been an activist in the 1940s, he would have certainly predicted an ice-free Arctic by 1960, or at least by 1980. And of course, as usual, he would have been wrong. Al Serial-Exaggerator Gore gets exposed again Back in the 1930s and 40s, the globe had been warming at a […] 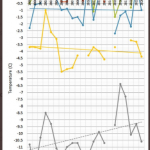 Share this…FacebookTwitterBy Kirye and Pierre Gosselin Before looking at Antarctica Peninsula, we first take a look at Greenland, which also is considered by the global warming alarmists to be part of the most threatening tipping points. If the ice on Greenland ever melted, like they warn it will, sea levels globally would rise some 6 […]