Browse: Home / 2022 / December / 12 / New Study: Birch And Pine Forests Far More Abundant In The Arctic During The Holocene Than Today

New Study: Birch And Pine Forests Far More Abundant In The Arctic During The Holocene Than Today

Trees, plants, and animal dwellers tell a much different story about the climate of the last 11,000 years than those claiming the modern Arctic temperatures are unusually warm.

A “warmer than present” Arctic climate from 9,000 to 3,500 years ago (Brown et al., 2022) was suitably warm enough to sustain aquatic species like sponges and frogs, and to satisfy the year-round food energy requirements of moose that feed primarily on aquatic trees (leaves, twigs, buds) and vegetation.

Birch and pine forests permeated the northernmost regions of Arctic Norway until about 1,500 years ago, when it became too cold. 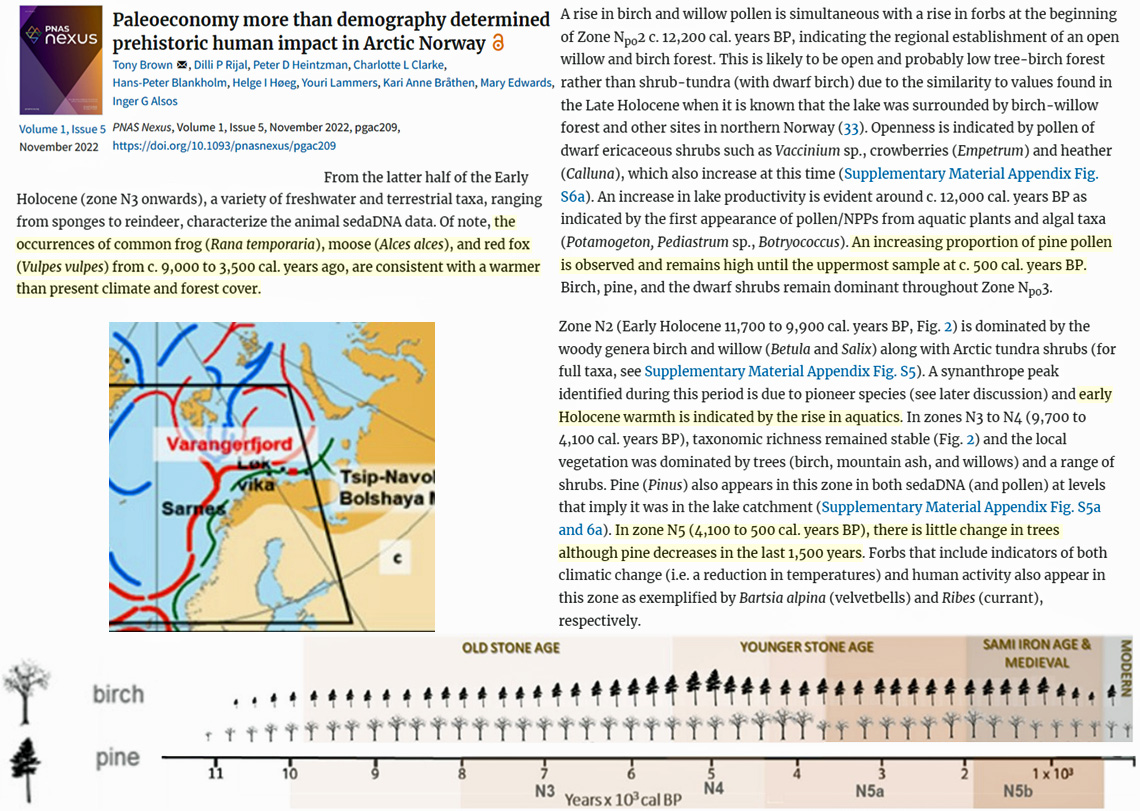 These findings are consistent with other studies indicating the coasts of the Arctic Ocean were forest-covered during the Early Holocene, affirming the Arctic was anywhere from 2.5 to 7°C warmer than today (McDonald et al., 2000) during a period when CO2 levels were about 260 ppm. 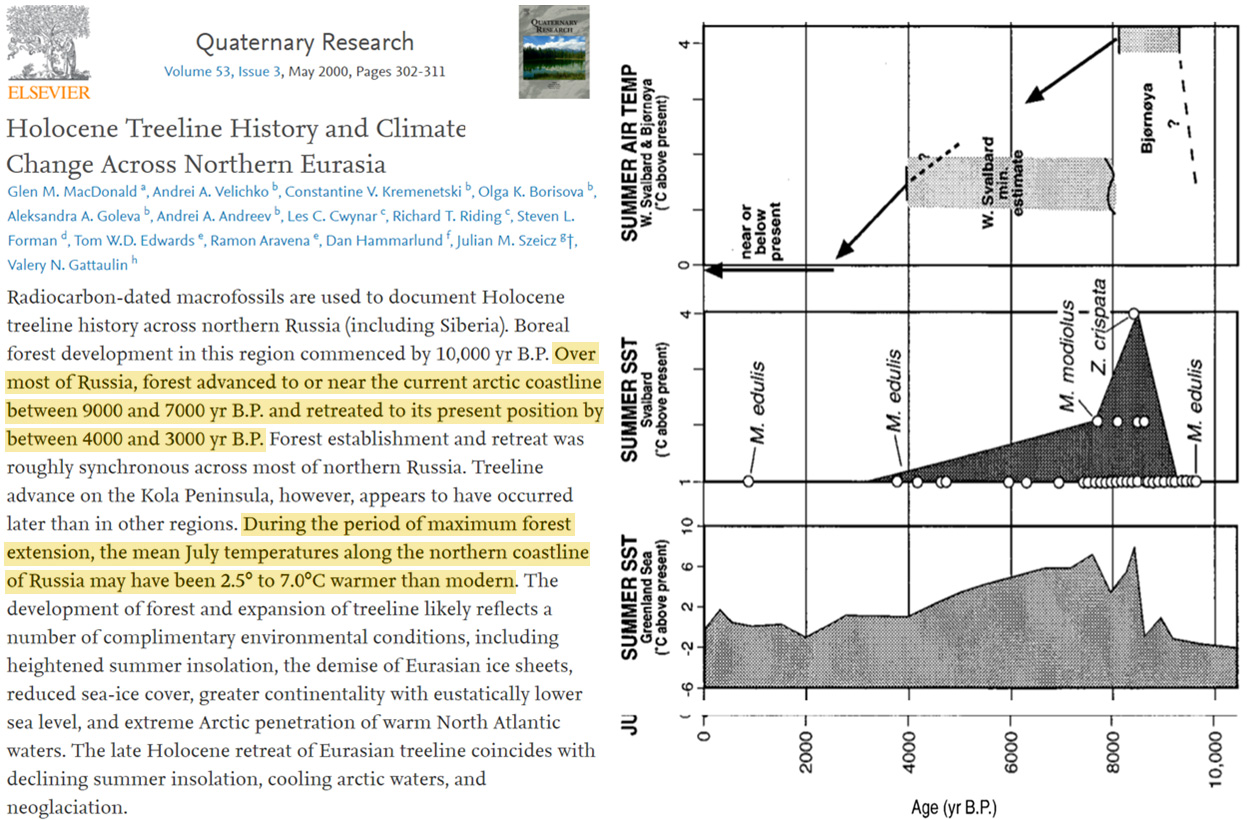 3 responses to “New Study: Birch And Pine Forests Far More Abundant In The Arctic During The Holocene Than Today”