Greenland Ice Melt Has Caused Only 7 Millimeters Of Sea Level Rise From 2002 To 2011!

Share this… Facebook TwitterGreenland isn’t melting rapidly after all. We keep hearing that melting there has been accelerating, and that if it melted, sea levels would rise a catastrophic 7 meters. New data just released by the Helmholtz Centre in Potsdam, Germany, shows that over the last 10 years only 240 gigatons of ice have melted. […] 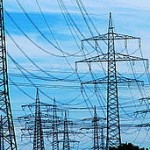 Share this… Facebook TwitterWhat subsidies and government meddling in the free market could not accomplish, will probably soon be attempted by a government takeover. Flagship daily the Frankfurter Allgemeine Zeitung (FAZ) here writes that there are 4 main obstacles in Germany’s energy transformation: 1. Wind supply is unpredictable. 2. There’s no good way to store electricity. 3. […]