Share this…FacebookTwitterWe all know that Romney is wishy-washy when it comes climate change science, and that us so-called skeptics were not at ease with that. Well, now you can cast your worries aside. Over the last hours there’s been a lot of buzz out in the media that Paul Ryan has been chosen as Romney’s […] 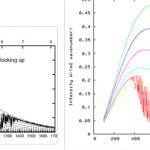 Share this…FacebookTwitterBy Ed Caryl Some commenters on my previous articles using MODTRAN, here and here, have called into question the validity of using it to investigate the physics behind the CAGW theory. Of course in the 24 year history of MODTRAN, the US Air Force and many other organizations, including climate scientists, have validated the […]