Share this…FacebookTwitterFlagship ZDF German public television, Germany’s equivalent to CBS or BBC, reported on Hurricane Sandy yesterday evening on it famous “heute journal” news show. I was watching it live (which is very rare for me) and I couldn’t believe what I heard. What follows is the video link of the broadcast. Just listen here to what the […] 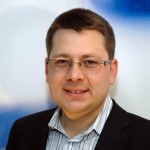 Share this…FacebookTwitterYesterday evening I watched a special report on Hurricane Sandy on Phoenix public television. Meteorologist Dr. Karsten Brandt. (Photo source: donnerwetter.de) Phoenix invited meteorologist Dr. Karsten Brandt as an expert. Brandt is co-managing director of donnerwetter.de. He was asked by the Phoenix news achorman if we should expect more and bigger storms due to […]