Germany’s rosy vision of electric car mobility, like windmills and solar energy, may have once looked good on paper, but it sure is now taking a licking from reality. 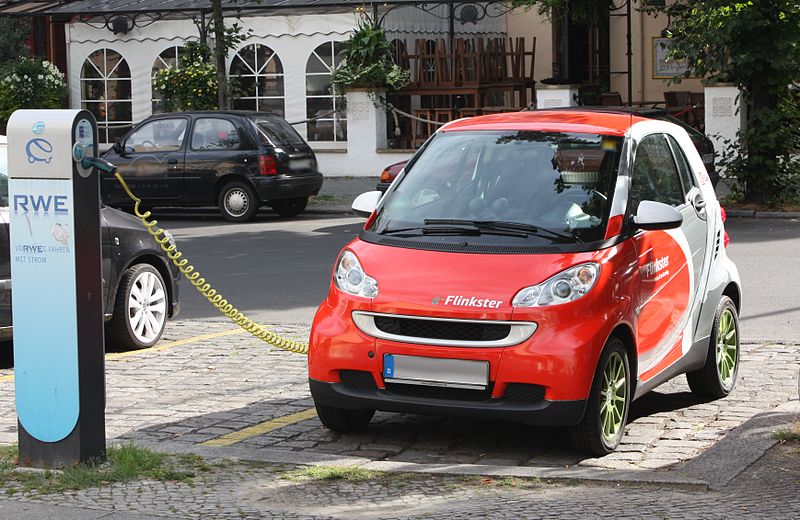 “In the process of dying off,” says a German auto expert from the University of Duisburg-Essen. Photo credit:  Michael Movchin, Creative Commons Attribution-Share Alike 3.0 Unported license.

So far it hasn’t worked out. The electric auto, which just a few years ago was idolized as a ‘technological revolution for transportation’, just isn’t taking off. The E-Auto project is in the process of dying”, laments Ferdinand Dudenhöffer, auto expert at the University of Duisburg-Essen. […] The pioneers, no question about it, are disappointed.”

On paper the revolution is already rolling. But not on the street. To the contrary: some pilot projects are quietly disappearing.”

Not long ago proponents were pitching the vision of electric cars moving almost silently in the city, producing no smog, accompanied by an extensive network of convenient charging points located at every parking lot and at home…”park and charge” everywhere. Most of the electricity of course would come from wind and sun, and the planet would be saved. And no more extreme weather.

German environmentalists, saw it as an opportunity for Germany to show the world how it’s done and thus got the government to invest massively in the electric car infrastructure.

Today, the whole project appears to be in ruins. Powering electric cars, after all, would have required a far greater supply of electricity. But instead of assuring more production of CO2-free electricity, Germany shot the electric mobility project in the heart when it shut down 8 of its 17 nuclear power plants two years ago. Now the country finds itself importing electricity.

Without the plentiful supply of cheap electricity that nuclear reactors provide, there is no chance of electric car success. At the moment Germany is struggling to supply the basic needs of the country, let alone the power that another 50 million cars would need!

Another obstacle for energy for the electric car is that solar energy and wind energy are nowhere near fulfilling expectations. The industry as a whole has been plagued by bankruptcies. Subsidies are now being cranked back.

Other obstacles of course are the high price of electric cars and their lousy range. Who’s ready to pay $40,000 for what is basically a golf cart and peters out after 100 km?

Electric cars probably could work for many in Germany, if there was a cheap, plentiful and steady supply of electricity. But as long a the country remains stubbornly opposed to nuclear power, then forget about powering cars with electricity.