The climate-catastrophe-obsessed Klimaretter brings us an amusing anecdote which illustrates the absurdity of the green economy. It shows that it’s not really green at all. It’s pure bullshit, and Germans couldn’t care less about scaling back their lifestyles. 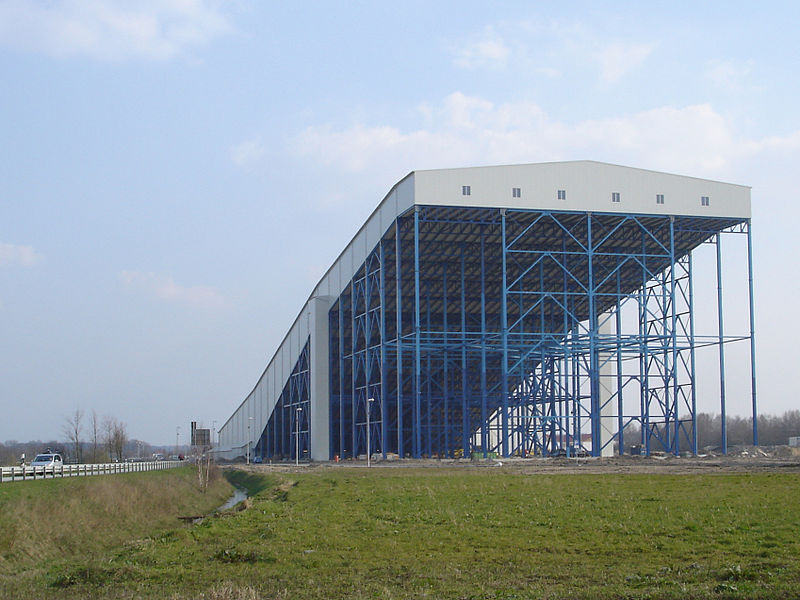 It’s an 8-million euro photovoltaic system that’s as big as 6 football pitches and produces enough power to supply 1700 homes. It’s been subsidized by the Mecklenburg state government to the tune of one million euros. But this particular solar facility is not installed on the roof of a barn or of a green technology production company, rather it was mounted on the roof of an energy-guzzling indoor skiing facility – with the help of government subsidies.

While local politicians are patting themselves on the back for greening up the facility, the opposition greens are claiming it amounts to a subsidy for an energy-gobbling, environmentally-unfriendly project, and not the photovoltaic system itself.

In reality it gobbles enormous amounts of power – together with the adjacent hotel, three times more than what the photovoltaic facility on the roof itself produces. That’s not how environmental protection is supposed to appear.”

But this is precisely how the green movement does appear, and operate. Making token green gestures is all that’s needed to have one’s environmental sins forgiven.

For example, two weeks ago Arnold Schwarzenegger flew all the way from California to Austria in his private jet just to give a speech on the importance of protecting the climate. He also said he fills up his big SUV with bio-fuel. That’s real environmental responsibility, Schwarzenegger claimed.

Another example: every year thousands of delegates and environmental planet-rescuers fly to some swanky resort city for the annual planet-saving, 2-week long climate conferences. All the carbon emissions get offset by planting trees somewhere of course! Al Gore is making hundreds of millions. That’s how environmental protection appears nowadays. The whole thing is a farce and a scam.

The indoor ski slope and hotel facilities in the state of Mecklenburg are said to provide the area with 150 badly needed jobs.

While the greens see this photovoltaic project as an environmental effrontery, the indoor skiing-facility operators view it differently: Not only does the photovoltaic system help make the skiing facility more competitive, it also means less people will have to burn fuel to travel all the way down to the Alps to go skiing. Good point!

But klimaretter is not convinced:

The indoor skiing facility belongs to the Van-der-Valk Group, which makes money with hotel and vacation-apartment rentals. Just as a windpark was being planned in the area of Rostock, the corporate group lobbied against it – in the end the criteria for wind energy in the area were redefined and the area was deemed as being unsuitable. Here, up to 30 times more green energy could have been produced by wind than with the photovoltaic facility in Wittenburg.”

To me it looks like a good place to take the family on a hot summer day.