The Good Maize Gets Burned – While Toxic Leftovers Wind Up In Our Food Chain!

It’s bad enough that the environment is taking a hit from millions of acres of land being converted to a vast monoculture of maize to supply biogas plants and ethanol producers that are supposed to rescue the environment. 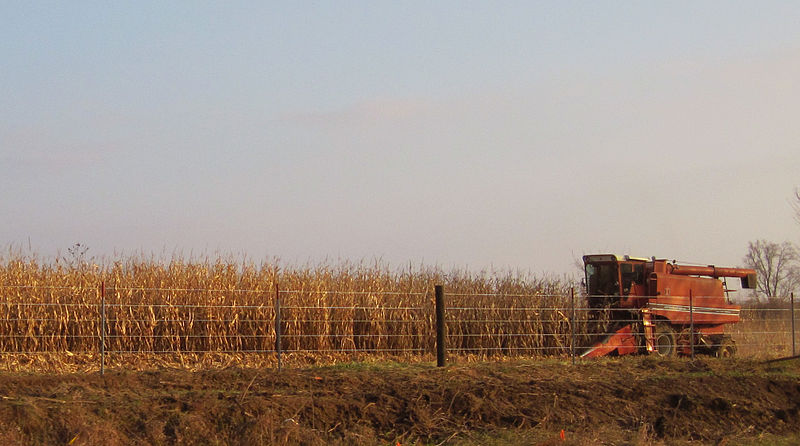 And it is morally questionable that today thousands of tonnes of maize are being taken off the plates of the world’s hungry in order to rescue them from a computer-modelled climate change in 2100.

If that wasn’t bad enough, now the maize that’s left for consumers in Germany is contaminated with cancer-causing Alfatoxin fungus. Bottom line: The good stuff gets burned, and we en up eating the toxic crap that’s left!

As maize farmers in Germany sell their harvests of top quality maize to subsidized biogas plants next door for conversion to biogas fuel, animal feed producers and food processing companies can no longer pay the high local prices and thus have to source the maize they need from foreign countries with low standards and dubious agricultural practices. Result: garbage winds up in the human food chain.

Today, all the major German media outlets are reporting on the discovery of thousands of tons of animal-feed contaminated with Alfatoxin fungus. These animals are for future meat and dairy products consumption.

In Lower Saxony at least 10,000 tonnes of toxic maize feed are now in the feed chain. The goods originate from Serbia, and according to the Minister of Agriculture they are contaminated with the carcinogenic Aflatoxin fungus.”

The question many are now asking is: What is all this dangerous-grade maize feed from Serbia doing in Germany when so much of it is grown here locally? Europeans are burning the high quality maize and poisoning themselves to protect the climate!

Spiegel reports that up to 3500 beef livestock farms may be affected, supplied by 13 feedmills in Lower Saxony. Overall, up to 45,000 tonnes of feed may be involved.

Spiegel writes that Aflatoxin B1 “is one of the most carcinogenic substances in nature” and that the shipment from Serbia had a concentration that was 10 times higher than the allowable limit. The substance was first detected in contaminated milk.

Authorities claim that there is a little danger to consumers.

7 responses to “The Good Maize Gets Burned – While Toxic Leftovers Wind Up In Our Food Chain!”