Data Show That Nature Is Adding Most CO2 To The Atmosphere, And Not Man

The Carbon Cycle, Nature or Nurture – Part 2
By Ed Caryl

To begin that search, the first step is to annualize the sea surface temperature and the change in CO2. This results in Figure 1. 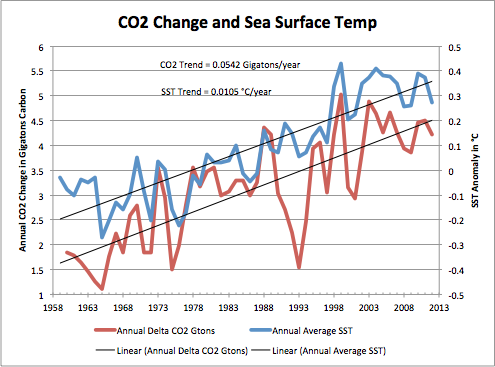 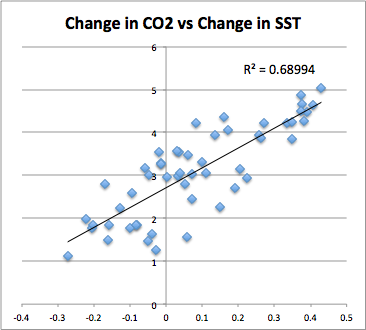 Figure 2 is a scatter diagram of annualized SST anomaly versus CO2 change. Note the R2 value near 0.69.

1960 is near the beginning of the modern rise in CO2 that concerns everyone. It is assumed for this exercise that the sea surface temperature before the CO2 rise began was 0.1°C below the temperature anomaly baseline, and that the SST trend of 0.0105°C equals the CO2 trend of 0.0542 Gigatons per year. With those values assumed, the SST influence can be subtracted, resulting in Figure 3. 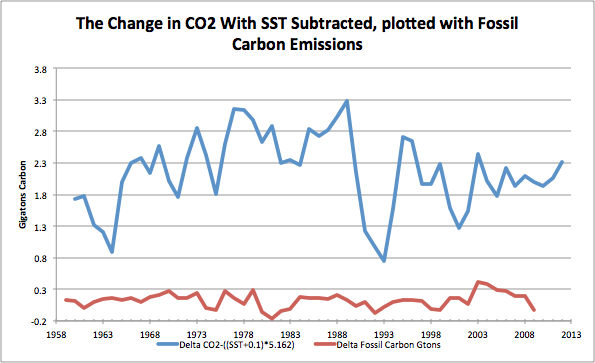 Figure 3 is the change in CO2 with SST influence subtracted.

Oh yes, I nearly forgot. What about man’s influence? 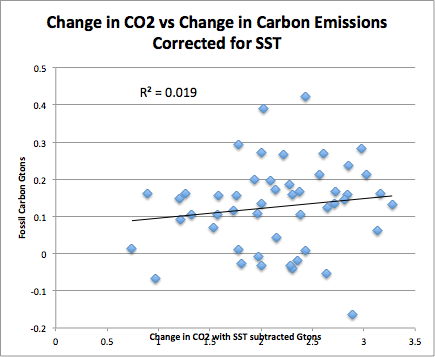 That near zero R2 illustrates that man’s changing carbon emissions do not appear in the overall CO2 data, especially after removing SST influence. Man’s contribution is totally absorbed in the biosphere in real-time. There is no anthropogenic signature. Any carbon emission change is invisible in SST driven change and the continuous noise provided by volcanoes. There is no persistence, no CO2 lifetime beyond the present year. Man does not add to the load. All the “green” efforts are silly, misguided, but hideously expensive exercises in futility. Nature is producing all the CO2, and when the sun stops driving sea surface temperatures, CO2 will fall again.

“The true beauty of nature is her amplitude; she exists neither for nor because of us, and possesses a staying power that all our nuclear arsenals cannot threaten (much as we can easily destroy our puny selves).”

11 responses to “Data Show That Nature Is Adding Most CO2 To The Atmosphere, And Not Man”