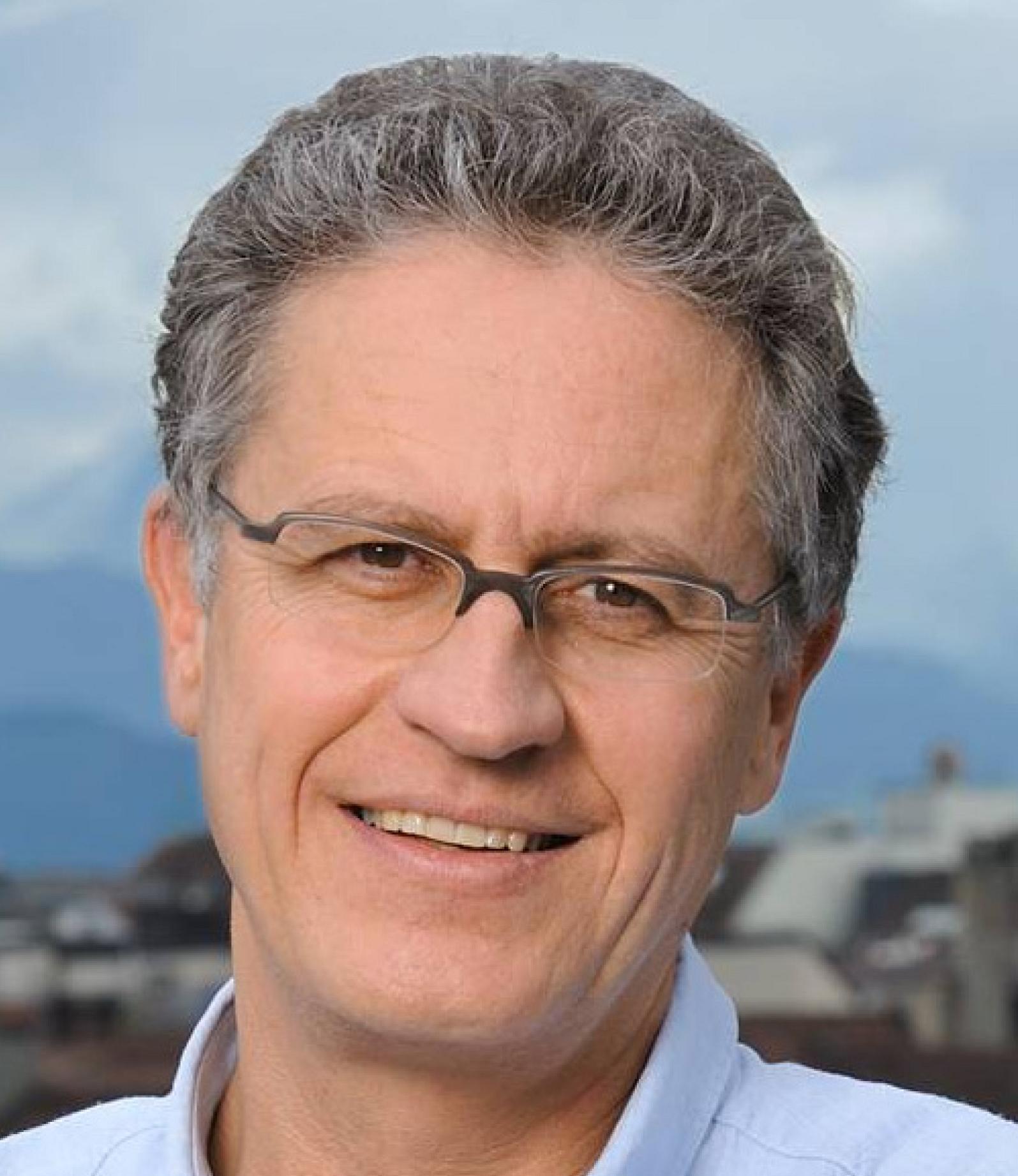 What follows is the 2nd part of the Weltwoche interview. Yesterday in Part 1 we read:
1. Stocker said the theory claiming global warming causes cold European winters is not robust.
2. Stocker was caught fibbing in claiming that the projections of IPCC models were “extremely good”.
3. Stocker had ignored inconvenient science from his own institute.
4. Stocker appeared unaware that global warming had not risen in 15 years.

Part 2 of the Stocker/Weltwoche interview

In part 2, Stocker contradicts Ben Santer and claims that 17 years are not enough to establish a climate trend, insists that warming is taking place and that the model projections have been “extremely good”. Part 2 reveals how the IPCC science is hanging from a thread. Stocker obstinately maintains there is no CO2 lag behind temperature, claiming that they moved “simultaneously” in the past. Stocker erroneously believes CO2 is the only explanation for the 20th century warming.

WELTWOCHE: So you would never say that we are observing 17 years of climate warming stagnation?

STOCKER: No, already the association of ‘seventeen years’ and ‘climate warming’ is false. When we talk about a climate warming we mean the long-term trend, the one we see in the second half of the 20th century.

Lüning: That’s a bit mysterious. In a paper appearing in 2011, Stocker’s former IPCC colleague Ben Santer and 16 other co-authors determined that 17 years are enough to detect a climate trend. Now it has been 17 years since the end of warming began and suddenly many more years are required. What doesn’t fit is made to fit. Real science looks completely different.

WELTWOCHE: We don’t see it with the temperatures.

STOCKER: To the contrary we see signals in all components of the climate system: at the ice sheets, which are losing mass; in the oceans, which are measurably warming down to a depth of 4000 m; in the atmosphere, which is warming at the lower levels and cooling above 15 km, and therefore reveal CO2’s fingerprint. The burden of evidence from 130 years of observations and process comprehension is heavy, and it takes more than just a few years of stagnation to destroy this conclusive body of evidence.

Lüning: Once again Stocker gets tangled up in scientifically dubious argumentation. Is he unaware that the Antarctic has gained ice mass as whole over the last years (see our blog article “Neue ICEsat-Satellitendaten sind da: Antarktischer Eisschild hat an Masse zugelegt“)? Even if the Greenland ice sheet is melting (which it did also during the Medieval Warm Period 1000 years ago), IPCC co-chair Stocker here should not resort to cherry-picking with the purpose of reinforcing his personal climate alarmism. Worse is his claim about the CO2 fingerprint in the stratosphere. New studies in the meantime have completely discredited this idea (see our blog articles: “Keine guten Nachrichten für Mojib Latif: Neue Studie im Journal of Geophysical Research hinterfragt den stratosphärischen CO2-Fingeradruck“ and “CO2-Fingerabdruck löst sich in Luft auf: Neue Studie belegt Ozonwirkung auf Temperatur in der mittleren Atmosphäre“). It is a confession of failure when Stocker keeps bringing up “proof” that isn’t proof at all. Again here he seems to hope readers will lack knowledge. The alleged “conclusive body of evidence“ turns out to be nothing more than ruins on the verge of further collapse.

WELTWOCHE: What would it take before you’d admit climate warming has stopped?

STOCKER: You simply want a number of years?

WELTWOCHE: No, just an order of magnitude. Are we talking about 10 years or fifty years?

STOCKER: Galileo once said: ‘And it [the Earth] is indeed turning.’ We can say: ‘And it is indeed warming.’ All indicators that you have mentioned together point to a conclusive explanation: CO2 is responsible for the warming. One topic that we also address in the new report is climate sensitivity.

WELTWOCHE:  That is how much the temperature rises when atmospheric CO2 concentration doubles.

STOCKER: In the last report of 2007 we came to a value of 2 to 4.5°C. Now the question that arises is: Do the last 15 years tell us that the climate sensitivity is closer to the lower range? This discussion is taking place in the science, also with skeptical colleagues – I can assure you.

Lüning: Indeed there is a discussion where the evidence is growing that so-called climate sensitivity is significantly over-estimated. However, one has to know that the climate models for the forthcoming climate report have long since been calculated and there is no longer the possibility of making modifications without starting over from scratch and losing face. The IPCC therefore will hardly be able to back down from its mean of 3°C per doubling of CO2. This means that Stocker’ IPCC is increasingly unable to maneuver and is detached from reality.

Weltwoche expresses a suspicion that many are secretly thinking:

WELTWOCHE: Aren’t you just simply pushing your forecasts so far out into the future that no one will ever know if they come true or not?

STOCKER: Thanks for the question, that’s a really tough one. I can refer you to the table of contents of our report. We said in 2009 that we would like to have a chapter that looks at the near future, one that brings weather forecasts and climate projections together. It is called: ‘Near-term climate change and predictability’. This branch of climate research is still relatively young. For example we cannot say how warm or how wet the year 2025 will be. For the time frame up to about the year 2035, we have to estimate the various factors: What has an impact on the uncertainties and how big are they?

Lüning: This is indeed a dead-sure strategy of avoiding making positive statements for the mid-term future. Every politician who has gotten himself in a jam and found his citizens demanding results knows the tricks. Stocker tells us how he is pleased to get the question, but then goes on telling us about future projects whose quality cannot be assessed at the moment in any way and will no be able to be assessed any time soon.

WELTWOCHE: Then we’ll have to wait until 2035 to check to see if you’re right?

STOCKER: No. As I’ve said, we have been assessing climate projections at the IPCC since 1990 and they have been measurably right up to today. If you ask me, if I’m still in good health in 2035, I’ll be looking back at a short phase of temperature stagnation that resulted from a combination of various effects – that is if a large volcano doesn’t erupt. 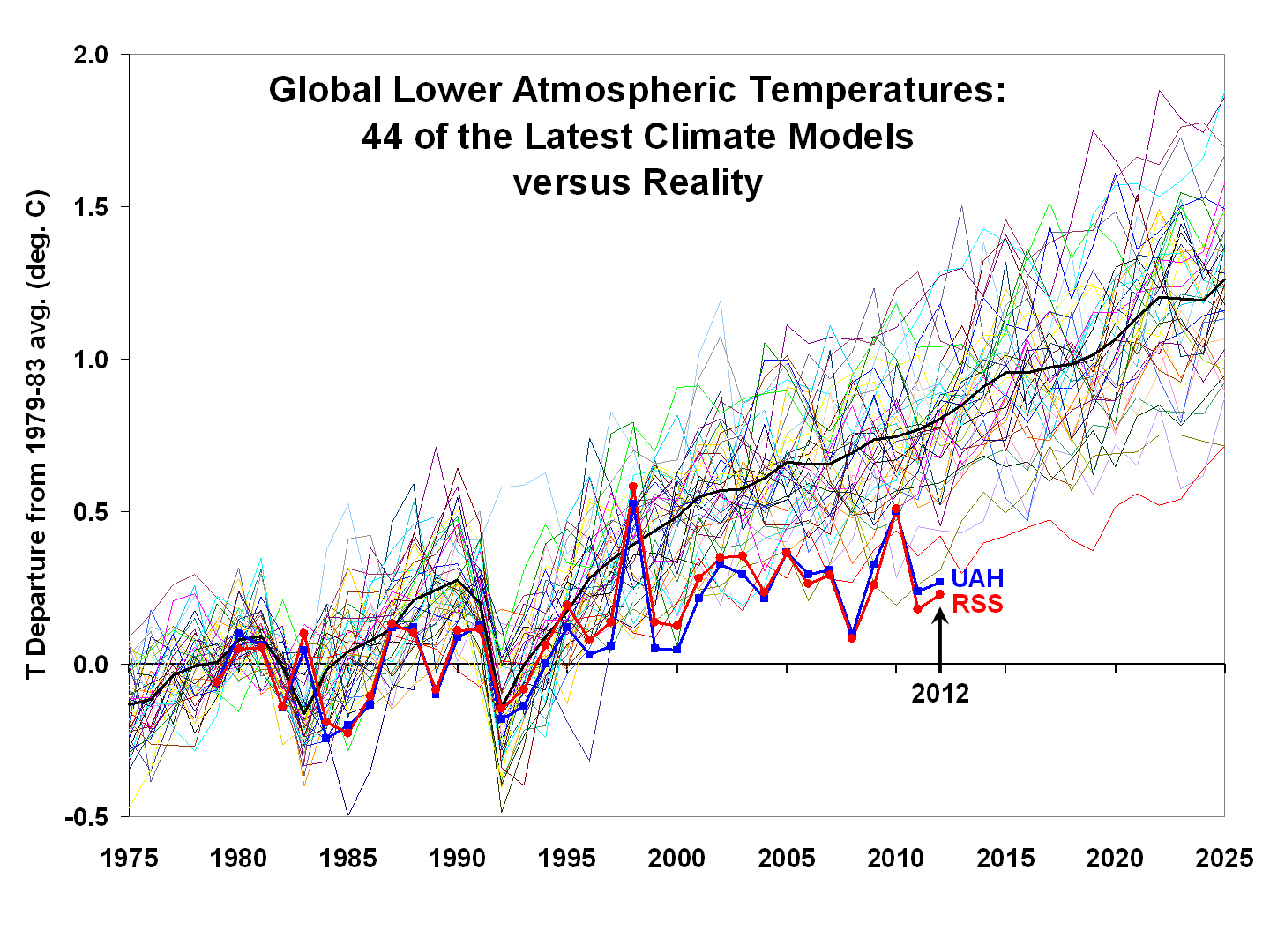 Lüning: Professor Stocker, we’ve already been through all that. Die IPCC temperature prognoses since 1990 have not been “measurably right“, rather they have been poor to outright useless. Is this perhaps the IPCC’s last thread that is keeping it from going under? Is this what modern, robust science looks like? To be more specific, ocean cycles specialist Professor Mojib Latif warned not long ago that a warming cannot be expected over the next decade due to cooling Atlantic and Pacific cycles. This is completely plausible and is in agreement with the empirical findings of the last century. Thus it is only a question of a few years before the real temperatures drift below the lower boundaries of the IPCC simulated temperature range, which once was considered an impossibility. When that happens, the last thread breaks and it all goes down. The 54-year old Stocker will likely experience this inconvenience long before he reaches retirement. It remains open whether or not he will have the courage to openly discuss the errors of the IPCC simulations. But why wait until then? Already today it would be high time to take a hard look at reality and to start taking the natural factors of climate change into account.

WELTWOCHE: The IPCC consensus is that man-made greenhouse gas CO2 leads to a warming of the climate. But this relationship is observed only over the last 150 years.

STOCKER: Take a look at the chart of measurements from the Antarctic ice for the last 800,000 years: If that is not a correlation between temperature and CO2! The CO2 concentration that we measured in the ice was high during warm times, and low during cold periods.

Lüning: Al Gore in his film already stepped into that trap. Here cause and effect get reversed. Does it get warmer when CO2 rises? Or is it the other way around, where a warm ocean releases stored CO2 into the atmosphere? Weltwoche knows the real relationship:

WELTWOCHE: To the contrary, CO2 rises after temperature increases, and so CO2 could not have possibly caused the warming.

STOCKER: We’ve reported on the CO2 lag. However in light of new studies I have to gradually reconsider – but not in the sense you’d like: The studies show that CO2 and temperatures rise simultaneously. The sequence of warm and cold periods is driven over 100,000 years by the cycles described by geophysicist Milankovitch in 1920  It gets down to the position and angle of the earth’s rotational axis and the Earth’s orbit around the sun.

Lüning: The CO2 lag has always been a major irritant for the IPCC. That’s why scientists close to the IPCC produced new studies using questionable methodologies that allow the IPCC to get around the problem (see our blog article”Statistik-Trick befördert CO2 vom Beifahrer zum Chauffeur: Fragwürdiger neuer Shakun-Artikel in Nature“). With the assistance of these tailored studies, Stocker is able to use the old Al Gore trick for readers unfamiliar with the science. This is a sad story.

More important today than the long-term Milankovitch orbital cycles concerning our climate, are the fluctuations in solar activity. Weltwoche brings it up:

WELTWOCHE: Couldn’t we better explain the climate cycles with the sun’s influence?

STOCKER: That’s valid for pre-industrial times when CO2 was more or less 30% below today’s levels. We still need the sun as part of the explanation – here we have no differences. But for the last 50 to 70 years, and especially concerning the extent of the warming, it is not possible to conclusively explain it without the man-made factors. Why did the temperature increase 0.8°C during the 20th century? This cannot be explained without CO2.