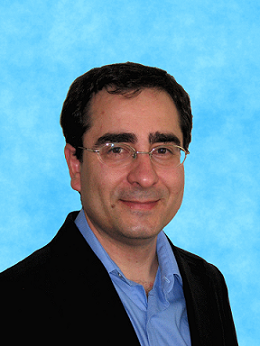 Professor Scafetta examined tide gauge records scattered over the globe that go back 300 years and compared the data to ocean cycles PDO, AMO and NAO indexes. He found some interesting results, to put it mildly.

According to the abstract of Scafetta’s paper:

Tide gauge accelerations oscillate significantly from positive to negative values mostly following the PDO, AMO and NAO oscillations. In particular, the influence of a large quasi 60–70 year natural oscillation is clearly demonstrated in these records.”

…to be characterized by significant oscillations at the decadal and multidcadal scales up to about 110-year intervals. Within these scales both positive and negative accelerations are found if a record is sufficiently long. This result suggests that acceleration patterns in tide gauge records are mostly driven by the natural oscillations of the climate system.”

No mention here of anything man-made. His conclusion also states (my emphasis):

In fact, although during the last 40–60 years positive accelerations are typically observed in tide gauge records, as found by Sallenger et al. (2012) and by Boon (2012), also during 40–60 year intervals since the beginning of the twentieth century equivalent or even higher positive accelerations are typically observed. On the contrary, at these same time scales, negative accelerations are observed during the middle of the twentieth century. This pattern demonstrates the influence of a large multidecadal 60-year natural cycle, which has been found in climate and solar/ astronomical records by numerous authors (e.g: Klyashtorin et al. 2009; Jevrejeva et al. 2008; Chambers et al. 2012; Scafetta 2010, 2012a; Scafetta and Willson 2013; Ogurtsov et al. 2002; Soon and Legates 2013).”

The argument that man’s fingerprint can be found in global sea level rise over the last century is looking weaker than ever (ignoring contribution by groundwater extraction on land). Sea level rise began its steady hike in 1850 when the world began to thaw naturally in the wake of the Little Ice Age. Periods of acceleration and deceleration coincide with oceanic cycles and have nothing to do with CO2 concentrations, let alone man.

The following chart is Figure 2 of the paper and is for illustrating the relation between the AMO and New York’s tide gauge record: