Share this…FacebookTwitterBreaking! It’s late, and so hopefully there won’t be too many misspellings. It seems the global warming regime is imploding in Germany. A short time ago a report at the online Spiegel, authored by Axel Bojanowski, appeared concerning the blocked Schellnhuber-appointment as director of the WBGU. More details are surfacing. The once influential WBGU […]

Share this…FacebookTwitterThe junior partner of Angela Merkel’s CDU/CSU center-right government, the business-friendly FDP Liberal Democrats under Philipp Rösler, have made an astonishing and bold move. The Süddeutsche Zeitung here reports: FDP blocks climate expert Schellnhuber He is one of the world’s most famous climate scientists. But that does not seem to impress the liberal democrats at all: The […] 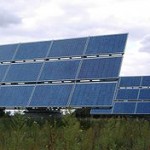 Share this…FacebookTwitterGerman national daily Die Welt here reports on the desolate state of Germany’s renewable energies, particularly solar and biofuel, written by Daniel Wetzel. Once believed to hold the key to future jobs and prosperity, renewable energies in Germany are now emerging as a complete flop and a national embarrassment. Coming on the heels of the […]