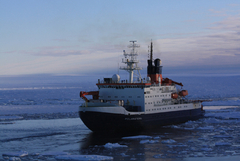 For a science claimed to have been settled already years ago, there sure are lots of new, profound questions popping up. For example: Why has global warming stopped? or Why are European winters getting bitter cold? or Why have the models been so wrong? or Where are the hurricanes!

Now there’s another question that has been unsettling scientists as of late: Why is Antarctic sea ice expanding? 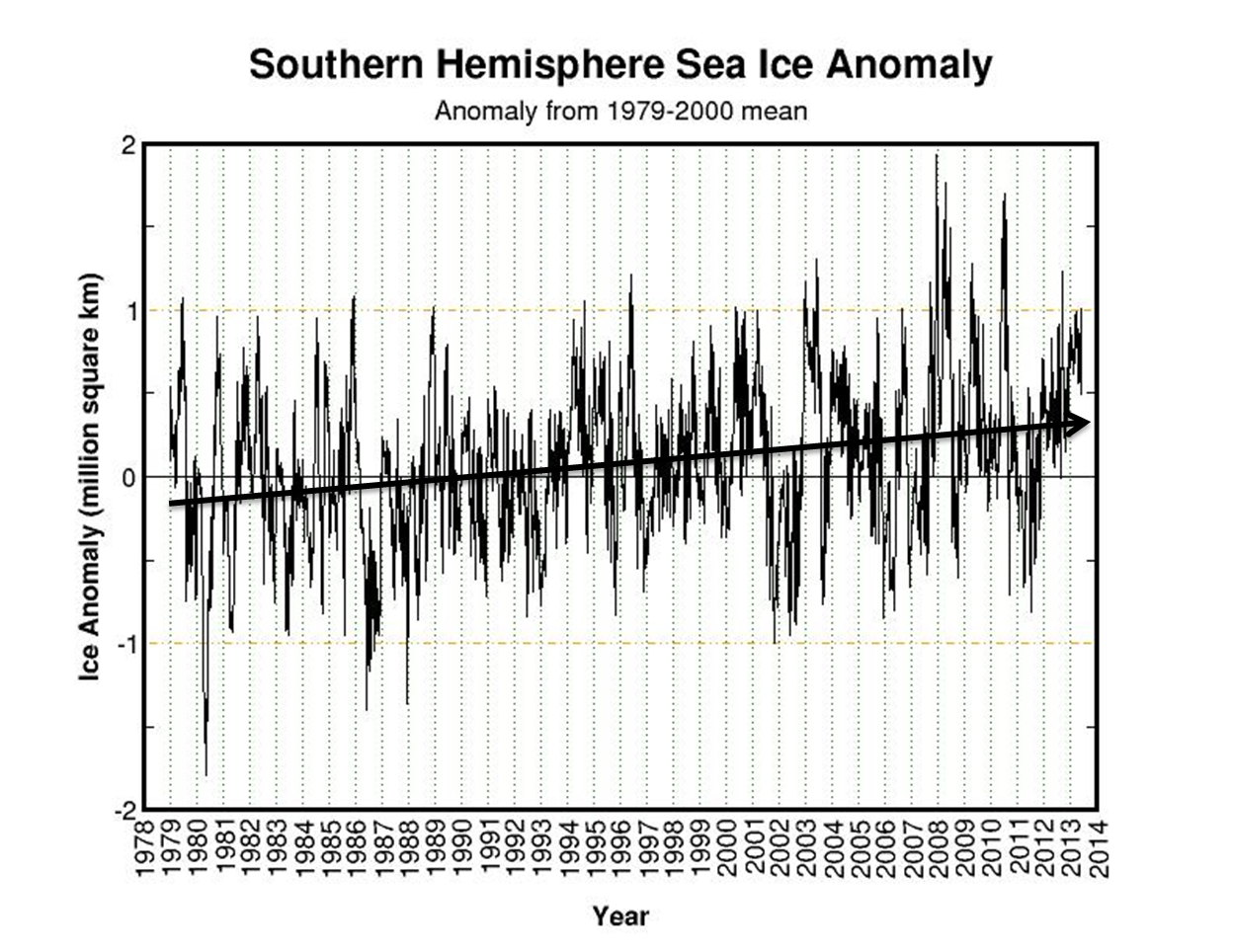 This is one question a German research institute now aims to answer. Antarctica has long been a painful thorn in the warmists’ side. Hopefully a real answer will be found, and not some concocted plausible-sounding explanation of the sort we’ve been getting lately.

Below I’ve highlighted the part describing one of the purposes of the expedition:

Bremerhaven, 6 June 2013. A group of researchers from the Alfred Wegener Institute, Helmholtz Centre for Polar and Marine Research is flying to South Africa today. However this trip south is no summer holiday, but rather the start of a special journey: on Saturday, 8 June 2013 the research vessel Polarstern will be embarking on an expedition to the Antarctic winter. 49 researchers from institutes in twelve countries together with 44 crew members will spend a good two months in the Southern Ocean. They will be exploring the sea ice, the atmosphere and the ocean, until the expedition comes to an end on 12 August in Punta Arenas, Chile.

The research ice-breaker Polarstern is one of the few ships in the world that is able to navigate the Antarctic Ocean in the winter. At this time of the year the Weddell Sea, which is the destination of the expedition, is covered by sea ice, and the members of the expedition team will face temperatures of around minus 30 degrees Celsius and the polar night with only a few hours of twilight. These special conditions have meant that not enough research has been carried out into several physical, chemical and biological processes in the Antarctic winter. The Antarctic plays a key role in the Earth System: It is where the so-called deep water, which drives global ocean currents, is formed.

Chief scientist Prof. Dr. Peter Lemke from the Alfred Wegener Institute has assembled an international team and is taking the most modern research equipment on the expedition in order to obtain baseline data in the wintery Antarctic. On the Greenwich Meridian through to the Antarctic coast the team plans to investigate, for example, the fundamental question of why Antarctic sea ice is expanding slightly whilst the sea ice cover in the Arctic is steadily shrinking.

The second half of the expedition then moves on to the incipient spring: the planned route takes the Polarstern from the Antarctic coast in a north-westerly direction, away from the polar night and into the rising sun. The second central question addressed by the research programme looks at which mechanisms permit the ecosystem of the Southern Ocean to come back to life after the long, cold and dark winter. You can also follow the route of the Polarstern live here: http://expedition.awi.de/.”