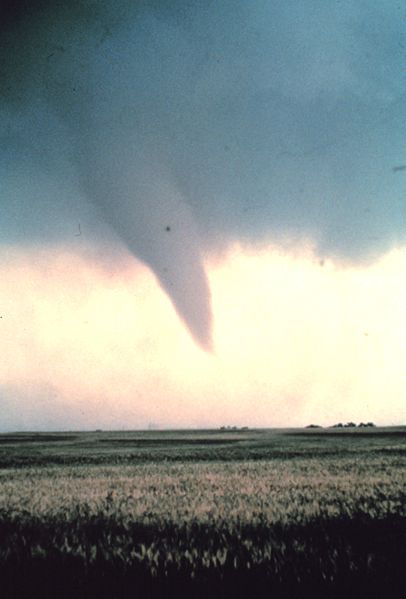 The Great Tornado Doldrums: No Relationship Between Climate Change and Tornadoes
By Sebastian Lüning and Fritz Vahrenholt (translated by P Gosselin)

In May 2013, there was a series of severe tornadoes that caused horrible damage. The media reported profusely on these events (see our blog article “Violent Tornado Double Strike in May 2013 in Oklahoma: The History of Tornado Alley Since 1950“). How should we perceive these storms? Has tornado activity perhaps increased over the recent years, as some commentators have assumed from their gut feeling? If yes, could climate change perhaps have something to do with it?

Rather than relying on the suspicions and interpretations from third parties, it is worthwhile to have a closer look at real data so that a scientific basis can be established for the purpose of discussion.

We therefore first take a look at the tornado frequency of the last 8 years (Fig. 1). The steepest increase in each of the curves takes place in April and May, which is the main tornado season. Surprisingly, despite the prominent storms, the year 2013 (black curve) is in last place, and is comparable only with the year 2005 (green curve), which also saw relatively few tornadoes. The years 2008 and 2011 saw the most tornadoes.

And how does this compare to the long-term? Figure 2 depicts the statistically evaluated tornado frequencies since 1954. Also here the year 2013 ranks near the bottom. More than three quarters of all years saw more tornado activity than 2013.

Figure 2: Long-term tornado frequencies in the USA since 1954. Besides the strongest and weakest tornado years, also the limit range for the upper and lower 25%, as well as the mean value (50%) are shown. Source: NOAA Storm Prediction Center.

And how was last year? Also in 2012 tornadoes were relatively rare, as no year saw fewer tornadoes than 2012 since tornado recording began in 1954. 2012 was the absolute low-point of the officially recorded tornado development of the past 60 years. The lilac-colored curve in Figure 2 represents the year 2012, which is not that far off from the current 2013 year (black).

Next let’s take a look at a bar chart of the last 40 years (Figure 3). Also here we can observe that tornado frequency has a downward tendency rather than an upward one.

Even though the average global temperature has risen half of a degree Celsius over the last 40 years, tornadoes have not become more frequent. Rather the contrary has occurred; they have decreased somewhat. Thus it is no wonder that the NOAA takes a clear position at its information website, and excludes climate warming as the trigger for tornadoes:

Does ‘global warming’ cause tornadoes? No. […] ‘Will climate change influence tornado occurrence?’ The best answer is: We don’t know.”

Also the Extreme Weather Report of the IPCC from 2011 is unable to find a trend in tornado development over the last decades. In the meantime this knowledge has become known to the activist groups close to the IPCC and are now no longer able to escape this reality. One of these groups is the Union of Concerned Scientists, who still claim that the main reason for climate warming is man. In a blog article dated 22 May 2013 titled “Evidence to Date Does Not Show Clear Link Between Tornadoes and Climate Change” the group writes:

The short answer is that scientists don’t see a clear link between climate change and the number or intensity of tornadoes over the past several decades.”

Dr. Sebastian Lüning is a geologist and Prof. Fritz Vahrenholt is a chemist. Together they authored the climate science critical book “Die kalte Sonne”, which reached No. 1 on the Spiegel bestseller list for non-fiction in 2012.