Are you’re getting bored by all the repeated nonsense you hear when listening to a climate speech by an alarmist, or watching a climate report on TV, or just reading a newspaper report on climate? Then try playing “Climate Bullshit Bingo“: 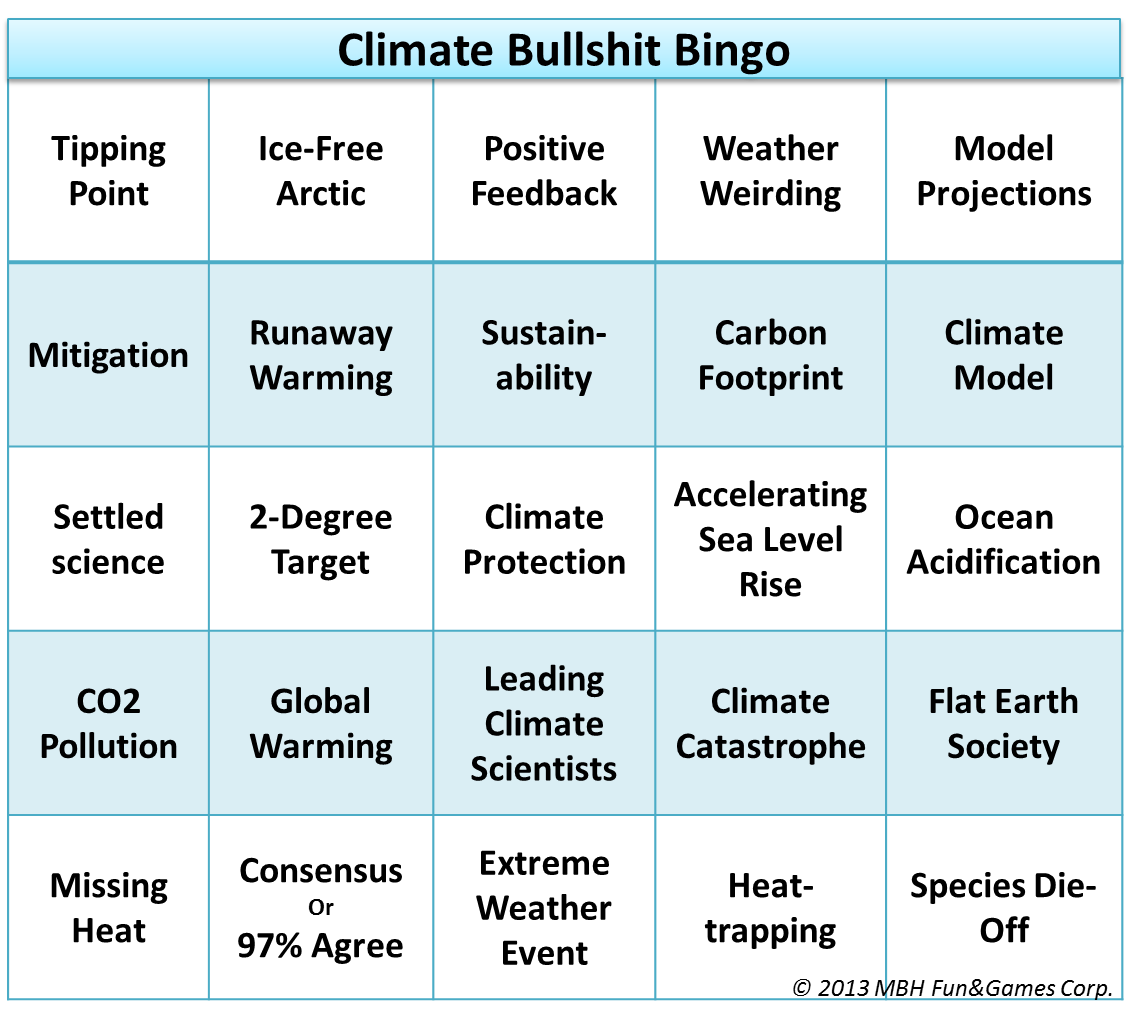 Whenever you here one of the climate buzzwords on the card above, check it off and call out “Bingo!” as soon as you have a row of five in any direction. Play it with your friends at the next conference or speech (be sure to use different cards).

“I have to admit I’m addicted to the game, and play it every time I see Obama make a speech.”
– Andy R., New York

“I hardly ever called out ‘Bingo!’ at a Heartland Institute climate conference. No wonder I’ve stopped reporting on them.”
– Seth B., Washington D.C.

“My speeches on climate science must be getting better and better. I hear people shouting out ‘Bingo!’ earlier and earlier, sometimes after less than a minute!”
– Michael M., Pennsylvania

“It was fun at first. But with so many people shouting ‘Bingo!’, it’s kinda become a distraction at UN conferences.”
– Anthony W., California