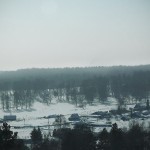 Share this… Facebook TwitterGermany’s greens are hopelessly arrogant, believe they’ve been bestowed with superior intelligence, and are thus convinced they have been naturally selected to boss the rest of the world around. Well, these really aren’t attributes of greenies, but of other colored people who have discovered the effectiveness of putting on a green act. […]