This is one of those posts about things noticed, remembered, and linked while surfing the web.

It is well known that the local sea level is heavily influenced by wind speed and direction as well as barometric pressure. Most people are aware of storm surges associated with hurricanes, for example. The same thing happens on a near-global scale, and some of it is near-permanent. Here is a global map of sea level anomaly from the University of Colorado. 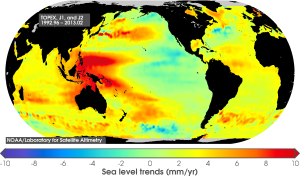 In Figure 1, the sea level in the Western Pacific has risen 10 or 12 mm per year, while the eastern Pacific, parts of the Southern Ocean, and a spot in the Atlantic, have fallen by 3 to 5 mm per year, over the satellite era. 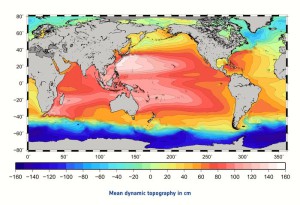 Figure 2 is the sea surface height over the Geoid. 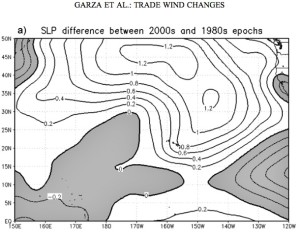 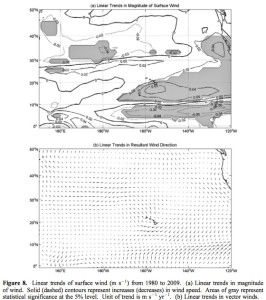