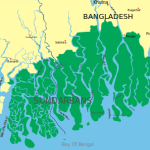 Share this… Facebook TwitterGerman public television seems to have gotten extremely sloppy and misleading lately. Gone are the days of critical reporting and fact-checking, it seems. Not long ago flagship ARD television, using tricky wording, sadly misled viewers into thinking that the more than 15,000 deaths caused by the Japan tsunami of 2011 were caused by the […]