The DWD German Weather Service used to be a highly professional outfit. But over the last few years it seems to have been taken over by activists who have an agenda that is foreign to weather forecasting.

Statements released by the DWD over the recent years often contradict each other. For example in a recent press release the DWD claimed that the trend to a warmer climate remains uninterrupted, both globally and for Germany.

But this is in stark contradiction to the real global data which shows a stagnation approaching 20 years. Moreover the DWD’s own data on mean temperatures for Germany also show a clear stagnation. The warming trend is in fact interrupted: 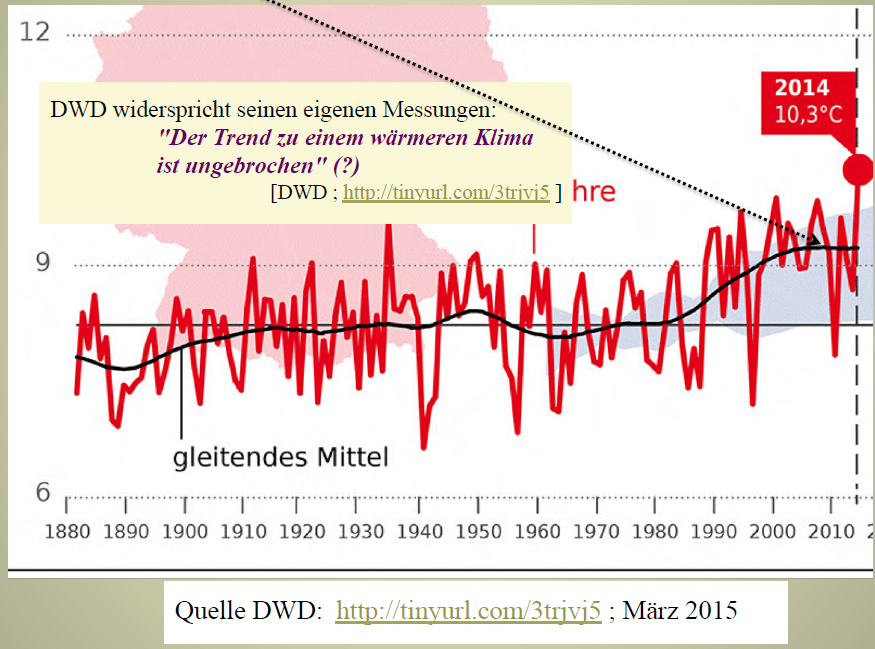 Although 2014 saw a record warm year in Germany, the overall temperature trend over the last 17 years is one of cooling, as Figure 2 shows: 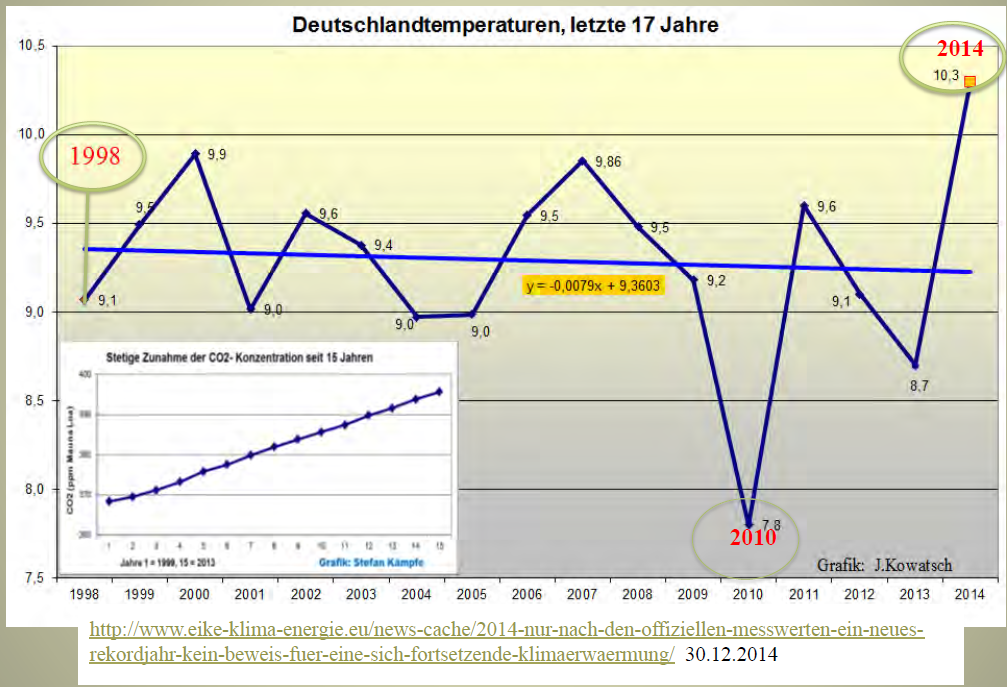 In 2012 the DWD wrote that the long term trend of rising temperatures was uninterrupted in both Germany and worldwide. But then just one year later, the DWD wrote in a May 7, 2013 press release (Hat-tip K.E. Puls):

Is the temperature rise uninterrupted, or is it not?

On June 3, 2012, Gerhard Hofmann of the DWD confirmed on German public radio that the global temperature had not increased in 14 years.

Also Germany’s winters have also cooled over the past 28 years: 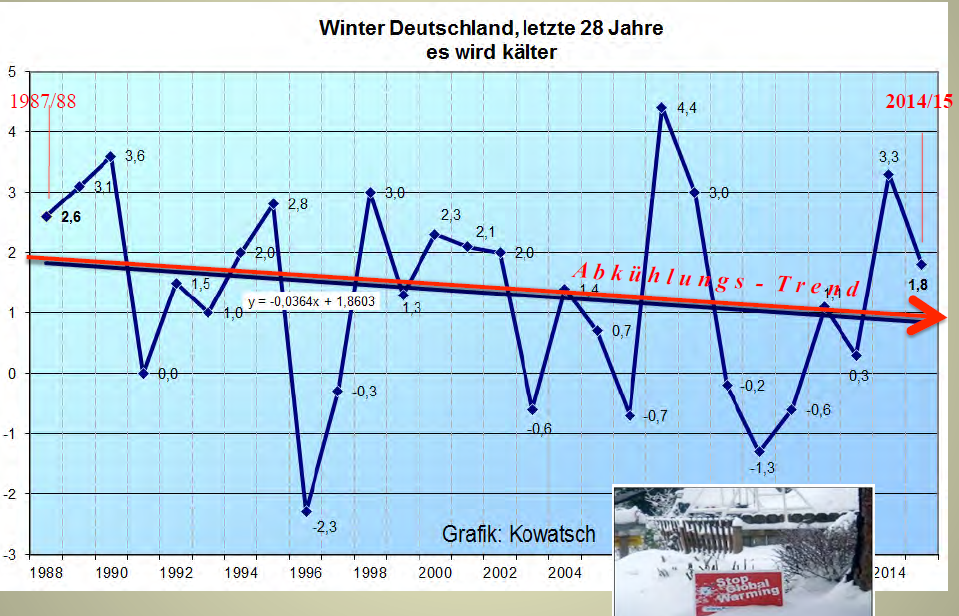 Summer temperatures also have not been going up in Germany either: 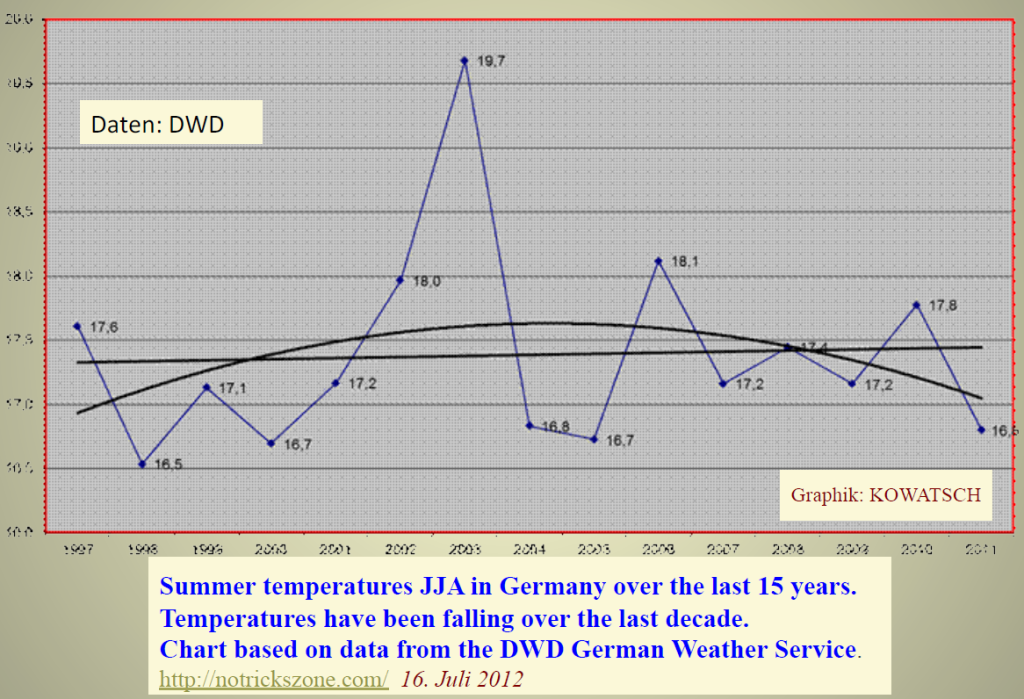 So where does the DWD get the idea that the climate warming has been uninterrupted? Answer: Certainly not from its own data.